The trend of sitting presidents appearing on the late-night circuit was started by former President Barack Obama in 2009. It appears that President Joe Biden is dedicated to continuing this trend as news comes in about his appearance on the “Jimmy Kimmel Live!” show. Read on to learn about his first in-person appearance since taking office. President Joe Biden will make his first in-person appearance on a late-night talk show since taking office. The confirmation comes after the White House released a statement, saying: “Biden will be a guest Wednesday night on ABC’s “Jimmy Kimmel Live!”.

The announcement was also made on Sunday afternoon by Kimmel during the broadcast of “Jimmy Kimmel Live: NBA Finals Game Night” on ABC, which is part of the network’s broadcast of Game 2 of the NBA Finals between the Boston Celtics and Golden State Warriors.

Well, it’s not exactly Biden’s first appearance on a talk show. In December 2021, the President appeared virtually on NBC’s “The Tonight Show” with Jimmy Fallon, his first late-night appearance while in office.

About The Western Trip… 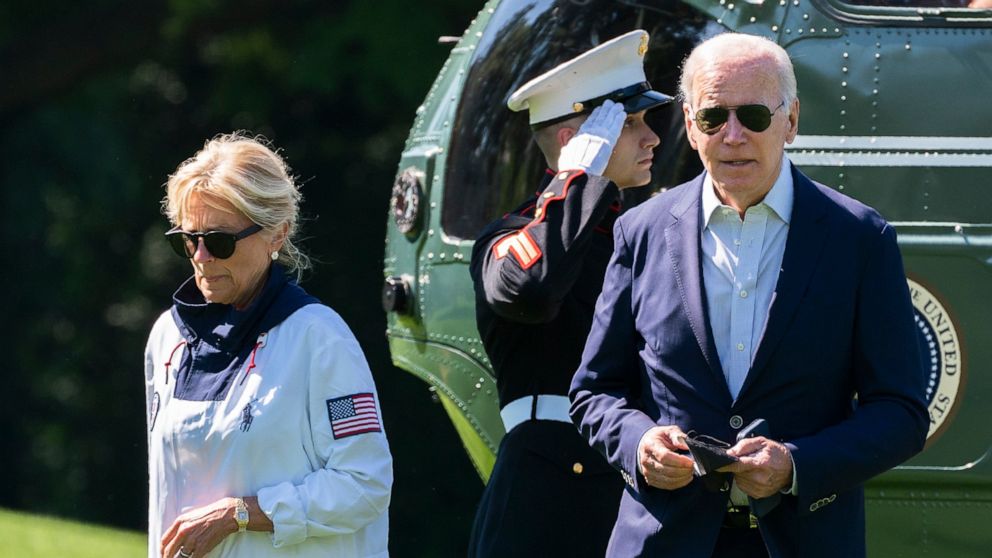 Biden travels Wednesday to Los Angeles to host the Ninth Summit of the Americas. The White House revealed that government leaders from across the hemisphere will gather to discuss economic prosperity, climate change, the migration crisis and the COVID-19 pandemic. Biden will give the summit’s opening address on Thursday.

The political gathering of nations in North, South and Central America will focus on discussions of mutual interests and concerns. As for Biden, he has been cautious, controlling, and sparing in talking to the media, often being hustled away by staffers eager to avoid one of his famous “gaffes” when speaking extemporaneously.

What Can We Expect From Jimmy Kimmel? Kimmel, a staunch liberal, isn’t expected to push any hot buttons when it comes to President Biden. Well, we may see some hard questions related to the recent mass shootings that took place, at least, we hope so.

However, one can expect that Kimmel will be shooting questions regarding the current scenario wherein mass shootings have become a common affair in America. 19 students and 2 teachers were killed by a gunman Salvador Ramos who was pinned down after the said mass shooting that took place at Robb Elementary School.

In less than two weeks, another mass shooting happened in Philadelphia wherein multiple attackers open fired in a crowded street. At least 6 people were killed and more than 11 people were injured. An investigation is still going on about the identity of these shooters. Well, we hope that President Biden gives a promising statement to avoid such situations from occurring once again as America remains scarred by the constant attacks.

“Jimmy Kimmel Live!” airs at 11:35/10:35 on ABC. Kimmel’s interview with President Biden will also be available to view through the show’s YouTube channel soon after the live broadcast. The news is developing. Keep reading my articles for further updates.