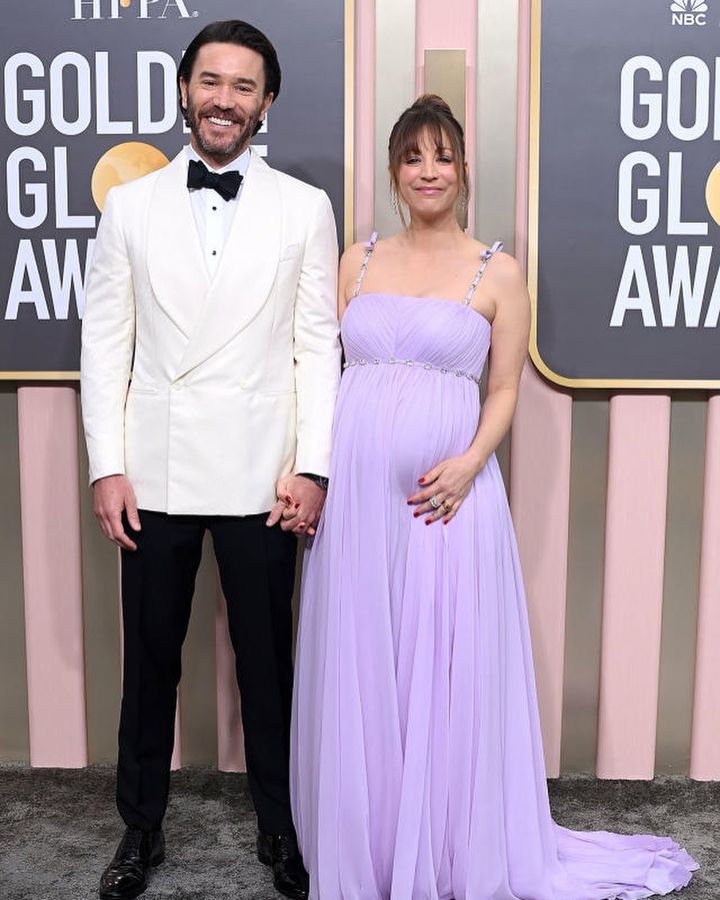 The pregnant actress’s baby bump was the center of attention. She cradled her belly as she posed for the pictures with her boyfriend Tom Pelphrey.

Cuoco wore a custom Vera Wang gown that had an embellished empire waist and delicate bow-tied straps. She accessorized with dangling diamond earrings from Rahaminov Diamonds in Los Angeles.

Her boyfriend Tom Pelphrey looked dapper, he was suited in a white tuxedo and black trousers along with a matching bow tie.

The happy couple kissed on the red carpet as they posed with each other. Kaley Cuoco was glowing, thanks to the pregnancy glow. 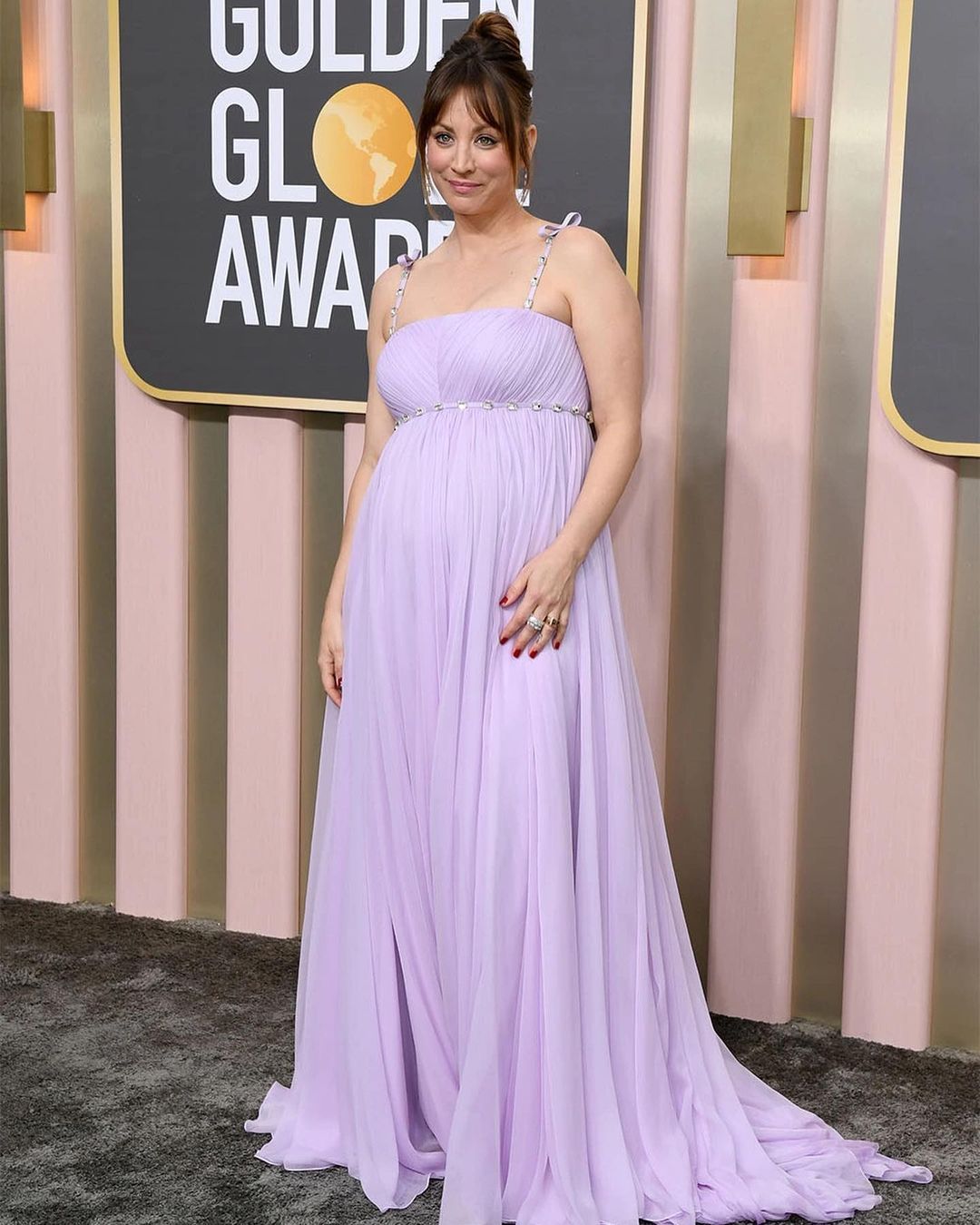 Earlier that day, her stylist, Brad Goreski shared behind-the-scene pictures from the actress’s prep for the red carpet event.

The Big Bang Theory actor has had a streak of unsuccessful relationships and marriages. But she seems to have found her man in Pelphrey. The actress said that she spent a lot of time “kind of figuring myself out,” before she ended up meeting the Ozark actor.

Both actors share a common manager Andrea Pett-Joseph, who set them up. They met for the first time at the Ozark final season’s premiere in April. 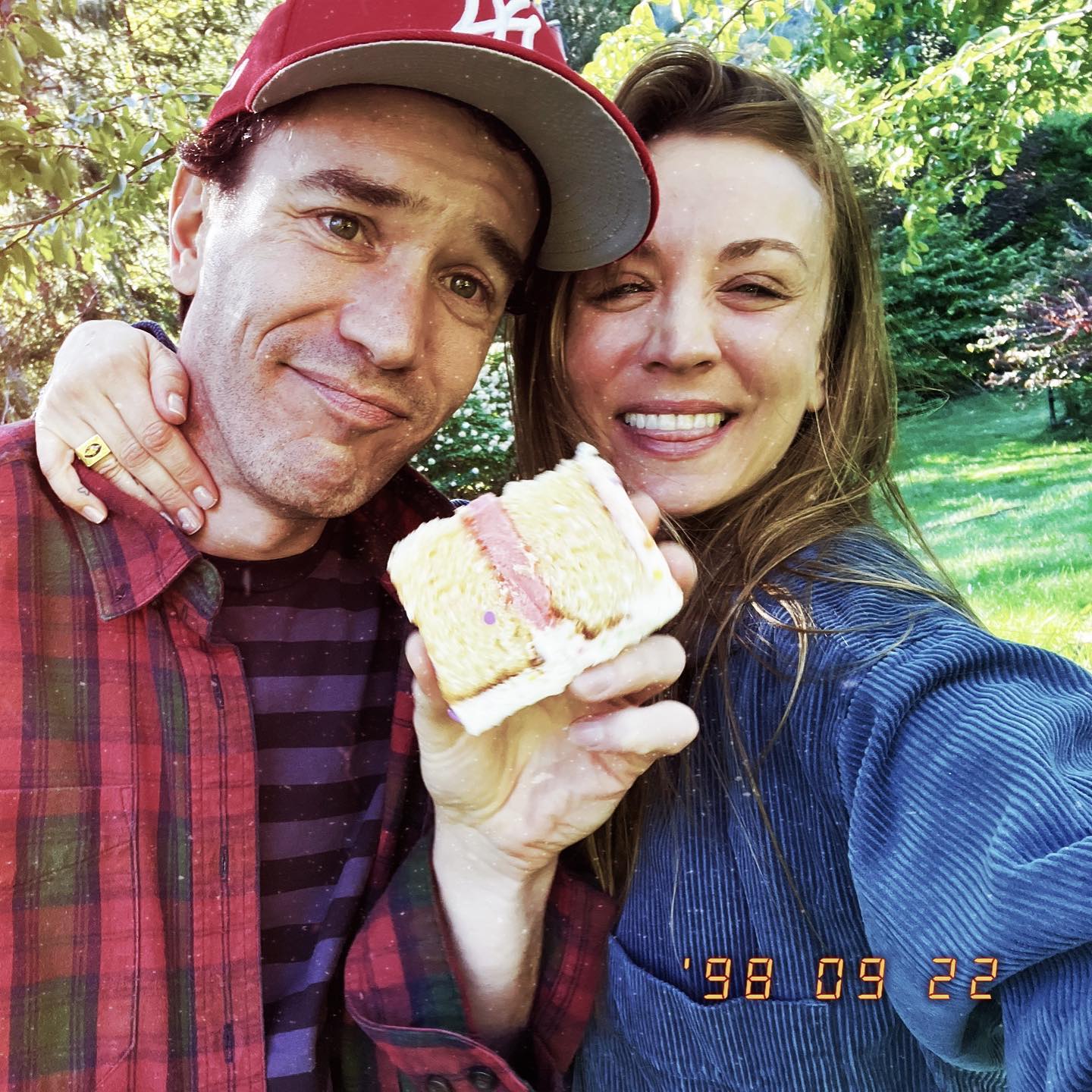 The two of them started dating soon after. Cuoco made the relationship Instagram official in May when she shared some cozy pictures of the couple. Their first red carpet appearance was at Emmy Awards 2022 where they did not shy from indulging in some PDA.

In an interview, Cuoco talked about Pelphrey and said “When I met Tom, it was absolutely love at first sight”. She added that “It was like the angels started singing. I was like, ‘Hallelujah.’ It was very magical. … It was perfect.”

Kaley Cuoco announced in October that she was going to be a mother and she was over the moon about it. The actress shared a picture from their baby shower and captioned it “💕Baby girl Pelphrey coming 2023💕 beyond blessed and over the moon… I 💓you @tommypelphrey !!!”

The picture got over 1.3 million likes as fans, friends, and family went straight to the comments to congratulate the couple. Her costar from Big Bang Theory, Melissa Rauch commented Sending the most tremendous congratulations and all my love! 💕💕💕💕💕💕💕💕💕”. 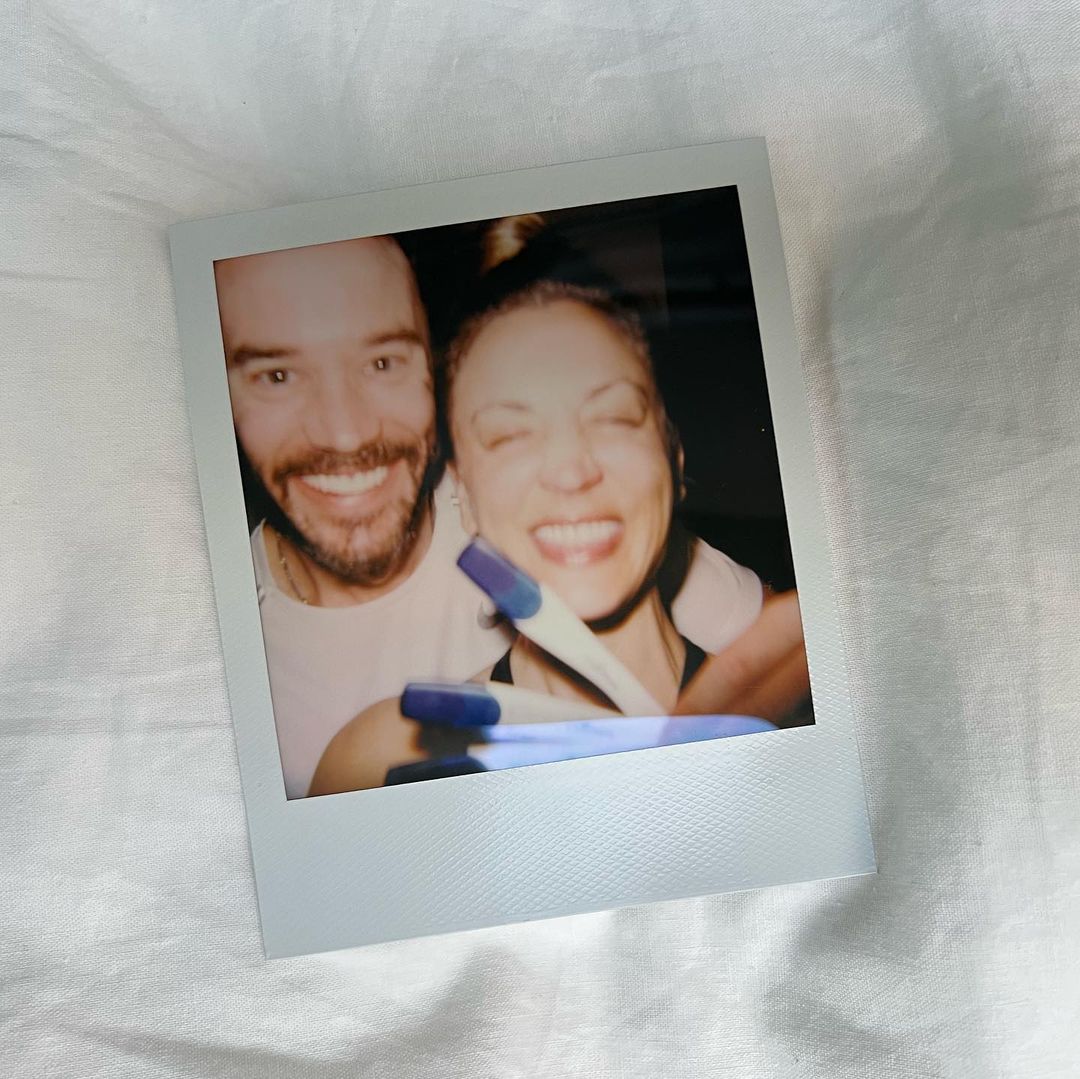 The actress shared a bunch of pictures which included a polaroid of them holding a bunch of pregnancy sticks along with a few pictures of them with a pink cake, which was perhaps from their baby shower. She also added a picture where the couple posed with “papa bear” and “mama bear” cups as they kissed.

Pelphrey also shared the good news on his Instagram and posted “And then it was even MORE BETTER. 🎀🎀🎀. Love you more than ever @kaleycuoco ♥️🙏♥️.”

The couple is happy and excited to welcome their first child into the world.