The world’s greatest pop star Britney Spears, 39 is supposedly married to her 27-year-old fiance Sam Asghari, who is a nascent actor and erstwhile personal trainer. The “Princess of Pop” has left all the hints on her new Instagram post. Oops, Wikipedia has already updated her marital status with Sam. Read on to know more. 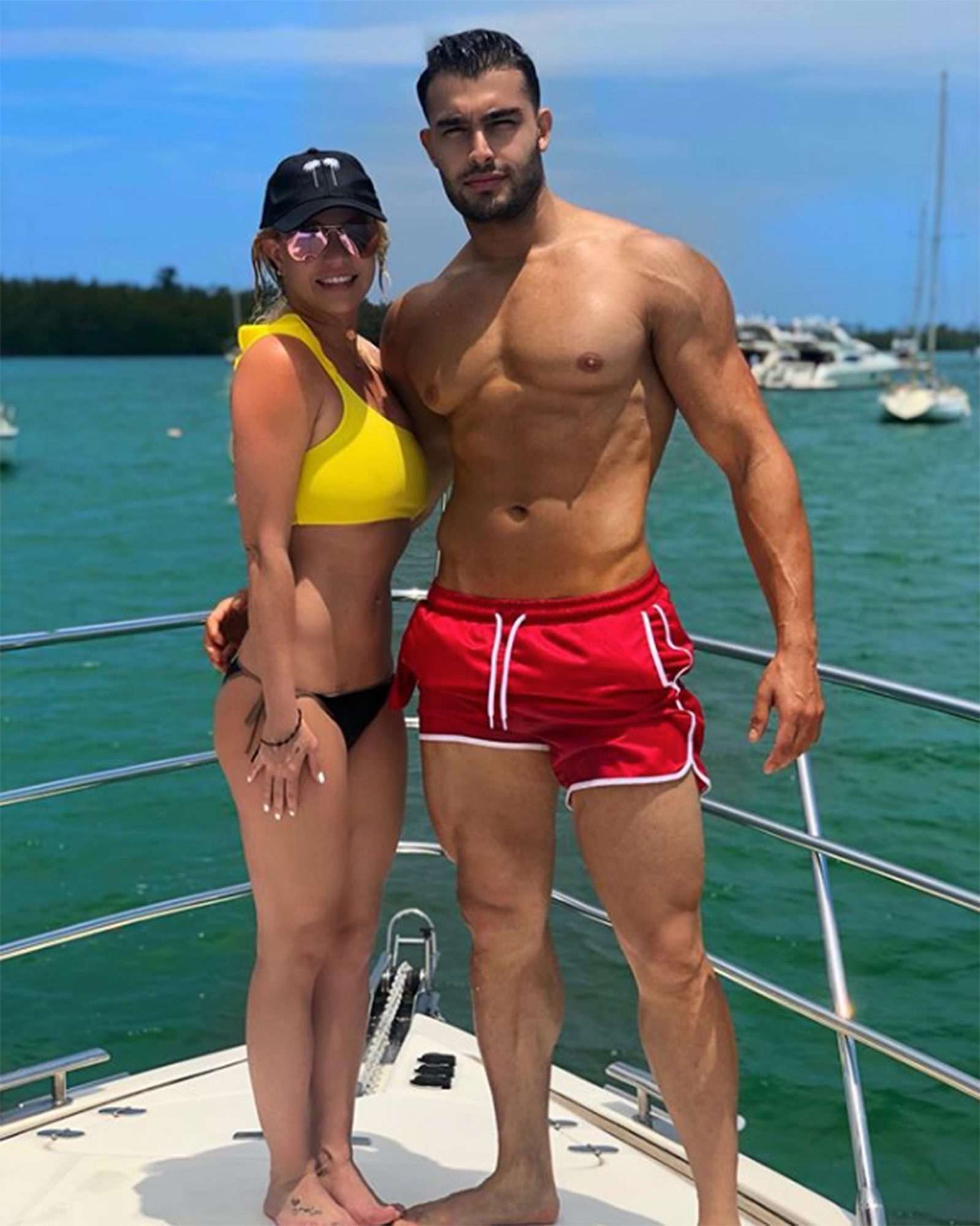 The Oops!… I Did It Again star took to Instagram and posted an artsy picture on Monday releasing about her pregnancy. She called Sam her husband and we believe that the speculations are true. She wrote:

“I lost so much weight to go on my Maui trip only to gain it back 🤷🏼‍♀️🤷🏼‍♀️🤷🏼‍♀️ … I thought “Geez … what happened to my stomach ???” My husband said, “No you’re food pregnant silly 🤪 !!!” So I got a pregnancy test … and uhhhhh well … I am having a baby 👶🏼 … 4 days later I got a little more food pregnant 🤰🏼🙈🙈🙈 It’s growing !!! If 2 are in there … I might just lose it 😬😬😬😬😬😬 … I obviously won’t be going out as much due to the paps getting their money 💴 shot of me 📸 like they unfortunately already have … it’s hard because when I was pregnant I had perinatal depression … I have to say it is absolutely horrible 😔 … women didn’t talk about it back then … some people considered it dangerous if a woman complained like that with a baby inside her … but now women talk about it everyday … thank Jesus we don’t have to keep that pain a reserved proper secret 🤫 😬😬😬 … This time I will be doing yoga 🧘‍♀️ every day !!! Spreading lots of joy and love 💕 !!!”

Britney’s “My husband said, No you’re food pregnant silly” clearly reflects that the two have secretly tied the knot, or maybe she has just accepted Sam as one. Well, sooner or later, they are going to make it official. 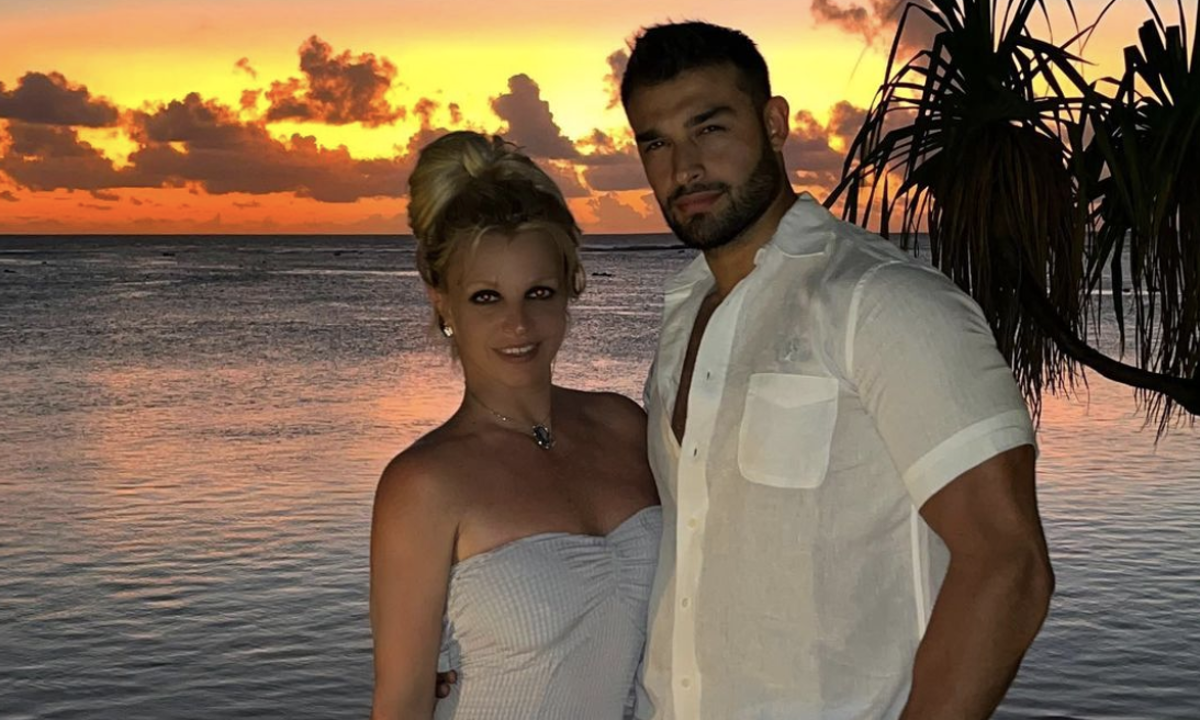 It is not the first time that Britney has used the term “husband” for her hot Iranian fiance. She shared a beautiful post of her better half last week wherein she wrote the word in bold letters (HUSBAND) as she posted an alluring picture of Asghari. Fans started calling her “Wifeney” as they saw this post.

Birtney explained in this post that she is writing “HUSBAND” in big letters because her sister always did the same on her Instagram. Well, she did write that “I can actually be that girl who can act stuck up and talk to others about how I am getting married.”

Not just this, last month Britney posted on Instagram “My husband @samasghari sent me this and said: 100 baby turtles leave the hatch only 20 make it to reefs because most get eaten by sharks, only 1 strong strong turtle makes it out of 100 and comes back a year later stronger than ever and hatches babies. He said these turtles represented life !!!!!”

Well, one this is sure Britney has been following in her sister’s footsteps. The day will soon arrive when she’d solve this mystery for us but reliable sources confirm that the two may have exchanged vows secretly. And why not? Sam and Britney are one hell of a couple.

Britney Spears or I should say Britney Spears Asghari says she is lucky to have a yummy man. On the other hand, Sam feels that he is blessed to have the most gorgeous woman in the world. You may be wondering who is this Greek-like human. Let’s get to know him more.

Sam Ashghari was born in Tehran, Iran and eventually immigrated to America when he was 12 years old. He joined the school’s football team and participated in a football program at the University of Nebraska-Lincoln. He played for Los Angeles’ Moorpark College.

Sam once revealed to a health magazine that he played football and was in the police academy. However, it was his sister who pushed him to try his luck in modeling. Sam walked his first runway show in Palm Springs when he was 21.

Sam Asghari met Britney in 2016 and since then, the two have been inseparable. They met on the set of Britney’s Slumber Party music video. Last year, the two announced their engagement. Sam revealed that he was proud to confirm their engagement.

Sam Asghari speaks very highly of her wife Britney Spears. Well, I’d like to call her “wife” because of obvious reasons. Sam spoke some beautiful words about Britney when he broke his silence about their private relationship. He stated:

“I have always wanted nothing but the best for my better half, and will continue to support her in following her dreams and creating the future she wants and deserves. I am thankful for all of the love and support she is receiving from her fans all over the world, and I am looking forward to a normal, amazing future together.” Now, isn’t he a perfect husband?

The bottom line is that Britney did reveal last week that she is getting married to Sam Asghari and now, it appears as if the two had already tied the knot with her “yummy man”, it’s not me, that’s Britney who refers to Sam as one. It can be inferred that the secret wedding took place during their escape to the beach. What do you think? Are the two tied forever? Shoot your thoughts because I am hell sure about this one.