The frightening teaser of ‘Prey’ is now out. The all-new action-thriller is one of the most anticipated installments. Hulu’s first stunning teaser was all we needed to get excited about.

Prey is the fifth movie in the Predator series. It will serve as a prequel to the other films in the franchise, focusing on a Predator and his initial visit to Earth.

Skulls was allegedly a codename for a fifth edition in the Predator franchise, with the same development team working on it in November 2020. It is not intended to be related to the previous installment’s happenings. Now let’s dig deeper. 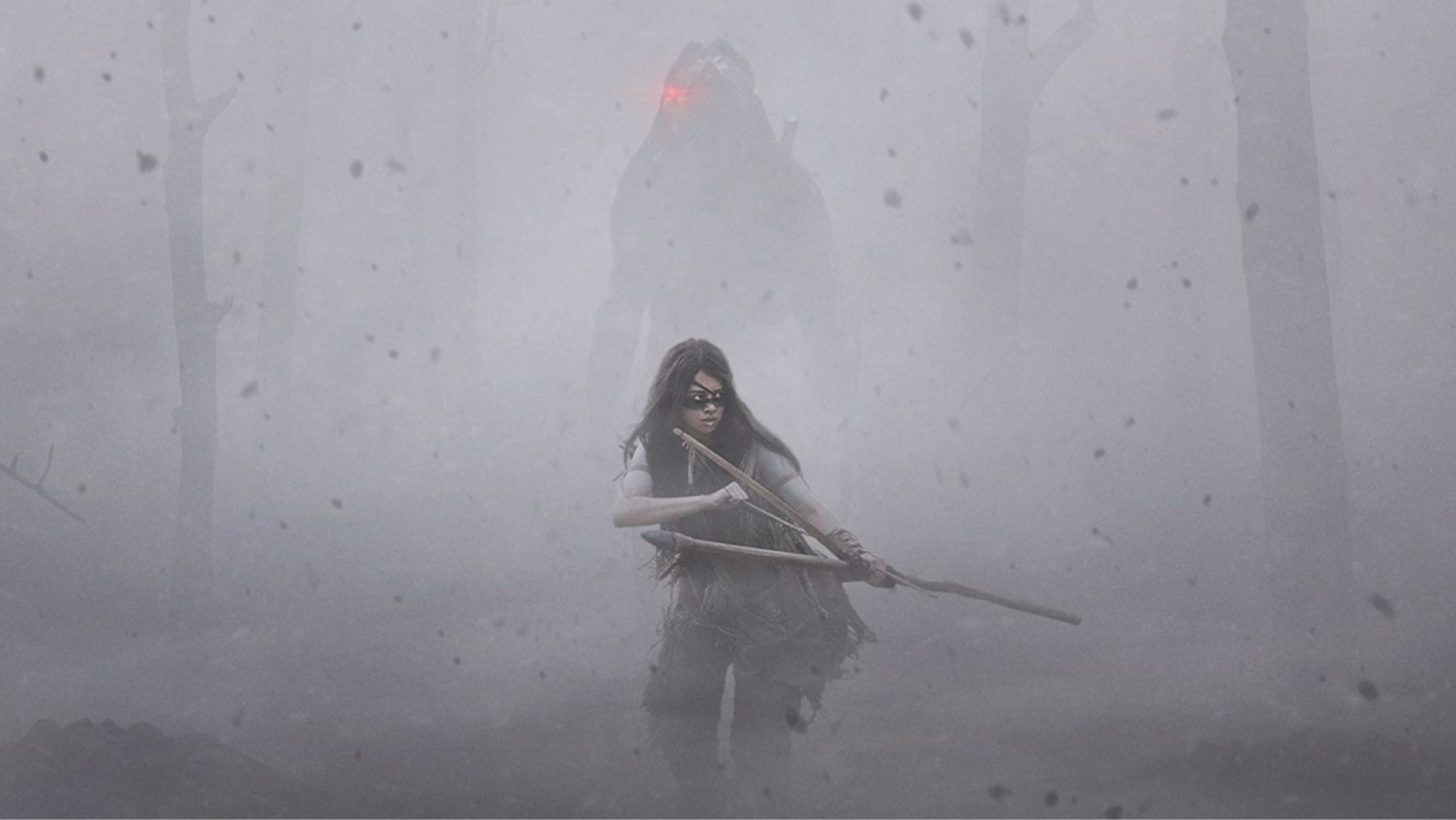 Let’s Talk About The Thriller Premise Of Prey

Before we get to the teaser, let’s go through the show’s suspenseful premise. Prey, situated in the Comanche Nation 300 years ago, describes the tale of Naru, a young lady who is a strong and highly accomplished warrior.

She was raised in the shadow of some of the Great Plains’ most famed hunters, so when a threat approaches her encampment, she steps out to safeguard her people.

The prey she hunts and eventually faces is a highly evolved alien predator with a technologically advanced armament, leading to a brutal and horrifying fight between the two adversaries. That’s definitely interesting don’t you think?

Dan Trachtenberg stated something on the premise of the show too.

“In order to meet the volume that we are looking at — which is, by 2023, 10-plus movies just for streaming — it’s going to be a combination of originals in those genres. And coolest of all for fans, we get to find bold takes on beloved Fox properties.

You can take c swings — which you’ll see with Prey, which we’ll launch this summer. A Predator movie set in the Great Plains in 1719 by Dan Trachtenberg. That’s what this allows us to do.”

Prey’s Teaser Is Full Of Mystery

A skilled warrior from the Comanche Nation protects her tribe from a highly-evolved Predator? Let it come.

To begin with, many people appreciated the teaser because it didn’t reveal too much and kept things simple. The tone of the targeting system in this preview has everyone excited.

The trailer provided us with a sneak peek at how this movie will turn out, and it’s extremely fascinating.

The teaser opens with rustling trees and a girl fleeing from a predator. There’s the one who will defend her. She takes her bow and arrow back, and three laser spots appear on her forehead. The teaser didn’t show us the predator, which is part of the appeal.

Okay, you should definitely check out the teaser below.

Producer John Davis has spoken out about the impending movie.

“It goes back to what made the original Predator movie work. It’s the ingenuity of a human being who won’t give up, who’s able to observe and interpret, basically being able to beat a stronger, more powerful, well-armed force.”

But will they be successful in beating the strongest ones? The movie is officially scheduled to release on August 5, 2022, on Hulu.

What do you think about the teaser? You’re also welcome to share your speculations in the comment section below.