Phoebe Bridgers, a famous American singer, guitarist, songwriter, and record producer revealed that she had an abortion while on tour last year.

I had an abortion in October of last year while I was on tour. I went to planned parenthood where they gave me the abortion pill. It was easy. Everyone deserves that kind of access.

Here’s a big list of places you can donate to right now. https://t.co/jT0sk6CeNX

The 27-year-old announced on social media that she had an abortion. She tweeted that “I had an abortion in October of last year while I was on tour,”. She also revealed that she went to “planned parenthood where they gave me the abortion pill,”.

Talking about the abortion she said that she believed it was easy and that “everyone deserved that kind of access”. She also went on to add a list of places that supported planned parenthood and encouraged people to donate if they wanted.

Most of the replies to Bridger’s tweet were positive and showed appreciation towards her for speaking up. In such politically-motivated scenarios, celebrities tend to stay quiet as speaking up means that a group of people would be upset.

Another user commented “Another said: “I’ve never heard a Phoebe Bridgers song but this tweet made me want to. Thank you for sharing your story. Abortions are so difficult to talk about.”

Bridger’s decision to go public about an abortion she had last year might seem sudden to some people, but it is not. The choice to have an abortion has been a topic of debate and criticism for a long time in the United States of America. Bridger’s tweets regarding her abortion came after the US Supreme Court’s draft opinion that got published by Politico. The publication appeared to show that the 1973 right to have an abortion could be repealed soon.

It got a lot of criticism and backlash from planned parenthood people. It mentioned that apart from Alito, four judges voted in favor of overturning the law, all of whom were chosen by the Republican president. Alito was nominated by George W Bush in 2006.

Recently, Republican states have adopted a tighter stance on pregnancy, with many seeking to ban abortions after the woman crosses 6 weeks. Many women don’t even know that they are pregnant by then.

If the 1973 Roe V. Wade law is reversed, the United States of America’s stand on abortion would be different than most of the countries in the western world. The USA would become a part of a handful of countries that restrict access to abortion in recent years. 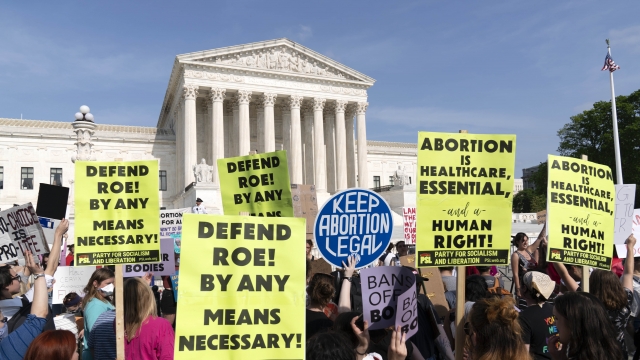 US President Joe Biden had warned about the ‘radical’ Supreme Court draft and said that it would endanger same-sex marriages and control pills. If the court goes through with the decision, over half the states in the USA can introduce abortion bans.

The debate around the pros and cons of getting an abortion is unlikely to die down anytime soon. Some celebrities choose to be open about their opinions but most of them remain silent.