Calling all the Manga fans because we have the brightest news for you to Brighten up your Monday more!

Netflix has finally found the perfect face to depict one of the most influential characters from One Piece. The streaming platform is all set to cast Peter Gadiot to join the cast of One Piece as Red Haired Shanks. Peter Gadiot has been on board for the upcoming live-action adaptation of the much anticipated anime series.

Peter Gadiot is going to play one of the best characters that led the story swashbuckling. Check out this full article to know more.

The One Piece Official took to their Twitter to announce the special news. The much loved anime franchise posted the update on casting.

They announced the casting of Peter Gadiot as Shanks with a collage picture of Red haired Shanks with Peter Gadiot who is known for his role as Cyrus Crabb in the Once Upon a Time in Wonderland TV series.

He will portray the ‘Shanks’ the electrified captain of the pirate crew.

The live action based on the adaptation of the famous Manga, One Piece is produced by Tomorrow Studio and One Piece publisher Shueisha.

One Piece creator Eiichiro Oda will serve as executive producer on Netflix’s live-action series. It is being produced by Tomorrow Studios, Marty Adelstein’s joint venture with ITV Studios and directed by Steven Maeda.

One Piece: What’s it about?

One Piece is a Japanese manga series written and illustrated by Eiichiro Oda.

One Piece is the best-selling manga in history along with best selling comic series in history. The series has over 8,000 chapters in circulation and is currently ongoing with no end in sight. Netflix is picking up on one of the greatest franchises worth $12.7 million. 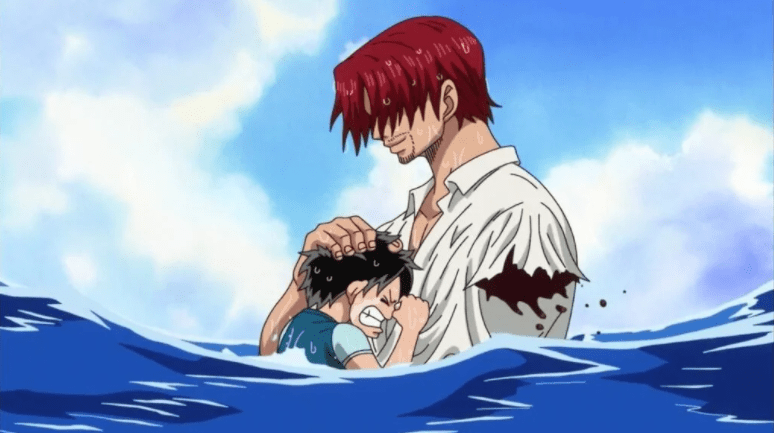 The series has been met with overwhelming popularity across Japan and Asia since its debut in 1997, but it wasn’t until 2004 that it made waves in North America.

One Piece is a story of the captain of the Straw Hat, Dr. Luffy who goes on an adventure to find One Piece. A precious treasure left behind by the previous Pirate King.

The story grows as he struggles to find the mythic One Piece and achieve the title of the new Pirate King. Throughout his journey, he comes across various friends and enemies that make the story memorable. Shanks is one of the Four Emperors of the Sea who is a dangerous pirate commanding his own crew. His crew is known as Red Hair Pirates. He was also a former member of Gol D. Roger’s crew.

A little about Peter Gadiot

Peter Gadiot is a British-Dutch actor best known for his roles as Cyrus in Once Upon a Time in Wonderland, Tarek Kassar in the TV series Queen of the South and Casper Crump as the Vandal Savage in Legends of Tomorrow. He made his acting debut in 2012 by playing Cyrus in ABC’s fantasy-drama series. He started gaining recognition In 2015, with his first starring role as the drug lord Jesus Adelita in a crime drama-thriller Queen of the South.

The much-anticipated manga series of all time is going to be adapted into a live action film, we hope it is worth the buzz.