Pete Davidson Backs Out of Trip to Space

The ‘Saturday Night Live’ comedian Pete Davidson is no longer going to space. Not long ago, it was announced that he was going to be a passenger on Jeff Bezos’s Blue Origin rocket. Pete was supposed to go for the 20th edition as a part of the New Shepard programme on March 23, 2022. But we guess things didn’t pan out well from both ends. Blue Origin issued a statement that talked about Davidson’s exit from the space trip. The statement read, “Blue Origin’s 20th flight of New Shepard has shifted to Tuesday, March 29. Pete Davidson is no longer able to join the NS-20 crew on this mission. We will announce the sixth crew member in the coming days.”

When did Pete come into the spotlight?

Pete Michael Davidson was born on November 16, 1993, in New York City, US. He started his journey into showbiz by a small role in the third episode of the MTV comedy series ‘Failosophy’ in the year 2013. Following this, he appeared in MTV2 reality TV comedy series ‘Guy Code’, he starred in the first four episodes of the show.

He stepped into the world of standup pretty soon. His first stand-up aired on the Comedy Central Program ‘Gotham Central Live’. He has also been a part of ‘Brooklyn Nine-Nine’. He got on board for ‘Saturday Night Live’ with the show’s 40-season premiere.

The ‘King of Staten Island’ star sparked dating rumors with the ‘Keeping Up With The Kardashians’ alum last year. In October 2021, Kim hosted her first-ever show on the ‘SNL’.

In a comedy sketch, she essayed the role of Princess Jasmine and Pete portrayed the role of Aladdin. The duo shared an on-screen kiss in the act. Their love story began from that point on. A few weeks later, the duo was spotted together on the occasion of Halloween. They went to an amusement park to celebrate Halloween and were caught holding each other hands on a rollercoaster. The time we were waiting for finally arrived, Kim made the duo’s relationship official on Instagram. Kardashian posted a series of pictures on the gram. 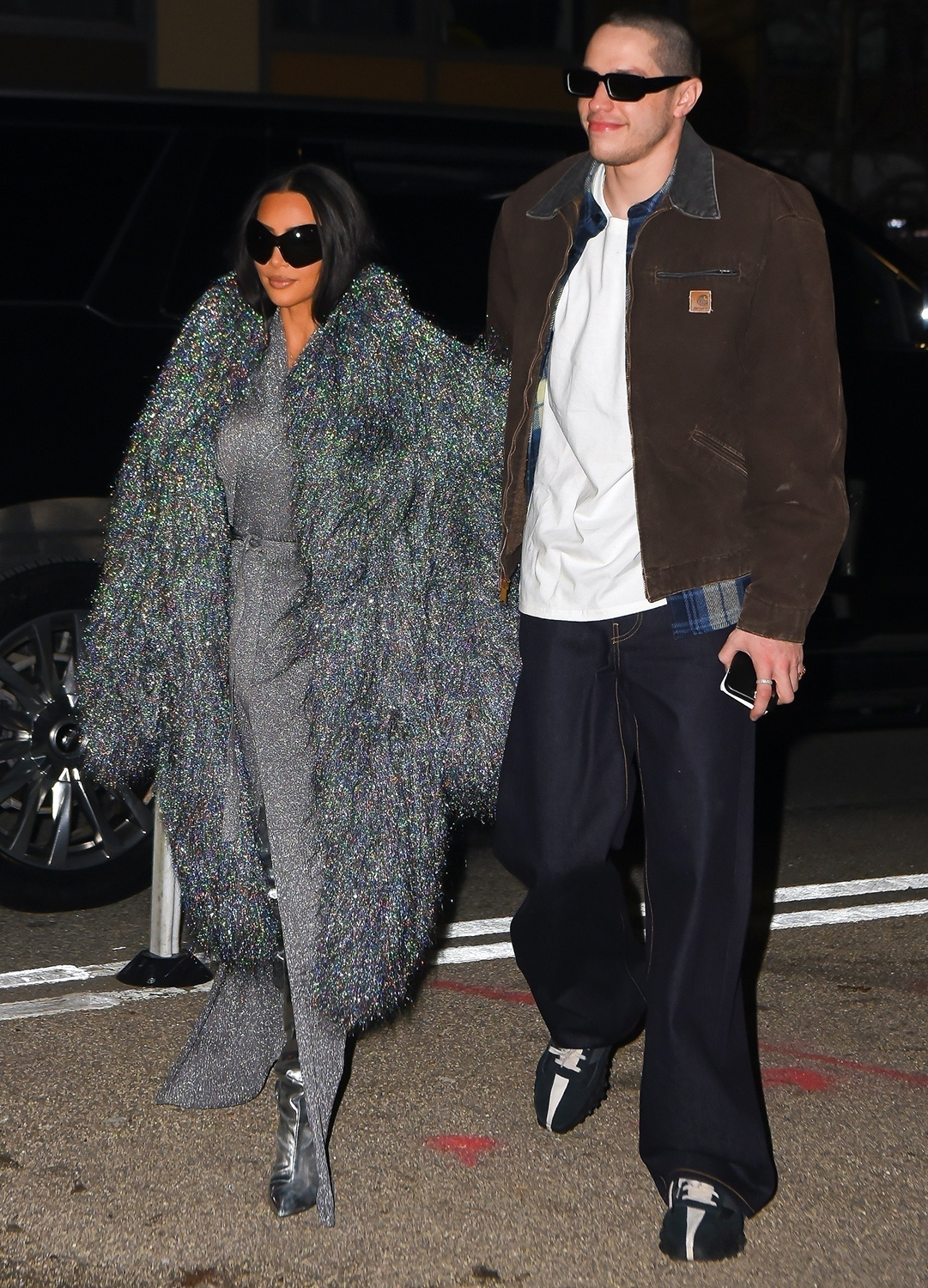 During her latest interaction on ‘The Ellen Show’, the KKW beauty founder confirmed that Pete even has two tattoos that are dedicated to her. But she also stated that he got the third ink for her that’s “actually a branding” of her name.

The process of branding doesn’t involve ink instead it involves a permanent scar from a burn. On the other hand, tattoos can be removed easily.

At the moment, there has been a lot of things going on in Kim’s life with her ex-husband Kanye. We are happy to see that Pete has stood by her through it all like a rock. Stay tuned for the latest updates.