Normal People star Paul Mescal is engaged to his girlfriend Phoebe Bridgers! We are super happy for the lovely couple. Read the article further to catch more deep insights into their relationship. When did Paul pop the question to Phoebe?

As per the reports, the duo got engaged on Thursday. It has been stated while chit-chatting with a few guests the Day After Tomorrow singer introduced Paul as her fiancé over the weekend as the pair partied at Coachella.

During the music festival, Paul was seen having the time of his life. He was chilling with his Normal People co-star Daisy Edgar-Jones at the festival while his girl Phoebe was there to perform. He sported a black shirt with a pair of white shorts for the festival. He finished off his look with white shoes. When did Paul and Phoebe spark dating rumors?

The duo was first linked to each other in the year 2020. Their fairytale romance of these two lovebirds began when the American singer described him as ‘the cute boy’ in an interview.

Bridgers told NME Magazine that she “got a little pitter-patter in my heart” when she learned that he was following her on the social media platform Instagram. 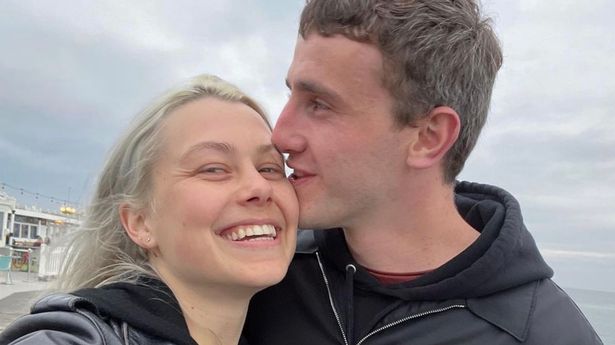 In that same year, Paul got a part in her music video for the track Savior Complex. After a while, Phoebe and Mescal made their red carpet debut at the Los Angeles County Museum of Art and Film Gala in November 2021. They went Instagram official with their romance in the next month.

This year, Bridgers also posted an adorable black and white picture of herself and Paul on the social networking service on the occasion of Valentine’s Day. We must say the picture is too cute for words.

Paul is well known for his performance in the show Normal People. He played the role of Connell in the drama series. He has never made any official comment on their relationship but once he did say that he has a girlfriend.

Mescal said, “To have someone to lean on through such a mad, mad time has been invaluable. Really, I don’t know where I’d be without her.”

Phoebe has always been open about her sexuality

For those who don’t know, Bridgers is bisexual and she has been very open about her sexuality in the past. Previously, she also disclosed that when she came out of the closet it resulted in a rift between her and her mother.

During a media interview with Them Magazine, the 27-year-old talked about her mom’s reaction when she came out as bisexual. She said, “She was like, ‘No, you’re f***ing not.’”

The I Know the End singer further added, “But I wasn’t really allowed to have boys over ever, and I was deeply allowed to have girls over. So it put me in this position where I was like, ‘No, really. We’re f***ing.’”

We send our heartiest congratulations to the gorgeous people on getting engaged. May their lives ahead be full of love, light, and laughter. Don’t forget to stay tuned with us for the latest updates from the world of showbiz.