Marnie Simpson was “completely in awe” after she gave birth to her second child with her fiancé Casey Johnson.

The Geordie Shore star made this news public by sharing it on her Instagram by expressing how she feels that the birth has made her realise how her “family is complete”.

After the announcement of the birth, Simpon shared on her Instagram stories how she feels about her baby saying “that I can’t even explain how obsessed we are with him. He is just perfect.”

She further added that”What a different experience that was compared to the birth of Rox, which I’m very grateful for. I can’t wait to show him to you all but I feel like I and Casey have chosen to just wait a little bit because we just want to enjoy him ourselves for a little while.”So sending all the love in the world and yeah!”

Casey who is now a dad of two reacted to the news by saying that “[It’s] amazing. Just staring at him now and I love him so much.”

It was in November when Marnie revealed her pregnancy news, by saying We’re so excited and super happy. It was a bit of a shock but we’re just so thrilled!’ 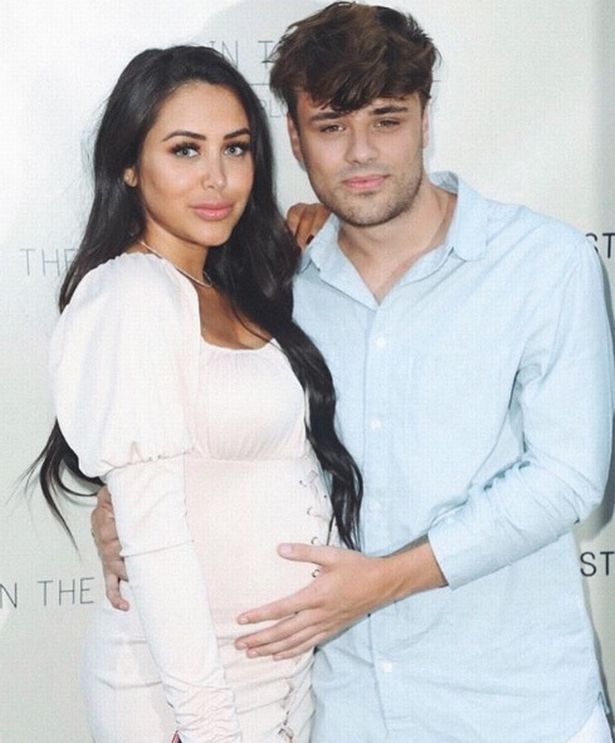 Simpson discovered that she was pregnant with their second child while she was filming a new Television show in September last year and how she found herself consistently feeling nauseous.

She expressed that “I was filming a TV show in September and we planned on trying after that. But during filming, I had really weird symptoms.”

“I constantly felt sick, my gums were bleeding and I felt dizzy, but I just put it down to it being an activity-based show and the fact it was 17-hour days.” She further added

“When I was away filming I was messaging Casey and I told him I felt really sick and my boobs were really hurting. I said it could be because I was running around and my muscles hadn’t been used in that way before, but Casey said he thought I was pregnant.” She shared how they realised that she might be pregnant

“While we were doing that show I also did a bungee jump! Everyone had to do a medical beforehand and when they took my blood pressure it was really low. My blood pressure has never been low so that was a red flag.”

“I told Casey and he said, ‘You’re definitely pregnant!’ So as soon as I got back that night I did a pregnancy test and it came up pregnant straight away. We just laughed!”

Boy as a Second Child

Casey and Marnie are already parents to a boy names Rox, who is two years old and Marnie even shared how she ‘had a feeling’ that her second child will also be a boy.

In an interview, she even said that “I don’t feel it was that much of a surprise. I had a feeling I was going to be having another boy when I fell pregnant. Even a psychic predicted it! I guess I always thought it was going to be a boy before I found out.”
“That’s the best thing about it. The fact I’ve given him a brother makes me so happy. I would have loved a sister when I was younger, and I love thinking about how they’re going to be best friends forever.” She further added.
Share
Facebook
Twitter
Pinterest
WhatsApp