Osheaga Festival is all set to take place on August 4 to 6, 2023, at Parc Jean-Drapeau, Saint Helen’s Island, in Montreal, Canada. The event is being promoted by Bell in association with Coors Light. Read on to know more about the performances at the festival.

On Wednesday, the organizers announced Rüfüs Du Sol, Billie Eilish, and Kendrick Lamar as the headliners for the three-day festival. Rüfüs Du Sol will be performing on the first day of the festival, Friday, August 4. Eilish will set the stage on fire on the second day, Saturday, August 5. Lamar will be hitting the stage on the last day, Sunday, August 6.

The full lineup of the festival is yet to be revealed; however, it is expected to feature more than 100 artists. Announcing the performers, Nick Farkas, Founder of Osheaga, said, “15 years into this journey we have been fortunate to have some of the greatest acts in the world grace our stages.” 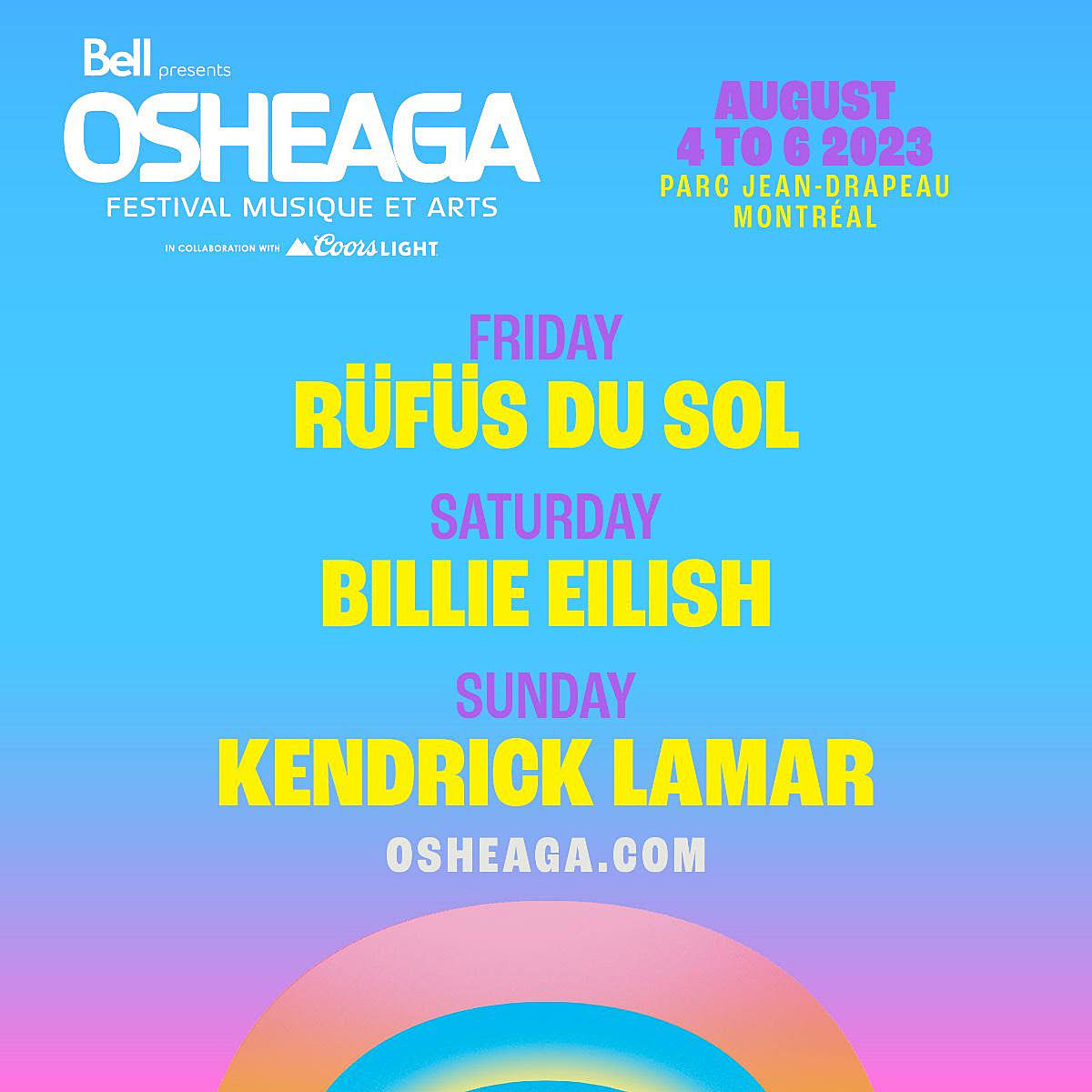 “I feel that this year’s headliners continue in that tradition and represent what our festival is all about: Amazing live performances! Long live Live Music, we hope you enjoy this year as much as we will.”

“We are excited to see RÜFÜS DU SOL and Billie Eilish graduate to the main stages after their excellent performances in 2019 and 2018, and we anxiously await the return of Kendrick Lamar whose 2015 set is definitely in the running for one of the best Osheaga headline sets ever,” he continued.

Tickets go on Sale on December 16

Tickets for the festival will go on sale beginning Friday, December 16 at 10 am ET. Interested people can grab tickets from the festival’s official website. American Express cardholders can get their hands on Front Of The Line presale tickets till December 15, 10 pm ET.

The general admission 3-day tickets are available at Can$ 375. The platinum tickets come at Can$ 1550 and are bundled with a number of benefits, including exclusive access to the Platinum Terrace, access to the front pit viewing area, a backstage tour, access to exclusive bars, fast-lane entry, private lockers and washrooms, and massage area.

All the Headliners have Previously Performed at the Festival

Rüfüs Du Sol, Ellish and Lamar have all performed at the earlier editions of the Osheaga Music and Arts Festival. Lamar was the headliner in 2015 as well, while Billie Eilish performed on the Valley stage in 2018, and Rüfüs Du Sol appeared on the Green Stage in 2019. 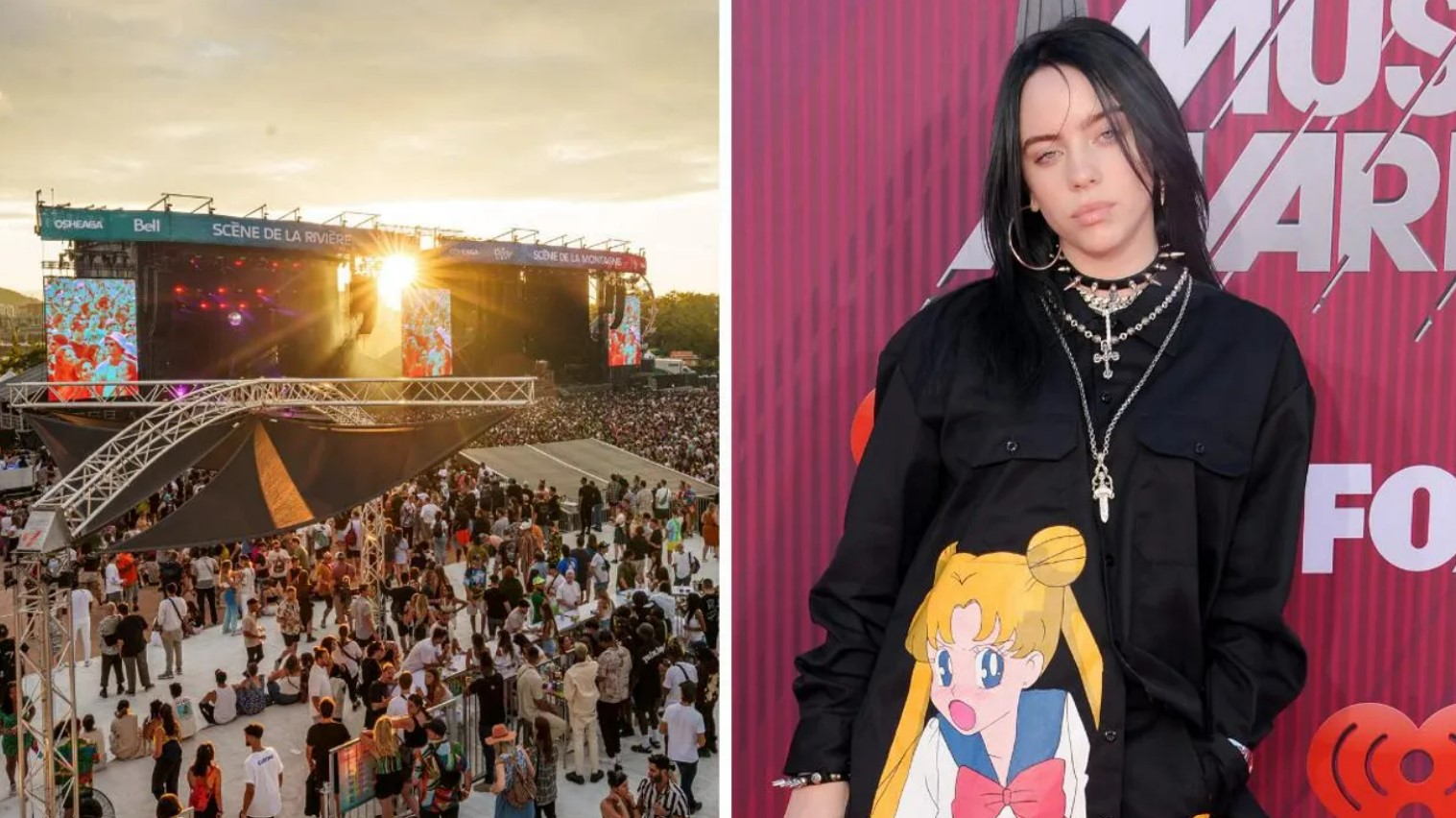 Osheaga is an indie music festival organised annually in summer in Montreal, Quebec. The event kicked off in 2006 and has seen a massive number of attendees every year. The performances happen at six different stages with varying audience capacities: River Stage, Mountain Stage, Green Stage, Trees Stage, Valley Stage, and Zone Piknic Electronik.

Are you planning to attend the Osheaga Music and Arts Festival next year? Tell us in the comments section.