The 94th Academy Awards are just around the corner. The traditional gospel is that the DGA, BAFTA, and Critics Choice Awards are a barometer to decide who makes it to the Oscars. The Oscars take place on 27 March 2022, and we have made a few predictions for the grande day. 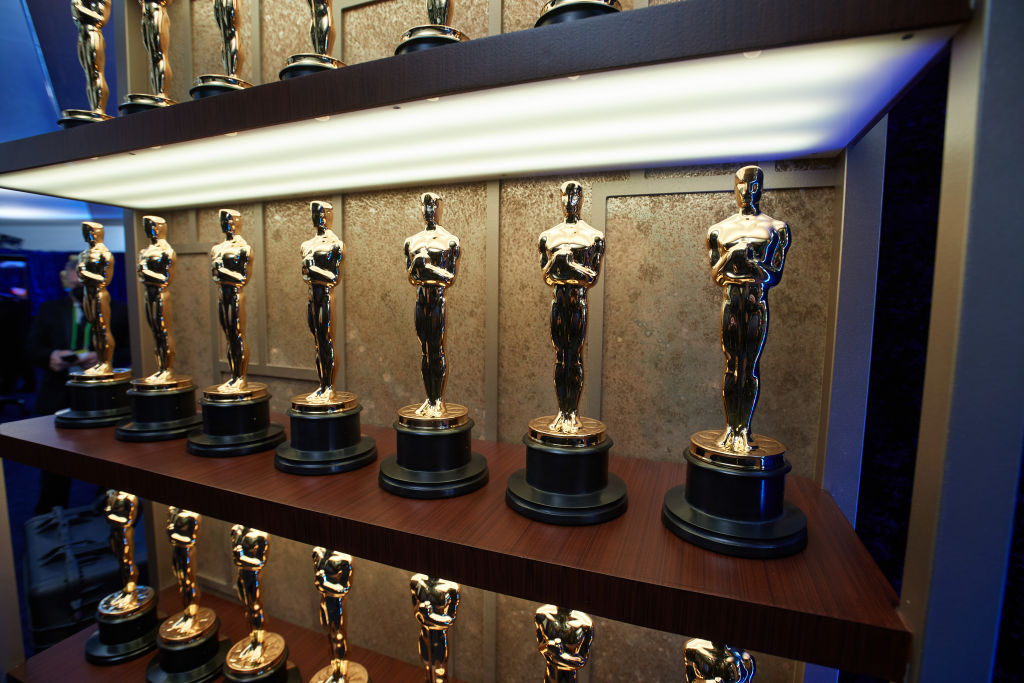 What do you think? Well, my math says that “The Power of the Dog” is taking this year’s Academy Awards. It has already won the Directors Guild Award for The Best Picture in Theatrical Feature.

Jane Champion’s Western Psychological drama also won the very recent BAFTA and Critics Choice Award. My math goes with “The Power of The Dog”. I  believe the movie deserves at least one Academy Award.

Will Smith won the Best Actor Award for his film “King Richard at both, the Critics Choice and BAFTA. So, I believe that it’s Will Smith for this year’s Academy Award for Best Actor in a Leading role. However, there is a slight chance that Benedict Cumberbatch may take away the title.

My wholehearted support goes to Jane Champion. The lady took the Best Director Award at both BAFTA and Critics Choice. Further, she took the topmost honour at the recent Directors Guild Awards for her movie “The Power of the Dog”. So, I believe Jane Champion it is!

My full support goes to Try Kotsur for his recent movie “CODA”. He has already taken this title at the BAFTA and Critics Choice. I am sure the Academy Award for Best Supporting Role goes to none other than Kotsur. The Best Supporting Actress award was taken by Ariana DeBose for “West Side Story” at both BAFTA 2022 and Critics Choice 2022. I believe she is winning the Oscar too.

Well, this might be a bit tough. The Best Original Screenplay went to Licorice Pizza and Belfast at Critics Choice and BAFTA. So, there may be a tough competition between Kenneth Branagh and Paul Thompson Anderson. My instincts fo with Kenneth Branagh.

The Mitchells Vs. the Machines took away the 2022 Critics Choice Awards for the best-animated feature. However, BAFTA is won by Encanto this year. My instincts go with Encanto that’s directed by Jared Bush and Byron Howard. It is a box office success and the album stood at No. 1 for more than 5 weeks on the Billboard Charts.

The Summer of Soul is taking away the Oscar without a doubt. The movie has won at both BAFTA and Critics Choice. Questlove is well-deserving, isn’t it?

It’s none other than Drive My Car. The Japanese movie had a box office success of $5 million, and Ryusuke Hamaguchi has meticulously directed this movie. So, my prediction says Drive My Car it is! 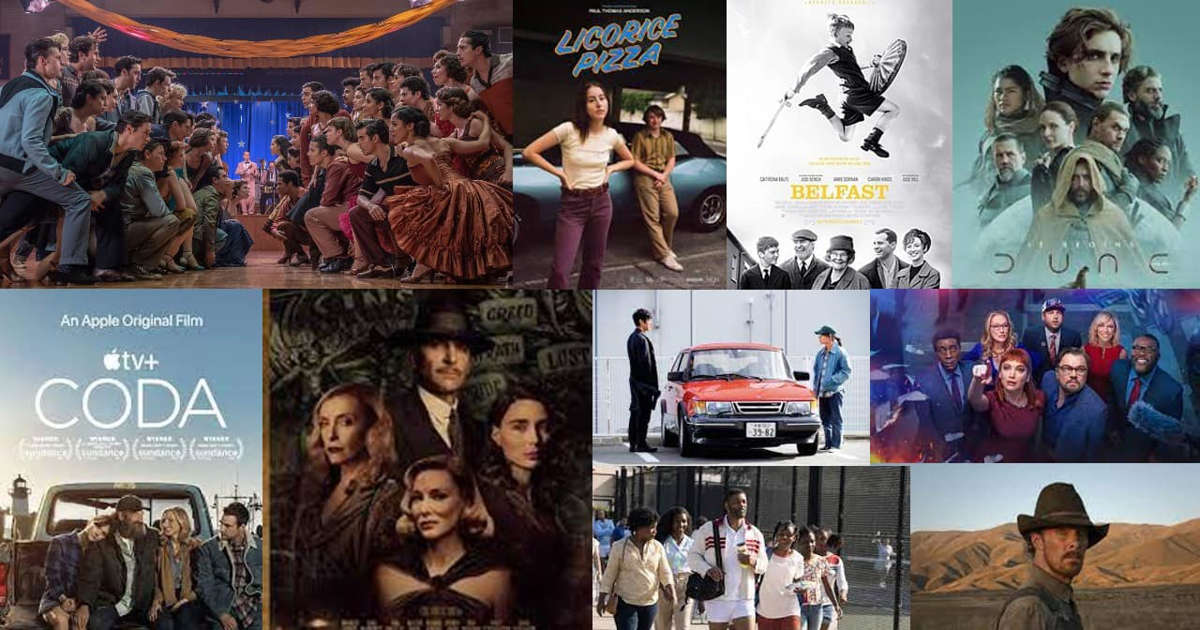 The Best Production design was taken by Dunes at this year’s BAFTA and Critics Choice. The production design of Dunes is mesmerising even though the ending could have been better. So, it’s 100 out of 100 to Dunes for Production Designing.

At BAFTA, Greig Frazer took home the award for the best cinematography for Dune. On the other hand, it was Ari Wegner for Power of the Dog at the Critics Choice. Even though I wish that this award must go to Nightmare Alley, I think Greig Frazer is taking away the honour.

No Time to Die and Wide Side Story have a close competition for the said category.  The former took away the BAFTA and the latter rocked at the Critics Awards. However, my prediction says that Hank Corwin may take the award for Don’t Look Up. Well, the film certainly deserves recognition. I am sure it’s taking one Academy Award at least.

My math says that the award for this category is going to none other than The Eyes of Tammy Fye. it is pretty artsy, ain’t it. And then, it bagged the honour at both BAFTA and Critics Choice. 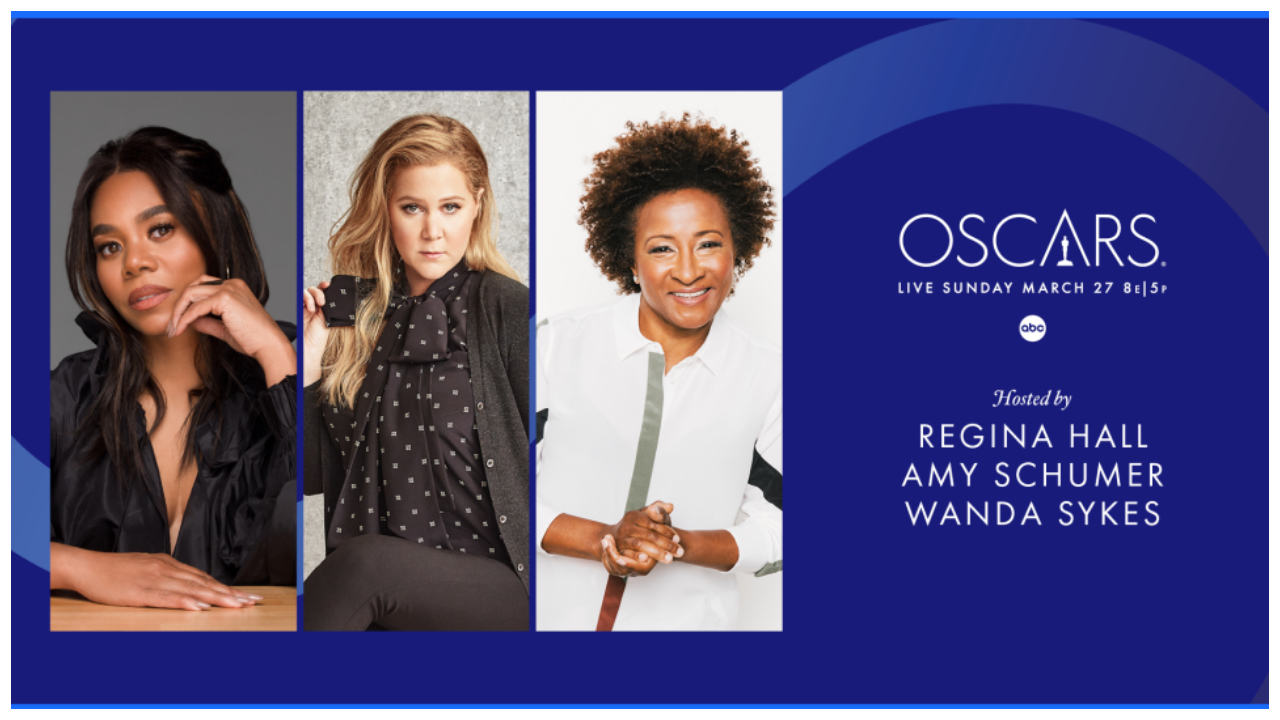 What do you think? Cruella rocked at both BAFTA and Critics’ choice. So, even though it faces close competition by Jacquelline West and Robert Morgan for “Dunes”, I think Jenne Beavan is taking away the honour for her excellent costume designing in Cruella.

My prediction says it is Dune for the Best score at this year’s Oscars. Well, it definitely has the best score.

Billie Elish and Finneas took away the honour at Critics Choice for “No Time to Die”. But, I think this year’s award for the best song will go to Diane Warren for “Somehow You Do” in “Four Good Days”.

The 2022 Academy Awards will take place at Dolby Theatre Hollywood, Los Angeles. The 94th Awards will air on ABC and will be hosted by Regina Hall, Amy Schumer and Wanda Sykes. What do you think about my Oscar Math? Shoot your thoughts and let me know if I skipped on something.