The boxer quoted “irreconcilable differences” as the basis for getting the divorce. Many people are wondering why he chose to get a divorce now when they have been separated for so many years.

How Did They Get Married?

The couple met in 2001 when the boxer stepped into the music industry and used to appear in music videos. Corretjer was a musician and actress at the time. The two met during the video shoot, after that, the “Golden Boy” wanted her to be a part of his boxers’ productions.

Soon after they started dating, they decided to get married. They had Oscar Gabriel in 2005, Lauren Nenitte in 2007, and Victoria Lauren Rose in 2014. Corretjer stepped back from her career to take care of the kids. She also stood by her partner and supported him when he struggled with substance abuse.

He also has a daughter Atiana with the model Shanna Moakler. The also has two sons Devon and Jacob, who were born in 1998.

The boxer and Corretjer split up in 2016, the reason for their split was not known to the public. Around the same time, the boxer appeared in a video and called himself ‘single’.

Back in 2011, De La Hoya admitted that he and his wife were separated for a while. He said in an interview with Univision that “We are obviously not talking a Tiger Woods here, but I was unfaithful.”

During that interview, he also shared a bit about his problems with alcohol and drugs. The 11-time world title winner had such an intense battle with addiction that he considered ending his life over it. 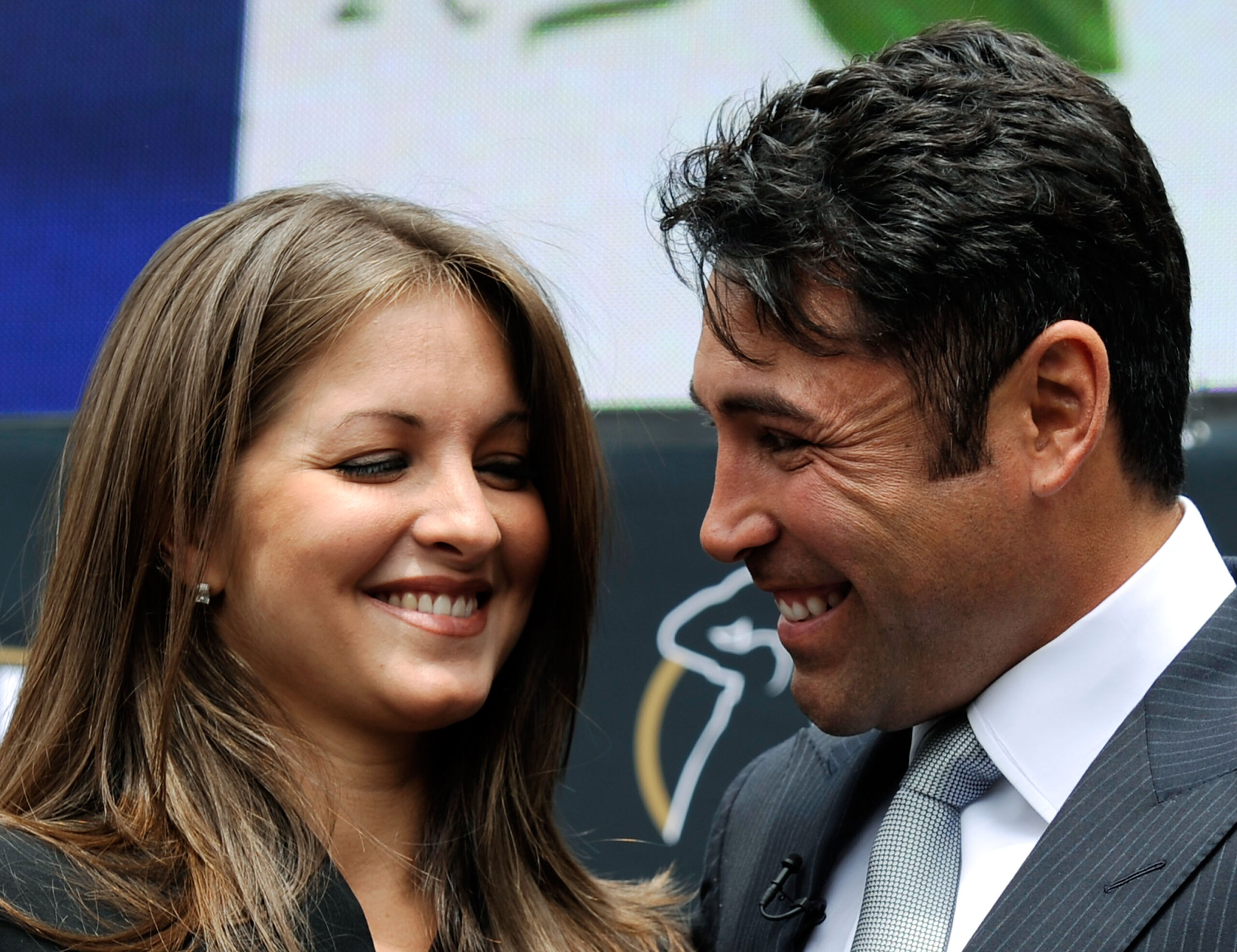 In the interview with Univision, he revealed that “There were drugs, my drug of choice was cocaine and alcohol. Cocaine was recent, the last two years, last two-and-a-half years, and I depended more on the alcohol than the cocaine.”

Multiple women also came forward to claim that they engaged in drug, alcohol, and cross-dressing parties with the former boxer.

But people still wonder that after going through all that he went through, why is De La Hoya filing for a divorce now? Over the years, he has been seen with many women. But since last year, he has exclusively been with Holly Sonders.

Holly Sonders is a TV hostess and businesswoman. De La Hoya is about 14 years older than Sonders and is smitten by her. They have been together since 2021 and have made several appearances together.

On Valentine’s day, he gifted her a red Ferrari. Many people believe that he might be seeking a divorce so he and Holly can take their relationship to the next level.

He has given consent for his wife to keep the children if he can have visitation rights. He even agreed to pay his wife’s legal fees for her.