Country musician Orville Peck has announced the dates for the 2023 ‘Bronco Tour’. The masked singer is set to perform this April in North America with an intimate headline tour, that kicks off on April 10 in Knoxville, Tenn. at The Mill & Mine. The artist will be making stops in the Southeast and Midwest before his final performance in Birmingham, Ala. at Iron City. All About ‘Bronco Tour’ Dates…

Ever heard about the South African masked singer Orville Peck? If not, grab a chance now because it’s definitely worth it. The rising country music artist, who released his second studio album, ‘Bronco’ in April 2022, has come up with new tour dates in support of his latest album. Tickets go on sale Friday (January 27) at 10:00 a.m. local time at ticketmaster.com.

Orville took to his official Instagram page and announced the dates. In the caption, the country music artist, who is openly gay, wrote: ‘First batch of 2023 dates has been announced! Gallop over to orvillepeck.com to grab your tickets – on sale Friday at 10 am local.” His comment section started to chime with excitement as he posted the update.

After touring across the globe in 2022, the “Pony” artist is set to return this April in North America, with his headline tour that kicks off on April 10 in Knoxville, Tenn. at The Mill & Mine. The “Bronco” artist will also be stopping in the Southeast and Midwest before his closing performance on April 20, 2023, in Birmingham, Ala. at Iron City. Here are all the dates: 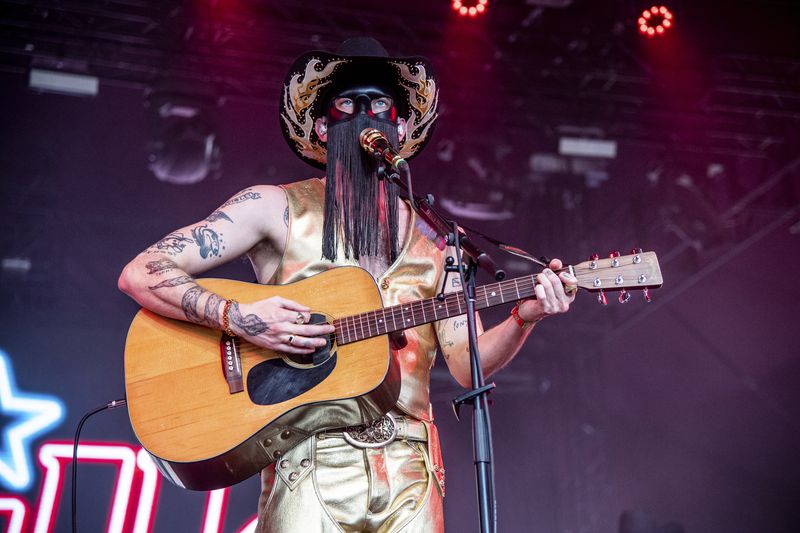 Born in Johannesburg, South Africa, Orville Peck (pseudonym) moved to London to study acting at the London Academy of Music and Dramatic Art and even starred in a play on the West End. However, growing up, he trained in ballet for 12 years and performed in musical theatres. By 20, he had already stepped into national tours of musicals.

The country singer self-produced his debut album, Pony, and released it in 2019 through a collaboration with Sub Pop. The album receievd a Juno Award nomination in 2020. In 2022, Peck revealed about his latest album “Bronco”:

“This is my most impassioned and authentic album to date. I was inspired by country rock, the ’60s and ’70s psychedelic, California and bluegrass with everything being anchored in the country. Bronco is all about being unrestrained and the culmination of a year of touring, writing in isolation and going through and ultimately emerging from a challenging personal time.”

The artist with a fringed mask is known for his “deep baritone voice, strong musicianship and songs that are sincere yet bold in their storytelling.” “All I ever wanted to do was be a country singer,” Peck, who’s openly gay, said in a June 2022 interview. “I finally got the courage when I was in my 20s to put all of the things I love together and just do the dang thing.”

Peck has developed a huge fanbase over the years, especially with the release of his second album “Bronco”. Last year, he performed at the Coachella, Stagecoach and Boston Calling music festivals. In 2021, Orville opened two “Harryween” shows for Harry Styles at Madison Square Garden.