Yurei Deco (You0 DECO) new anime from the over-talented animation house, Science SARU is coming out this July 2022 and the trailer has the anime industry in its clutches.

The production house behind Devilman Crybaby, a masterpiece in animation and storytelling is back with what looks like an instant classic and we can’t wait any longer.

Releasing this April, Yurei Deco is a sci-fi adventure anime which is relating to the social media and digital world that has inhabited our world of today. You can see the trailer below and our speculation of what seems like a very strange vision going into this anime.

The trailer starts with a wide view of an island town where a boy with a pair of goggle-eyed throws a paper plane beginning our look into Yurei Deco. The paper plane then transforms into what looks like a digital version of the same paper plane that was launched at the start.

The digital plane crosses an area filled with a sci-fi haven of people using technology to do everything for the town. We see a lot of numbers alongside a red heart which can be interpreted as a like button as is the case with social media sites. 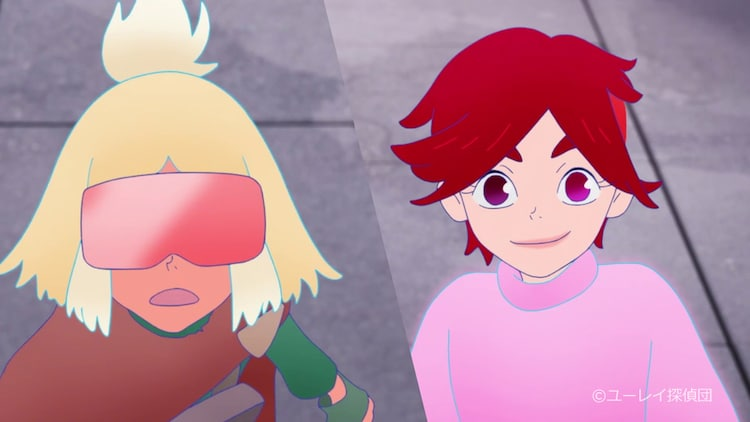 By following the plane we see that there are a lot of heart icons all through the buildings of the city, could it be that the corporations in this city are the ones who take feedback straight from their customers using a system similar to the one we use in social media?

Leaving that city we see a town which looks like the total opposite of the previous city, in the way of dressing, the way of spending their time, the clothes that they are wearing, the way the stall in the market is so reminiscent of some of the places in the real world. 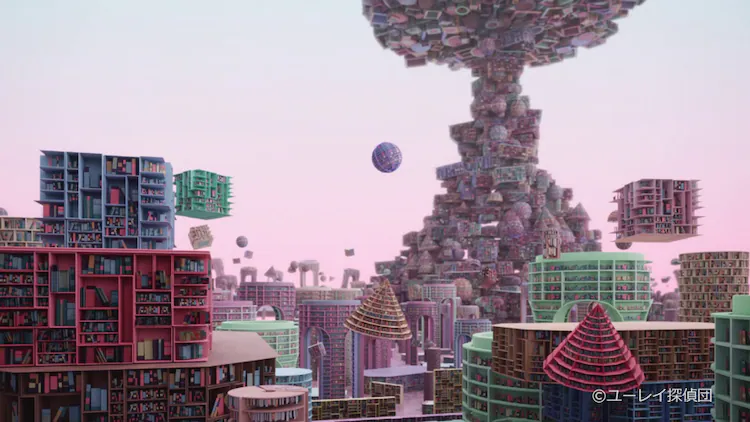 Then the plane seems to stumble upon who seems to be the protagonist of the show as they are on the cover of every promotional visual for this anime. They are depicted with a floating fish and open something that resembles a phone which has the same heart icon popping out of it. 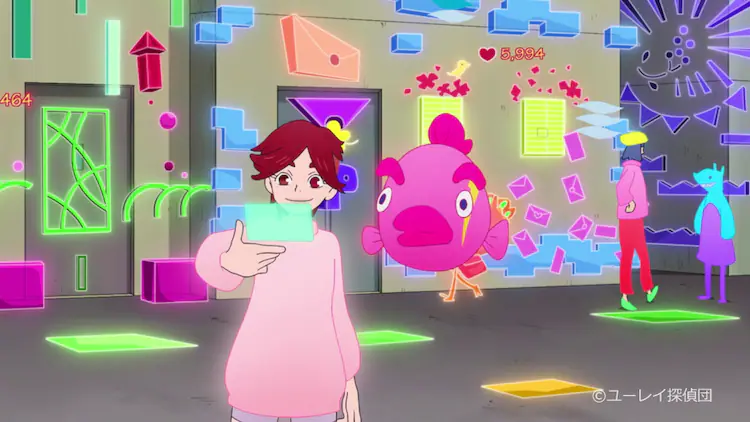 After this, we see the guy at the beginning of the trailer sliding down and then something like an office facility is on display where two people are glancing over a screen in which a man/cat/Catman appears clad in a white tuxedo with a white and red cape and a white hat to go along with the get-up.

After the Catman, a purple-haired woman appears followed by a green dinosaur and a small milk bottle suckling baby and ending with a strange creature appearing on the screen.

If what you just heard seems very bizarre and out of this world to you, then surely the trailer will amaze you further and so will the anime when it drops next month.

For more bizarre and abstract anime and manga news, check out The Teal Mango.