Pop band OneRepublic just started their Never Ending Summer Tour with a bang! On their tour, this summer the band will be joined by a special guest NEEDTOBREATHE. The fans of the band are pretty excited to see them back on the road. During their tour, you will hear their blockbuster hits including Counting Stars, Apologize, Secrets, and Good Life. The band will also play songs from their latest album Human such as Rescue Me and more. 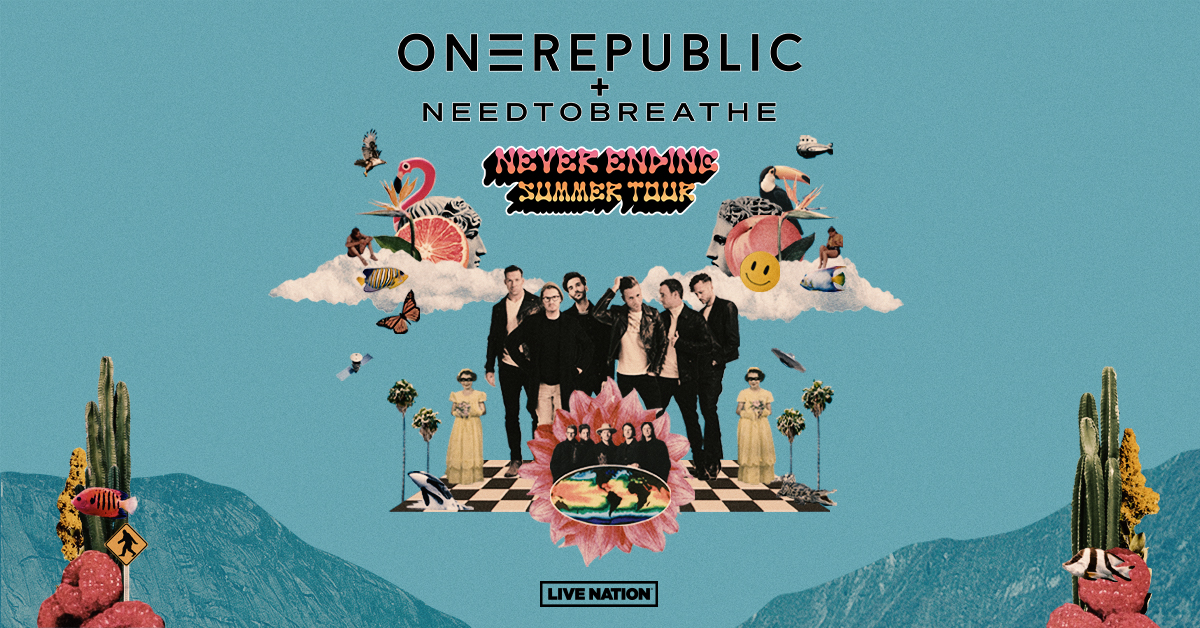 The band is also selling their merchandise at the moment, giving their fans a great opportunity to get a customized piece of merchandise from the show they attend. Isn’t that great?

The Never Ending This Tour will conclude with three shows in Florida in September. The last show of the tour will take place on September 4 in Jacksonville, Florida– Daily’s Place.

When was the band OneRepublic formed?

The band’s debut album Dreaming Out Loud saw the light of the day on November 20,  2007. Their album debuted at number 14 in the US with first-week sales of 75,000. The album received a mixed reaction from the end of critics.

The original version of their lead single titled Apologize was from Dreaming Out Loud. The song became a massive hit among the fans and it sold five million copies in the United States alone, receiving a five-times Platinum certification from the RIAA.

The band dropped their second album Waking Up on November 17, 2009, followed by their third one Native on March 22, 2013. Their third album was released after a three-year-long hiatus. The fourth album Oh My My released on October 7, 2016. The fifth album of the band titled Human was released last year in August.

Take a look at OneRepublic’s set for their ‘Never Ending Summer Tour’:

The following songs were performed by the band OneRepublic on their show that took place on July 17, 2022, at Holmdel, NJ – PNC Bank Arts Center.

Are you looking forward to OneRepublic’s Never Ending Summer Tour?  Kindly drop your thoughts in the comments section below. Don’t forget to stay tuned with us for the latest updates from the world of showbiz.