One Piece Chapter 1070 Release Date, Time And What To Expect

One Piece Chapter 1070 will release on Monday, 26th December 2022, at 12:00 AM JST. The previous episode showed us how Luffy’s Gear 5 works. Chapter 1070 will display a full-blown battle between Luffy and his former opponent Rob Lucci. 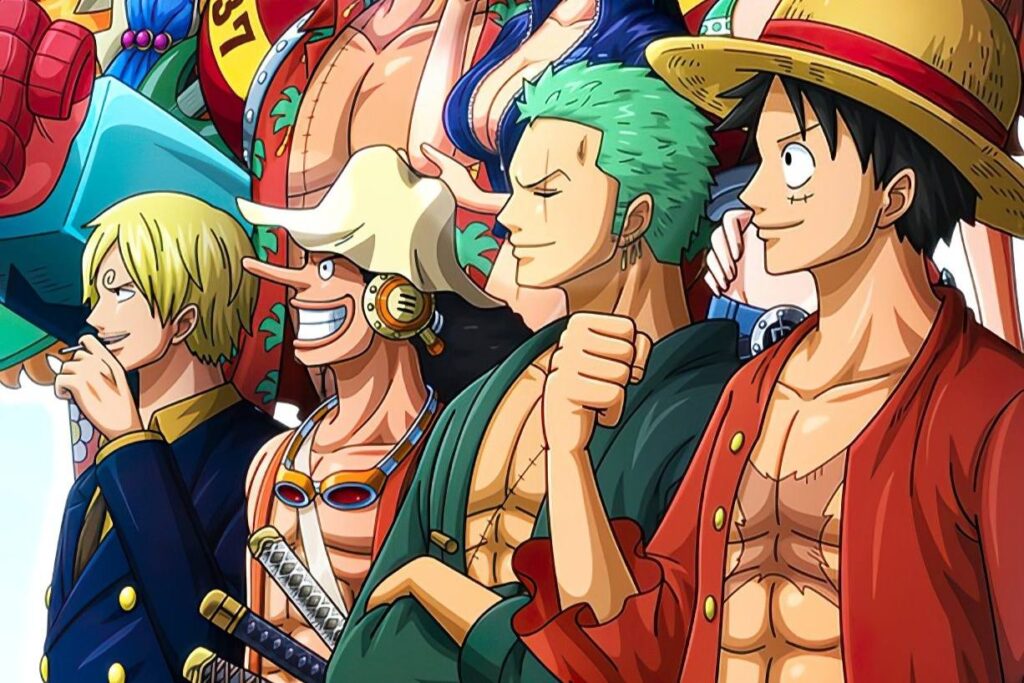 One Piece Chapter 1070 will release on Monday, 26th December 2022, at 12:00 AM JST. Most International viewers will be able to read the Chapter on Sunday, 25th December 2022. The release will vary across the globe, depending on the Time Zone

The following are the release dates and times of chapter 1070:

Where To Watch Chapter 1070 In the previous Chapter, we saw Luffy and Lucci coming face to face and acknowledging each other. The other members of CPO warn Lucci not to engage with Luffy. The CPO cannot attack an Emperor without permission from higher-ups.

A single mistake on the World Government side can trigger a war between two factions. Rob Lucci warns Luffy not to interfere as it is an internal matter. Luffy moves forward to check on Atlas, who Rob previously injured. This makes Luffy very angry as Atlas had given him food, and he could not leave Atlas like this. 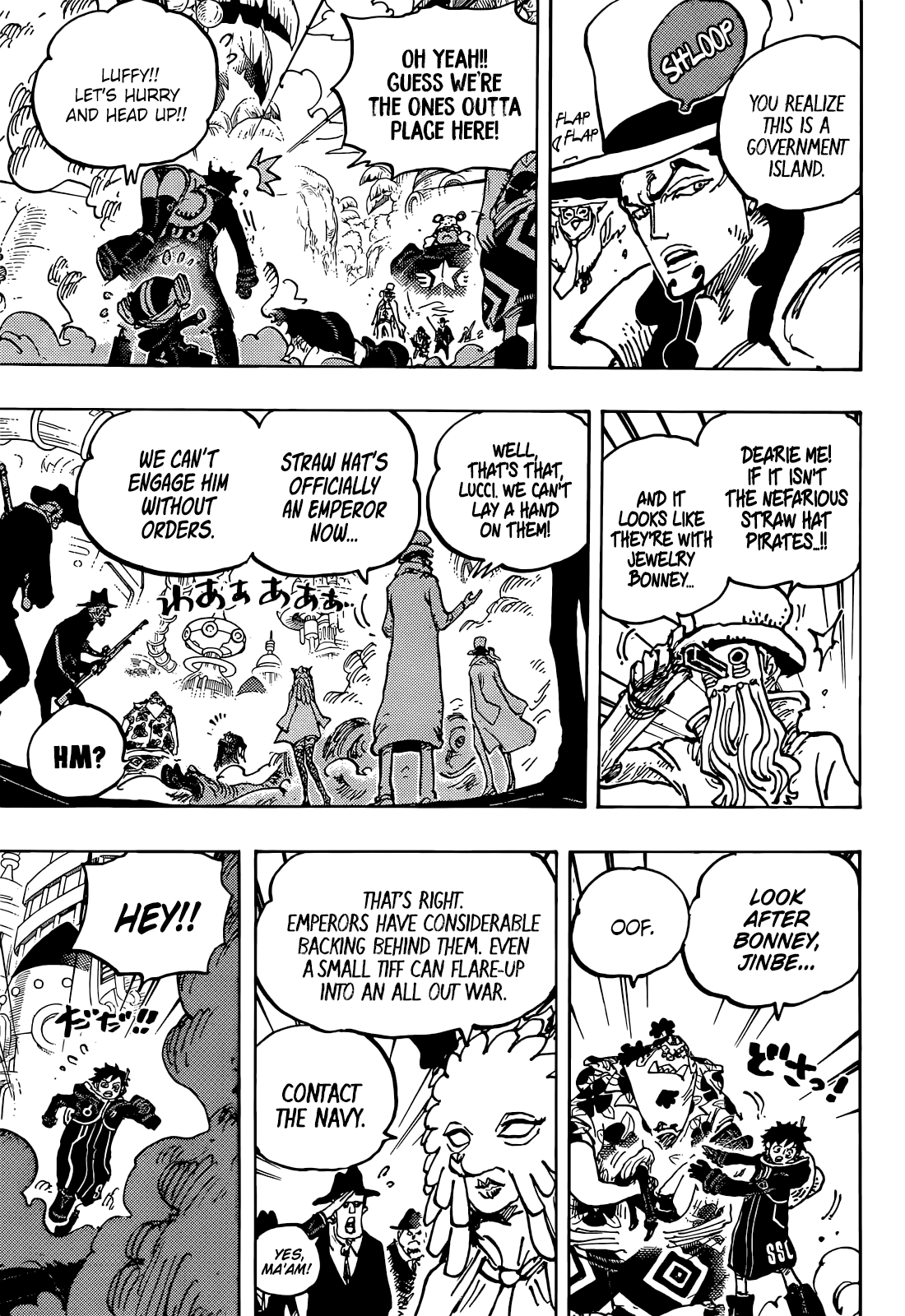 Meanwhile, In the Naval Headquarters, Akainu gets word that straw hats are on the Island. He realizes that the Doctor might know what they are up to and will try to side with Straw hats and escape the Island.

He knows that if Dr. Vegapunk escapes with Luffy, the World government will lose its power. Akainu decides that Straw Hats aligning themselves with Dr. Vegapunk is an act of war against the World Government.

He orders Lucci to stand his ground and wait for Admiral Kizaru to arrive at the Island. However, back at Egghead island, Luffy loses control after checking on Atlas. The Straw hats try to stop him because of his new Title.

Luffy ignores everybody and jumps into a battle with Lucci. The remaining straw hats at Labophase watch the situation from there. Rob has become more robust than before, which is quickly noticed by everyone.

Lucci has also achieved new Devil fruit power like Luffy. He transforms into his leopard form, which is visibly different from his previous form. A black snake cloud wraps his neck like Luffy’s white cloud in his Gear 5 transformation. Both sides are trying to calm their respective comrades. Vegapunk teleports himself to the Labophase, where he sees Luffy fighting with Lucci. Luffy uses his Gear 5 transformation, to which the Doctor comments that his transformation looks like Sun God Nika’s. Dr. Vegapunk also mentions his theory about Devil Fruits and how they work.

According to him, Devil fruits are manifestations of people’s desire. He specifies how Sun God Nika was removed from their history books, but he still continues to exist as people desire will always survive. Vegapunk believes that a person’s imagination can take them really far. 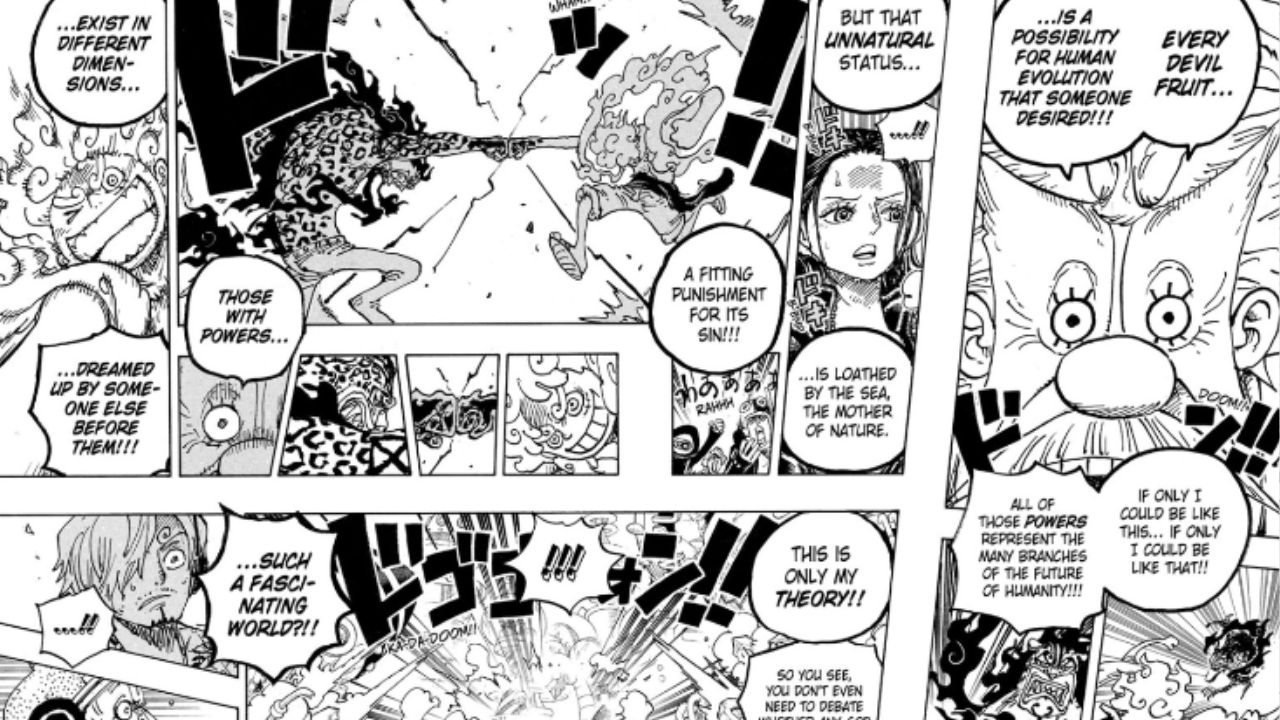 At the same time, Sentomaru appears, and the Doctor tells him about the World government’s plan to eliminate him. Vegapunk orders Sentomaru to engage in battle with CPO. He is hesitant at first because, in doing so, he will turn his colleagues into traitors. Nevertheless, he still issues the task of attacking the CPO.

Sentmaru overrides Kaku’s order and makes S-Bear attack them instead. Stussy reveals the Seraphim hierarchy. Dr. Vegapunk and his Satelites are above Sentomaru. The authority chip owners are at the bottom.

At the same time, the five elders sit at the top of the hierarchy. Therefore, He aids Straw Hats in escaping from the Island. However, Lucci is not going to let that happen. Lucci then attacks the young Navy officer in order to remove his control over Seraphim.

The Chapter will show that Marine Admiral Kizaru will arrive at Egghead Island. His arrival will further ignite the battle between Straw Hats and CPO. We might learn more about the fruits and how mysterious things work through Vegapunk.

In the previous Chapter, nothing was shown regarding Kuma’s destination. He just warped. He might show up at Egghead Island to help Straw Hats escape with Dr. Vegapunk. The battle between Luffy and Rob is likely to intensify.

Jump Festa 2023 revealed information regarding the upcoming movie One Piece: Red. One Piece stage also provided a preview for the upcoming chapter 1070. The preview shows a full-blown fight between Luffy and Lucci. 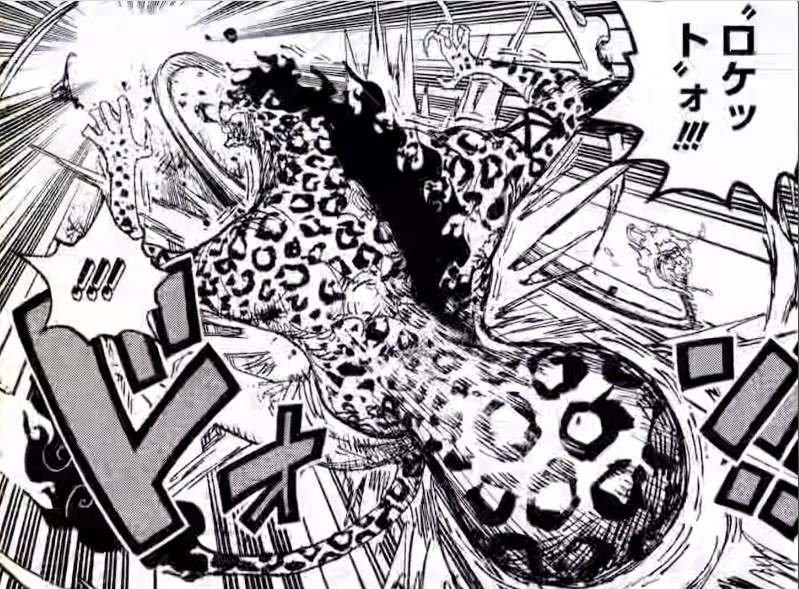 In one of the panels, Luffy punches Rob with his outstretched Arm creating a comical effect on Lucci’s stomach as it gets stretched by the punch. The other panels show Luffy in his Gear 5 transformation, moving backward to execute his punch. The panels clearly show that Luffy has a more substantial hand. He is the stronger of the two, and even with Lucci’s new power, he will not be a match for Luffy.

This has created a lot of hype among the fans. The most awaited Chapter has fans raving about the extraordinary work by Oda. The Chapter will be available on Monday, 26th December 2022.