Drivers License singer Olivia Rodrigo had one memorable night at iHeartRadio Music Awards. The award ceremony was held on March 22, 2022 (Tuesday). She didn’t win just one or two awards, she went home with a total of 3 awards. The 19-year-old was the one who dominated the list of winners in a few categories. For the big event, the singer decided to opt for a Versace bustier mini dress latex leggings, and platform pumps. Her platform heels were from the FW22 runway collection.

Which awards did Olivia win at the show?

Olivia was honored with three awards at the show which was the highest for any artist. She bagged the award for the Female Artist of the Year, Best New Pop Artist, and TikTok Bop of the Year for Good 4 U. She is living her best life at the moment just like she should.

The pop star took to her Instagram to express how thankful she feels after being honored with three awards. “thank u @iheartradio !!!!!💓👽🧋❤️‍🔥💞❤️”, she captioned the post.

And we just have to say good for her she looks happy and healthy. We are so proud of her for accomplishing so much in life at such a young age. She was even captured giving a hug to the singer Avril Lavigne after receiving the award for Female Artist of the Year from her. 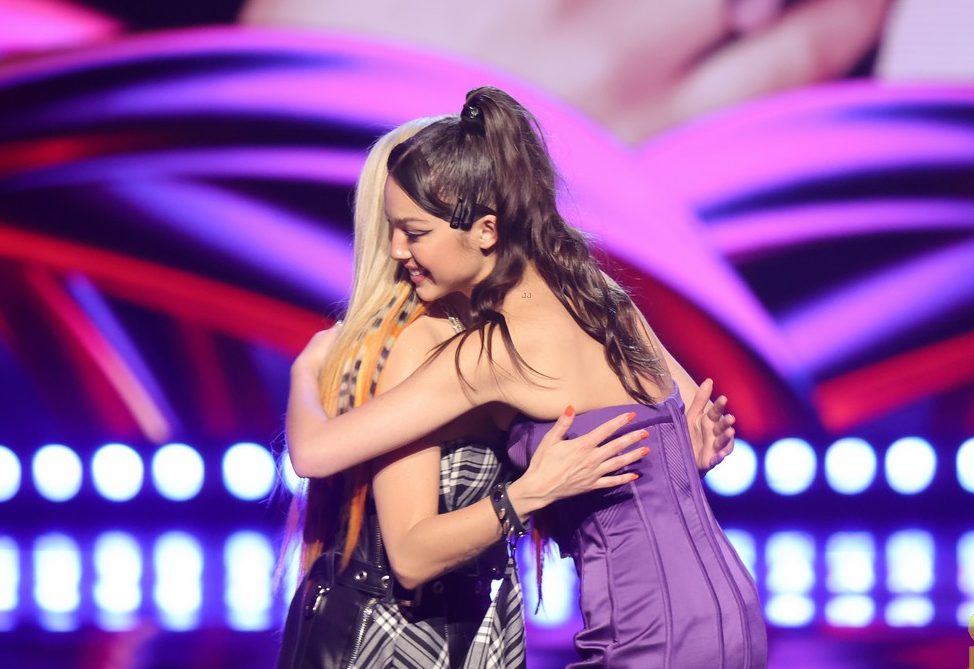 When did Rodrigo come into the spotlight?

Olivia Isabel Rodrigo was born on February 20, 2006. She made her first on-screen appearance in an Old Navy commercial. Soon afterward, she made her acting debut with the film An American Girl: Grace Stirs Up Success. She essayed the role of Grace Thomas in the movie.

In 2020, Rodrigo got signed with Interscope Records and Geffen Records. She dropped her debut song Drivers License on January 8, 2021. The track went on to break many records.

She co-wrote the song with Dan Nigro who is a producer by profession. The hit track became one of the best-selling songs of the year 2021. Shortly after she released singles Deja Vu and Good 4 U.

What’s next in line for Olivia Rodrigo?

We might see Olivia adding a few more awards to her award cabinet as she is nominated for seven awards at the 2022 Grammys. When we talk about her future projects, her Disney+ concert film driving home 2 u is going to be out on March 25, 2022.

Apart from this, she will be next seen in season 3 of the High School Musical: The Series and she is all set for her tour that begins next weekend.

We send our congratulations to the rock star. We can’t wait to hear more of her great music in the future. Don’t forget to stay tuned with us for the latest updates.