“This is my biggest dream come true”, Olivia Rodrigo’s biggest win at the Grammys 2022.

It was one of the brightest nights for the artists and musicians at the 64th Annual Grammy Awards. Among the big wins includes the most celebrated win of the California teen singer Olivia Rodrigo. Olivia went home to sleep peacefully knowing she’s been awarded the “Best New Artist” at the 2022 Grammys on Sunday.

She bragged the awards in the categories of Pop Solo Performance, Best Pop Vocal Album for Sour and the ultimate Best New Artist. Olivia Rodrigo’s success is not without merit. This singer-songwriter rose to fame after her song “Drivers License” became an instant hit.

With fellow nominees in the running including some of the biggest artists, Olivia marked the victory as the outbreak star of the year at such a young age.

It’s truly the happiest moment for the young star. Here’s everything you need to know.

Since the night of the music celebration called for artists receiving nominations and winning awards, it was exciting to look forward to the big wins.

And as it turns out, there was no shortage of emotion and magic during the Grammys last night as the “Drivers Licence” singer who introduced the heartbreak anthem swooped three major wins at the 64th Annual Grammy Awards ceremony held on Sunday.

Olivia Rodrigo, the 19 year old teen star has marked history in the Grammys world with her major wins.

Olivia is now labeled as the 13th artist to be nominated in all field categories in a single year.

The emotionally charged Olivia Rodrigo started her speech with a big thank you to the Recording Academy for turning her biggest dream come true with the Best New Artist award.

She expressed her gratitude to her team, her friends and her parents and a special mention to her producer and co-writer of the ‘Sour’ album, Dan Nigro.

Rodrigo shed light on working as a young artist in the music industry and the challenges faced by female singers. She also expressed about inspiring and strengthening female artists from the past who made her reach wherever she is today.

She included, “I wanna say to all the young girls out there who are writing songs every day, in their journals, on their bedroom floors, I am constantly moved by your vulnerability and your creativity and bravery,’

Olivia’s Debut Performance at the Grammys 2022 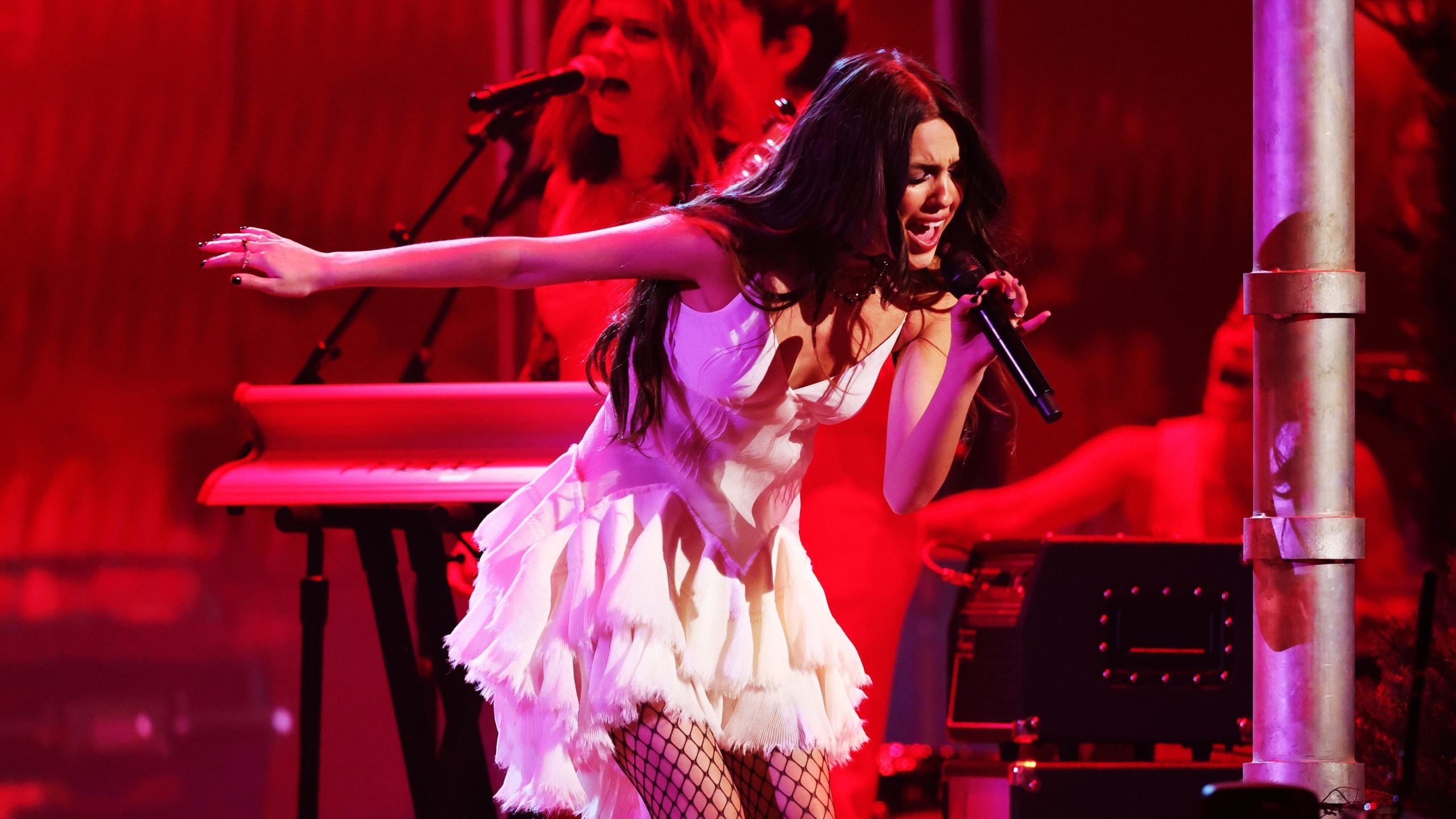 Before celebrating the victory of winning three consecutive awards on the glam night of Grammy 2022, she also performed at the ceremony for the very first time. Olivia gave a theatrical performance of her record breaking song, “Sour”.