Oh my gosh! The news is awesome, that’s for sure! There’s a boy in the house for Nicky Hilton and James Rothschild. It is a joy for the couple that their family has grown to five.

The 38-year-old Nicky announced in a social media post on July 5 that she and her husband James, 37, had welcomed a third child into their family, joining their two daughters Lily-Grace Victoria, 5, and Theodora “Teddy” Marilyn, 4. 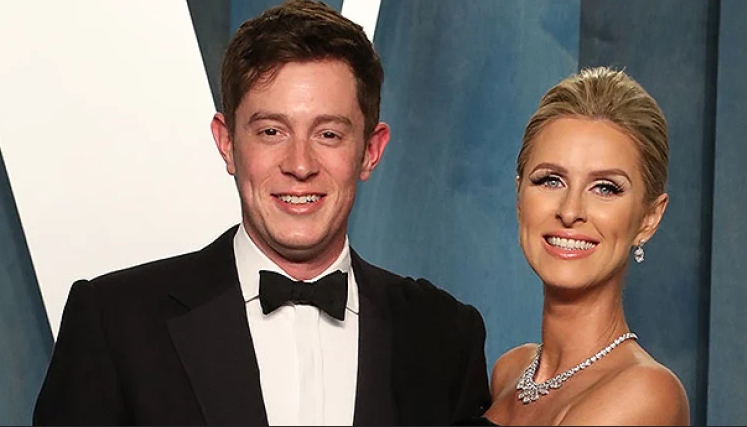 Her baby boy’s name and the exact day he was born were not disclosed by her during the interview.

To Announce The News On Instagram, Nicky Posted A Photo Of Her Baby Bump

In a black-and-white picture Nicky, 38, posted on Instagram before their son was born, James, 37, was holding her baby bump with his arms around her. The caption she added to the photo reads, “We are officially a party of 5! Welcome to the world sweet boy. Mom, dad and big sisters could not be more smitten. 💙,” 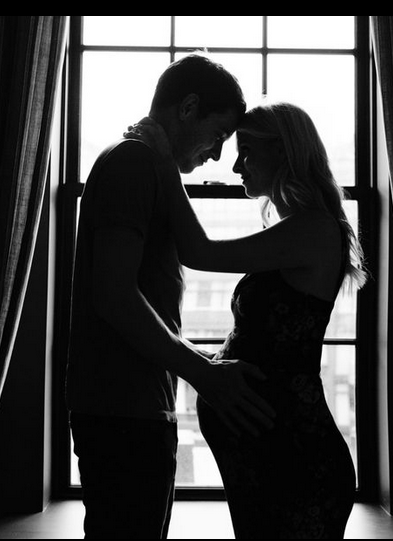 As a matter of fact, their daughters have already become experts at using their mother’s cell phone, so they will be able to get their new sibling up to speed quickly.

According to Nicky, during the interview on April 21, 2021, she revealed, “They love the filters, So they always say, ‘Give me your phone. I want to do funny faces.’ And they do the cat ears and the bunny years and all of that. They love the ones where you have the rainbows and the hearts on your cheeks.”

With A Smile On Her Face, She Revealed Her Pregnancy Via Instagram In February

During the reveal of her pregnancy via Instagram in February, the 38-year-old fashion designer held a smile on her face as she cradled her baby bump.

According to the pregnant celebrity, who is the mother of Lily-Grace, 5, and Teddy, 4, their two daughters, wrote, “They say the best things in life come in threes,” 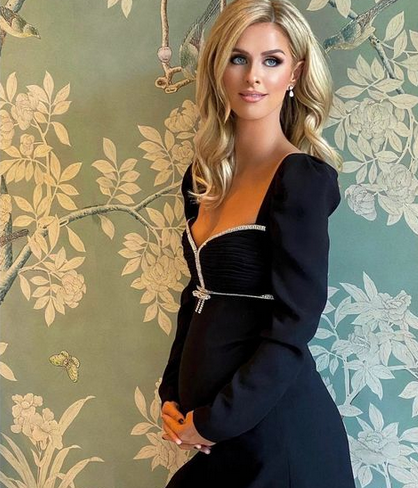 “It’s our first grandson,” the 66-year-old told Extra about his grandchild in March. “I’m not speaking out of turn,” he clarified, explaining that Nicky and James, as well as his wife, had been telling people about the news.

A Video With Lily And Teddy Showed Her Feeling Blessed

After sharing a video on her Instagram account with Lily-Grace and Teddy, Nicky told her Instagram followers how “extra blessed” she felt to be celebrating the holiday as a mom with a baby boy on the way.

“Our family is growing,” Nicky wrote in the video’s caption. “So excited to meet our little one this summer.”

She shared in the video that she has found being a mom to be one of the most rewarding aspects of her life, detailing the “fun things that she used to do” as a child that she now takes advantage of with her daughters.

“We watch cartoons and eat cereal and go to theme parks, [I get to] just be a kid again”, Nicky explained.

Our sincere congratulations to the couple on welcoming their son and praying for the newborn’s long life and good health.