Time to make a pros & cons list again? Or it’s already figured out.

Your preferred ensemble is back with another exciting season. ‘Never Have I Ever’ is one of the most amazing shows on the streaming platform Netflix. We have plenty of exciting updates for you, starting with the official release date of Season 3 and concluding with stunning first-look images.

After a painful year, Devi Vishwakumar, a first-generation Indian-American teenager, sought to enhance her reputation at school. But friends, family, and emotions don’t make it easy for her. She is also having difficulties with her relationship with her mother, Nalini. 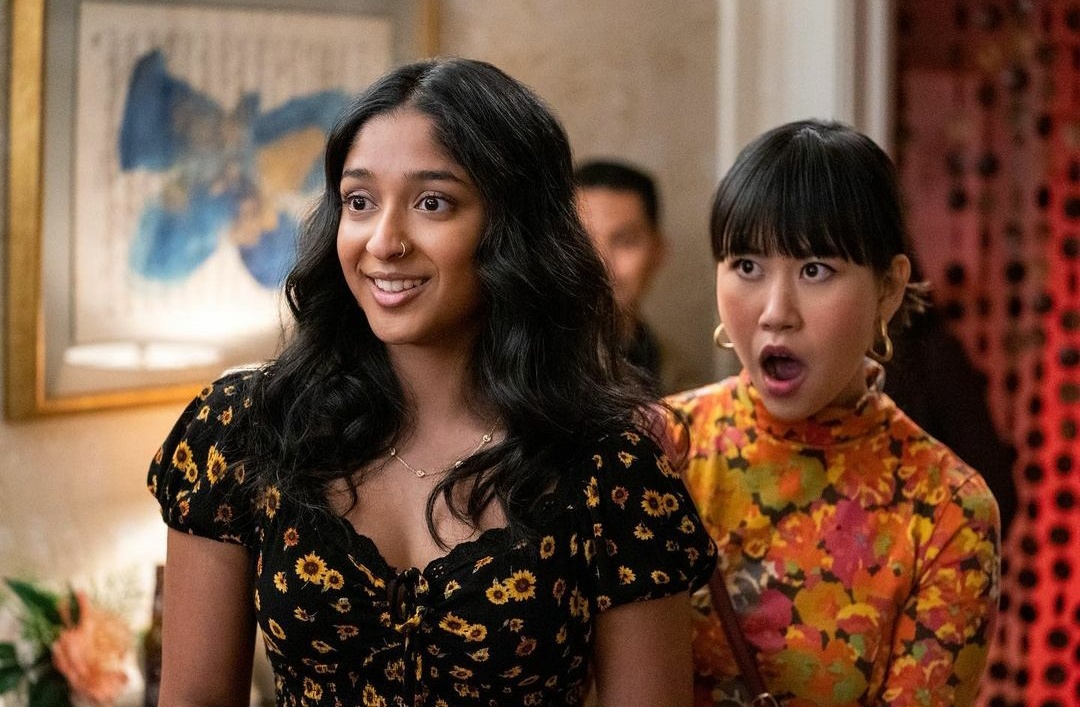 Devi also has to struggle with her love for Paxton and Ben after cheating on both of them. Aneesa Qureshi, a fresh student, has entered the bandwagon.

Well, Devi’s daily chronicles dealing with all of this are followed throughout the series. Season 3 will deliver much more excitement. Now time for some updates.

A post shared by Never Have I Ever (@neverhaveiever)

‘Never Have I Ever’ Release Date Is Already Confirmed

We have tea. Never Have I Ever is back with Season 3’s release date. The third season of the series is scheduled to release on Friday, August 12th, 2022.

This season will consist of a total of 10-episodes of entertainment, emotions, and consequences. Devi’s chaotic school journey is going to get more complicated.

We can’t wait to see what season 3 will focus around. Are we going to have another love interest? What happens to the friendship in the show? Oh, we’d love to learn more about Kamala’s personal life. Season 3 will provide answers to all of our concerns. 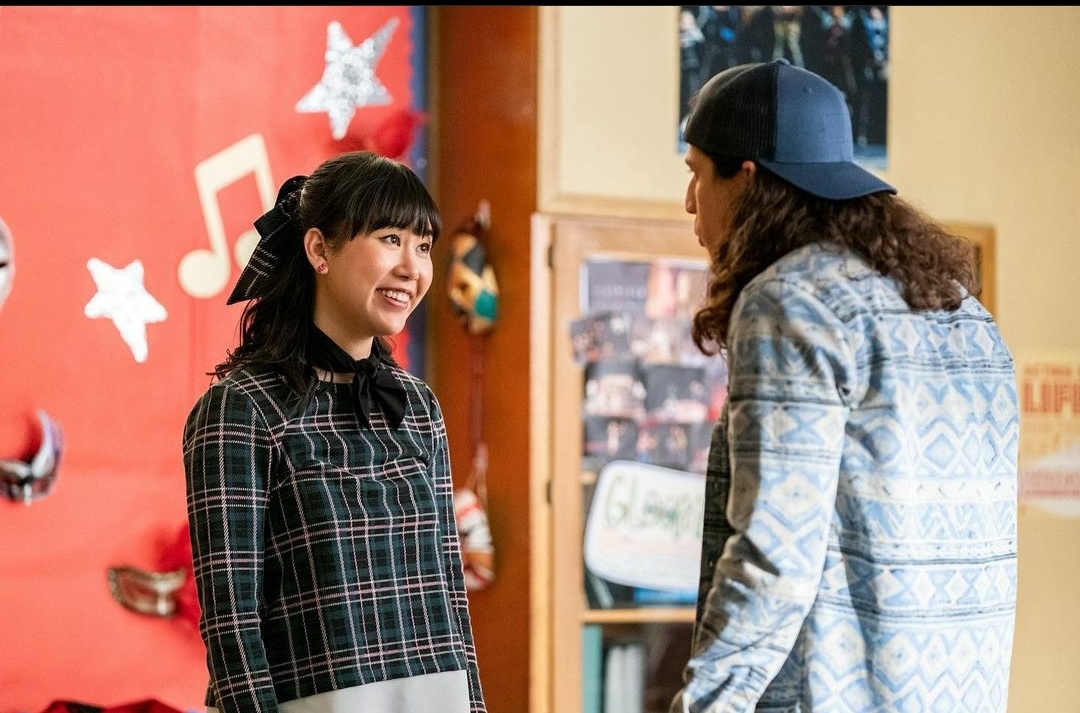 Well, in season 3 of the coming-of-age comedy Never Have I Ever, Indian American teenager Devi (Maitreyi Ramakrishnan) continues to contend with the rigors of high school and family drama, while also juggling new romantic relationships.

Co-creators Mindy Kaling and Lang Fisher announced in a press release, “We are so grateful to Netflix and Universal Television for letting us continue to tell this story and to the fans around the world who clamored to see more of this badly behaved Indian teenager.”

ok i am ALSO not lady whistleboy but i do have the tea… never have i ever returns august 12!!!! pic.twitter.com/HM4VF9oTLg

Wait, Devi is back with Paxton? Too much drama is incoming.

Never Have I Ever Season 3 First Look Images

Now, let’s get to another good part. Well, the team has revealed some exciting first look images of season 3.

You’ve probably seen the image of Paxton and Devi smiling and strolling along the school corridor.

Then we have our beloved bunch of buddies who are probably listening to Devi about her intentions and possibly something else is going on. 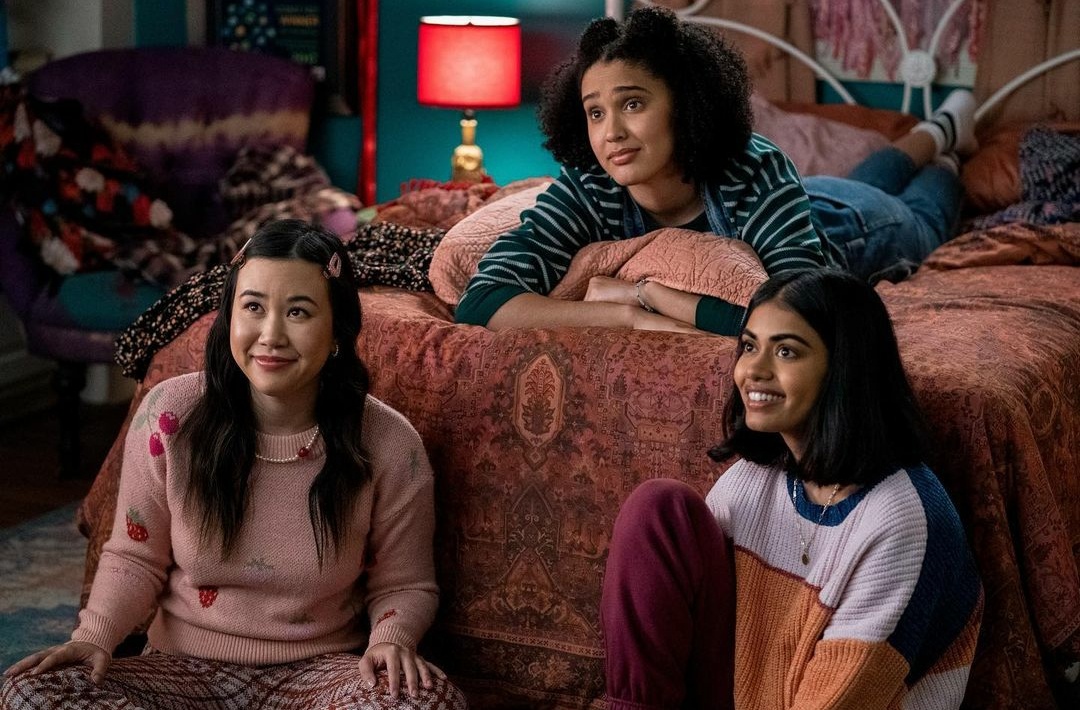 Devi and her mother appear to have formed a deep bond and have begun to understand each other. A mother always looks after her child. 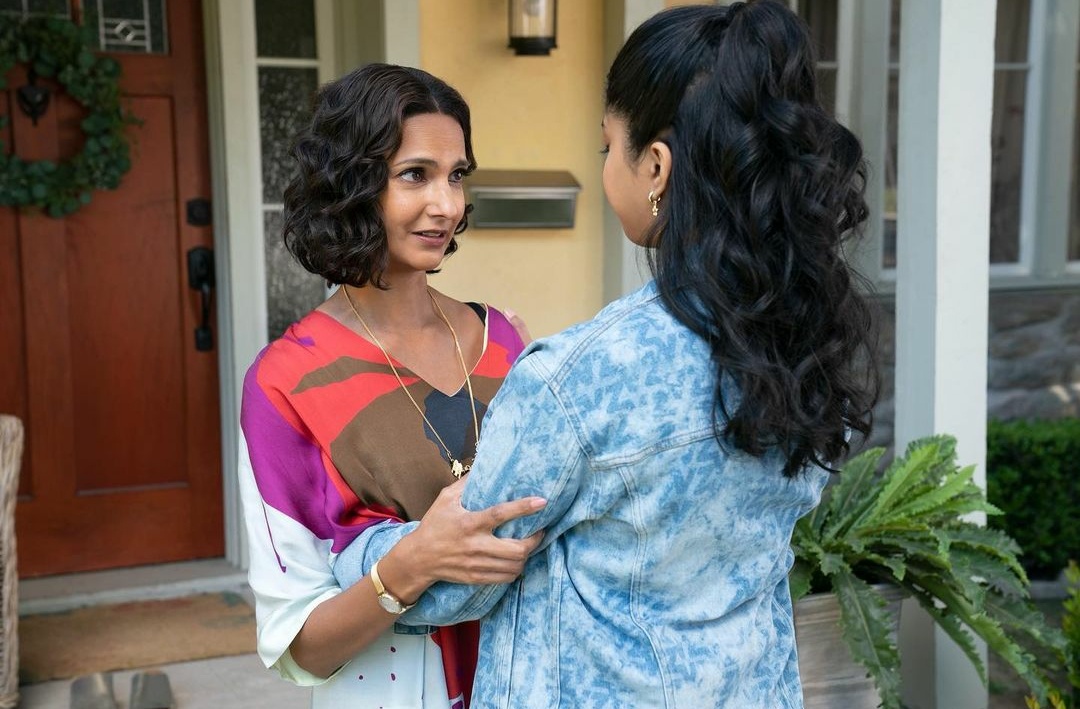 Ben and Devi’s confrontation has also been revealed in the first look photographs. What exactly is going on? 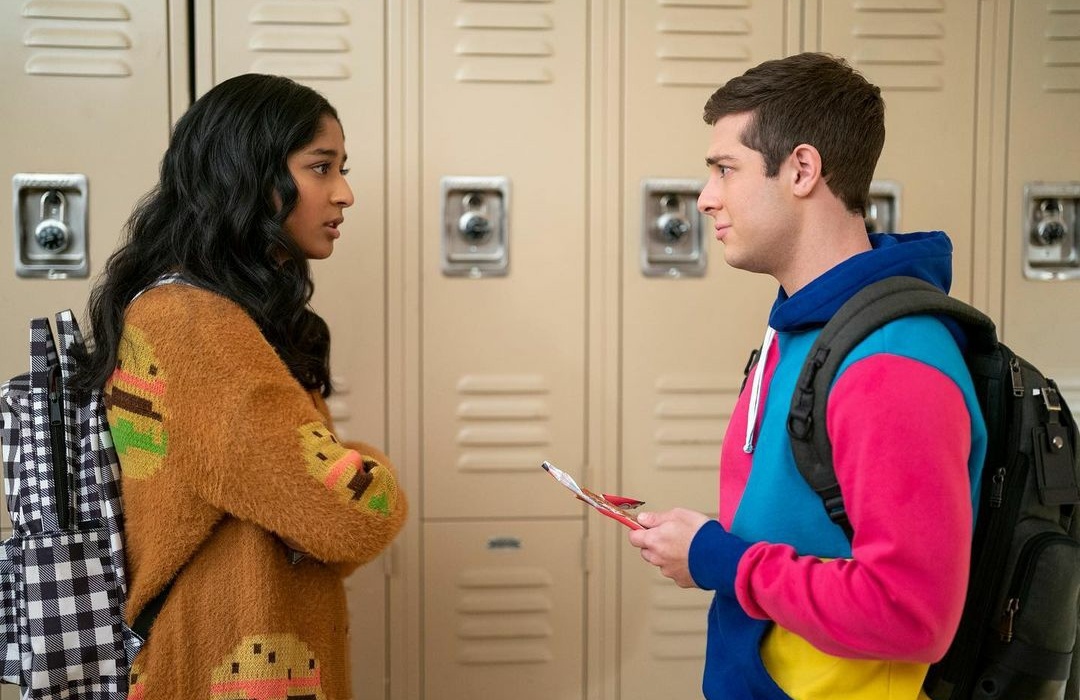 Kamala is looking as gorgeous as ever. 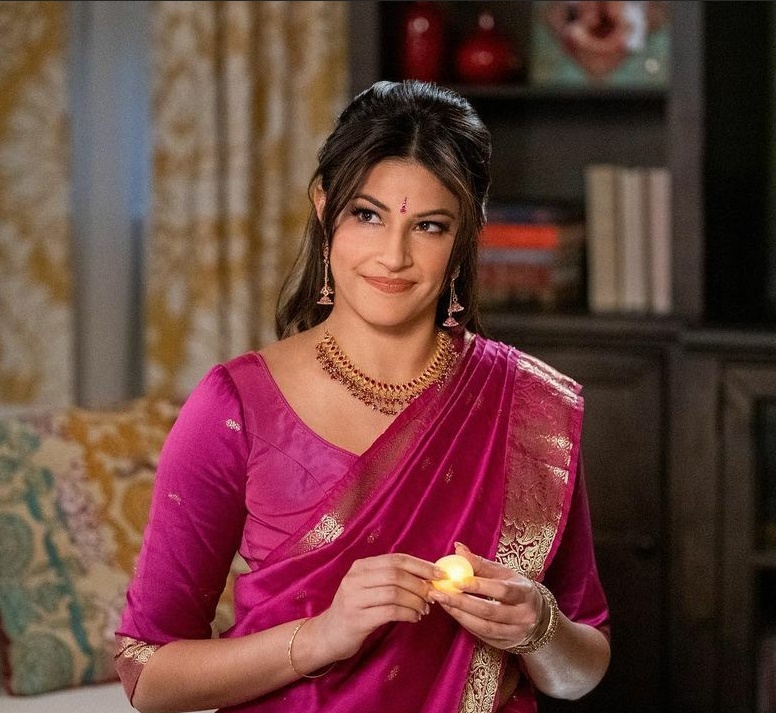 What exactly is written on the t-shirt? Plowed by Paxton. 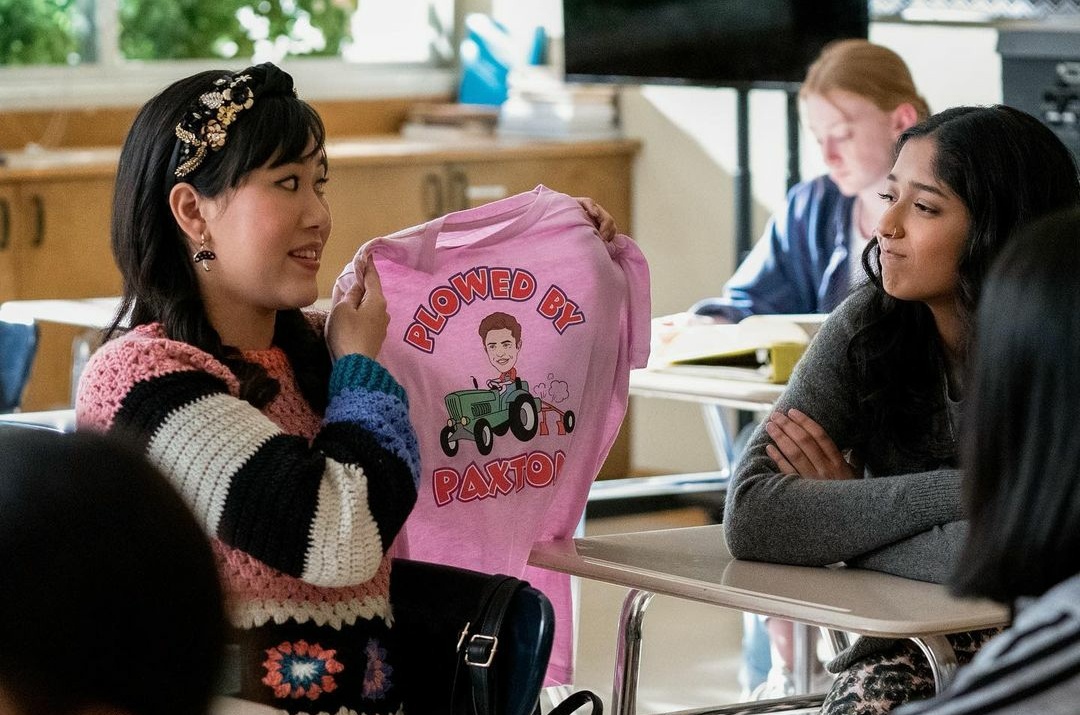 Okay, and a new addition to the season is ‘Anirudh Pisharody.’ And he’ll portray an Indian American teenager. A new love triangle for Devi? Or a new enemy? Looks like we will get to know that. 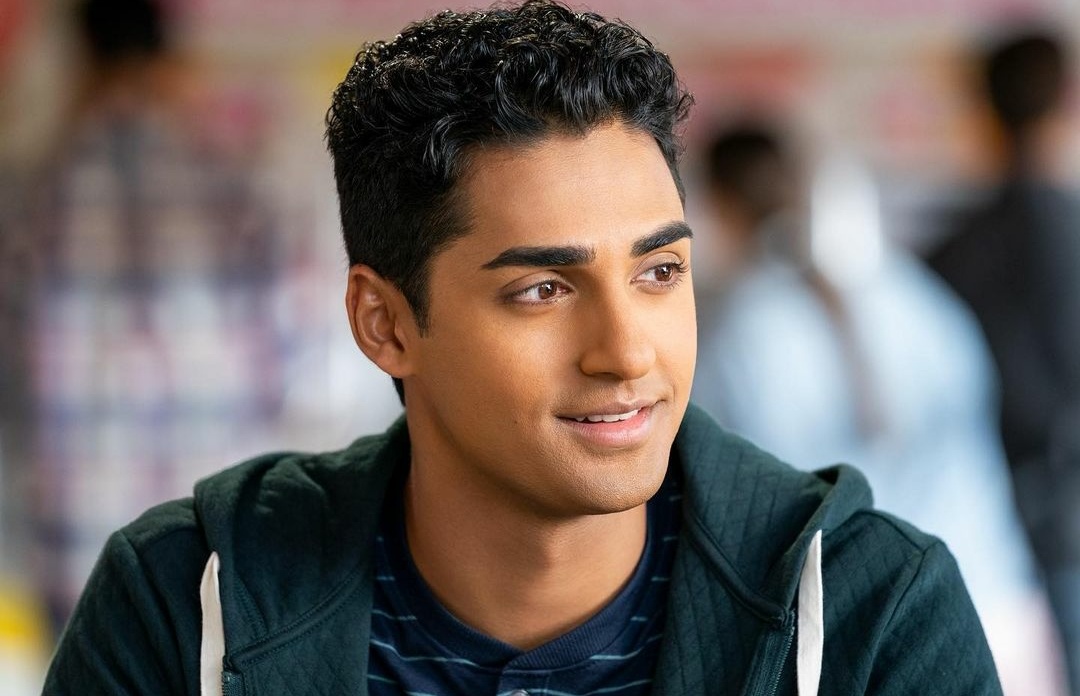 So, what are your thoughts on the Never Have I Ever Season 3 first-look images? The season is approaching quicker than expected. And we will keep you updated on any new developments.

Meanwhile, you can let us know which team you’re on in the comments area below. Team Ben, Team Paxton, or Team Anirudh.