The popularity of cinematic theft can be attributed to four things. It’s always exciting to witness an ambitious or crazy heist, people like the way these movies often have happy endings, and viewers love how realistic the action is.

Three, with audiences being able to experience the lives of criminals vicariously; and four, with anti-capitalist sentiments that resonate with the modern age. Netflix’s runaway hit Lupin became one of its second-most-watched original shows in 2019, attracting many curious audiences who quickly compared it with either Money Heist or La Casa de Papel.

This Spanish show has acted as a paragon for cinematic excellence. The hit Netflix series, Money Heist came to an end in 2021 giving us major heartbreak in the show’s ending. 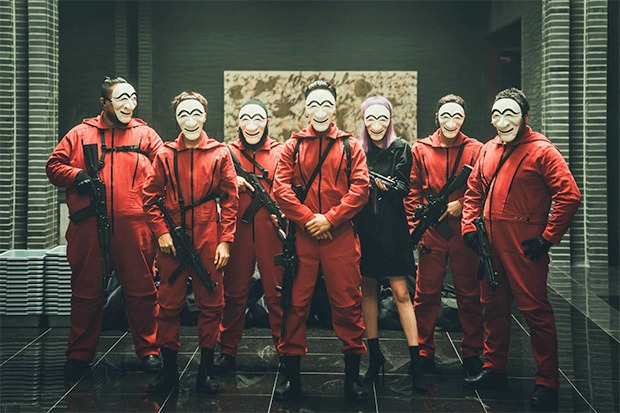 But the show’s successful impact left us craving for more heist shows particularly a justified spin-off. Well, your wish has been accepted as the streaming giant has brought a fresh spin-off to the great Money Heist.

Netflix has released a trailer for the Korean version of the original heist show. Here’s everything you need to know.

Yes, you heard that right. The huge interest in Korean dramas has grown even more with the release of Squid Game, which became the most-viewed non-English show on Netflix by surpassing Money Heist’s previous record.

After the success of Squid Games, Netflix is diving into another Korean project, Money Heist: Korea – Joint Economic Area Part 1. With its announcement made back in January 2022, the streamer is here with a thrilling trailer.

The streaming platform has released a trailer for its upcoming Korean heist series. The trailer is already creating a buzz around the internet for its diverse cast.

The reason for the remake of a popular heist show could be because there are people still longing for more of the elaborately intense robbery narrative.

That’s where Korean shows come in. It would be a great way to help Korean films looking to expand their audience base. The series is going to hit on the platform on June 24th.

For those who enjoyed Squid Games, here’s a surprise package because there might be some familiar faces in the upcoming Korean heist series. The Korean version of Money Heist will be similar to its parent show in that it will have a group of robbers led by the professor. It won’t change from its original structure, so there’s no need to worry about not getting your usual dosage.

However, as the trailer indicated, it will follow a Korean Socio-Economic conflict.

Here you go! As for now, this is all you should know before gearing up for the upcoming  Money Heist: Korea – Joint Economic Area Part 1. We will be back with more updates soon.