A few days ago, Crystal Renay Smith filed for divorce from her husband Ne-Yo after accusing him of sleeping with another woman.

As reported in the legal documents, the entrepreneur filed for divorce on Monday from Ne-Yo, Shaffer Chimere Smith, the given name of the R&B singer. According to the petition, Ne-Yo and Smith separated on July 22, 2022. 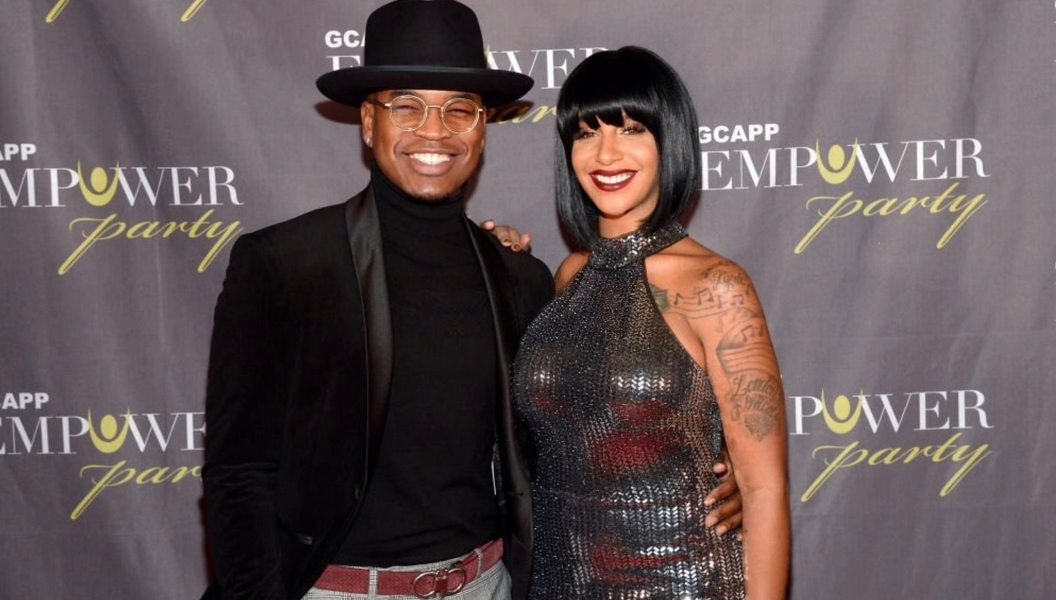 Originally from New Jersey, Ne-Yo is an American singer, songwriter, dancer, record producer, and actor who rose to prominence with the song “Let Me Love You”, written for Mario. Def Jam’s label head was so impressed by the song that he signed a recording contract with him. In 2000, he separated from the band ‘Envy’ from which he began his music career. 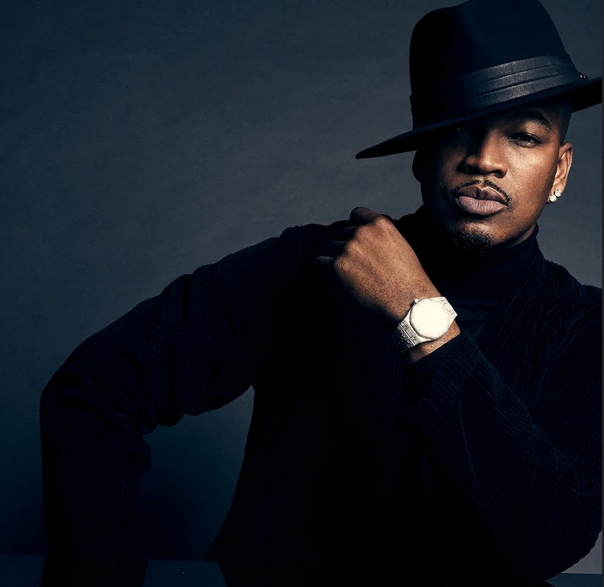 After leaving Envy, he got a recording contract with Columbia Records, where his album wasn’t released for over a year, forcing him to resign. After reaching the top spot on the Billboard 200 with his album ‘In My Own Words in 2006, he made his debut as a solo artist. As a result, he became one of the most sought-after songwriters and released more successful albums.

He has earned a name not only as a singer, a dancer, and an actor but as a songwriter. The actor has appeared in films such as ‘Stomp the Yard, ‘Battle: Los Angeles’, ‘Red Tails’, and many more.

Who is Crystal Smith?

There was a time when Crystal Smith was known as Crystal Renay, a former reality TV star and model. Aside from appearing on Platinum Life on E, she also appeared on BET’s reality series About The Business. 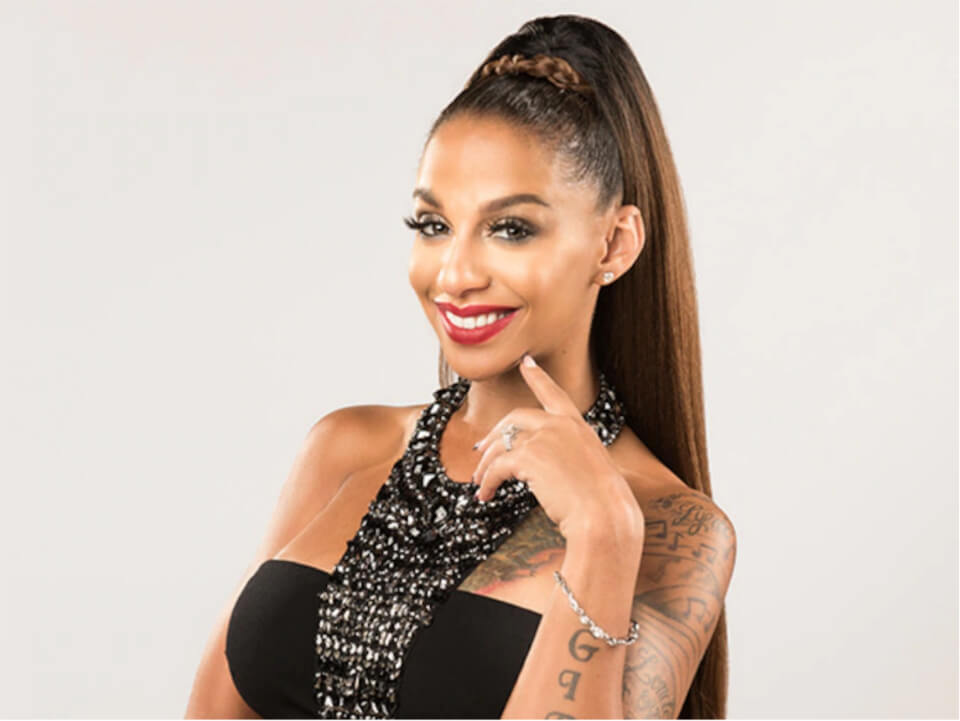 Her passion for cooking can be found on her YouTube channel Crystal’s Creations, where she shares recipes and her love for the culinary arts. She appeared on the television program The Real alongside her ex-girlfriend Monyetta Shaw and Ne-Yo on the popular talk show.

Ne-Yo “Has Committed The Act Of Adultery,” According To The Petition

As stated in the court document, the petitioner is entitled to a divorce from the respondent because their marriage is irrevocably broken with no hope of reconciliation after the marriage has broken down.

The petition aimed at Ne-Yo’s behaviour, alleging that he had committed adultery with another woman. The filing also claimed that the singer had “recently fathered a minor child” with another woman, echoing Smith’s accusations.

It seems Crystal has dumped the singer after six years of marriage, two weddings, three children, and accusations of unfaithfulness from the singer.

We will provide some context into what led up to this moment by giving you a timeline of Ne-Yo and Smith’s relationship and what they have said about each other and their children in the past.

Their First Meeting Was Solely For Business In 2015

Smith and Ne-Yo first met in 2015 when Ne-Yo was working on his sixth studio album, “Non-Fiction,” and Smith was chosen for one of the videos accompanying the album. 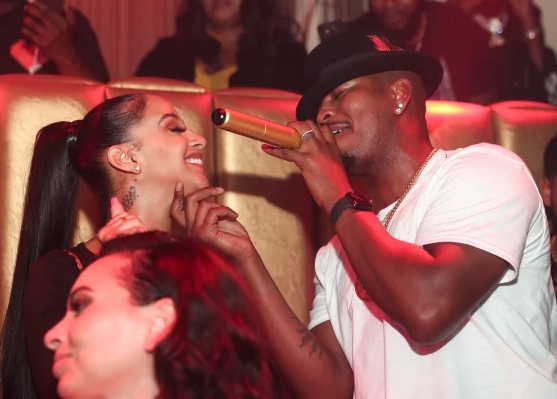 Ne-Yo revealed this in a 2020 interview which coincided with the couple’s wedding. “Our meeting was initially strictly business, and I had planned on shooting a short film with the album. We met at a restaurant, but she showed up two hours late. She explained later why that was: She was trying to get some info on me: who I was, if it was going to be a business meeting or if I was some creep.”

Despite Ne-Yo’s untimeliness, Ne-Yo forgot all about it when she started talking to her. The two of them started dating two weeks after their business meeting.

The Couple Got Engaged And Welcomed Their First Child In 2015 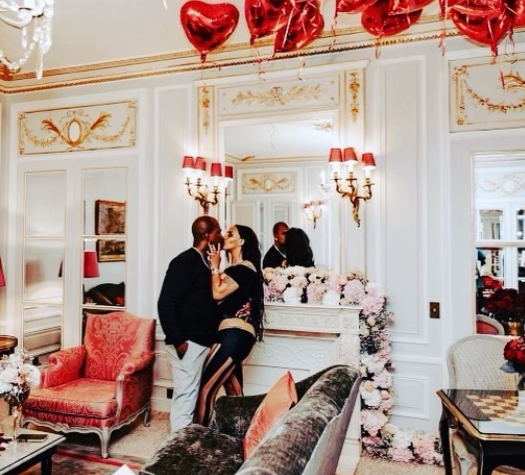 It has been less than one year since Ne-Yo and Crystal announced their engagement and that they would have their first child together. In an interview, Smith claimed that the proposal took place after they celebrated his album’s release, which he characterized as a hilarious moment.

It was only a month before Ne-Yo and Smith were about to welcome their son, Shaffer Chimere Smith Jr., in February 2016 when Ne-Yo and Smith got married in a Los Angeles ceremony. 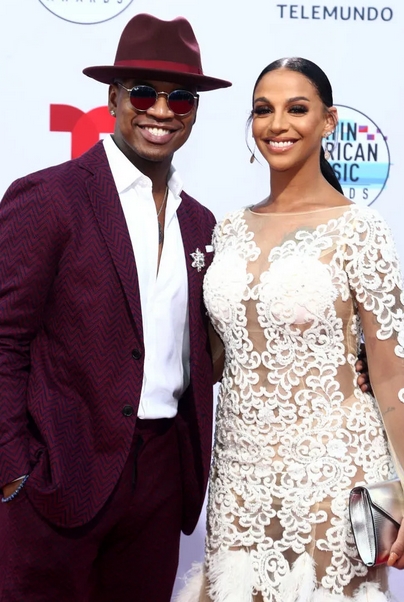 A beautiful wedding venue overlooking the Pacific Ocean was the perfect place for the couple to tie the knot. There was a reason for them to want to do that. They wanted to have the sense of a destination without going there.

Ne-Yo expressed that they were looking forward to starting a new chapter in their life with each other. It will be excellent being each other’s best friends for the rest of their lives.

The couple welcomed their second child into the world in June 2018, Roman Alexander-Raj Smith. As Smith announced the birth of their son on Instagram, she said that it was not the way that she would have imagined it happening. 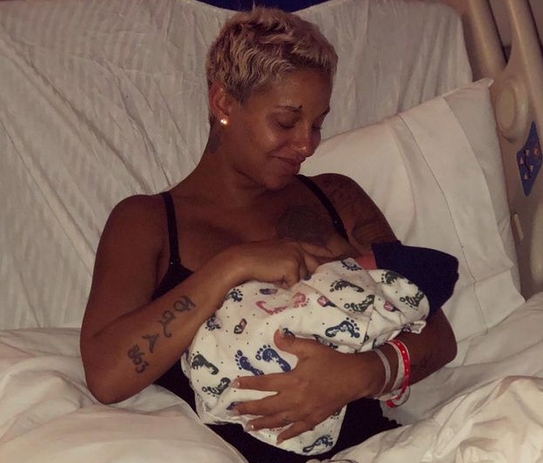 “A routine doctor’s visit on Thursday, and I was rushed straight to the hospital and into surgery less than an hour later! Roman wasn’t doing well in my womb and had to be taken immediately, or the doctors feared the worst,” she explained.

The divorce proceedings between Ne-Yo and Smith were filed in March 2020. In a February 2020 podcast appearance, “Private Talk With Alexis Texas,” he discussed their marriage problems about their divorce.

Their Divorce Was Canceled, And They Reunited

The couple spoke about how their marriage got back on track during a “Tamron Hall” appearance in November 2020, during which they talked about their difficulties. According to Ne-Yo, being quarantined brought the two closers together due to the experience.

An Instagram video was captured by Neyo of him proposing to her again on New Year’s Eve in 2020. In June of 2021, he and Crystal welcomed their daughter Isabella into the world. Taking to Instagram, Crystal wrote that his world had finally been completed.

A Renewal Of Their Vows Took Place In April 2022 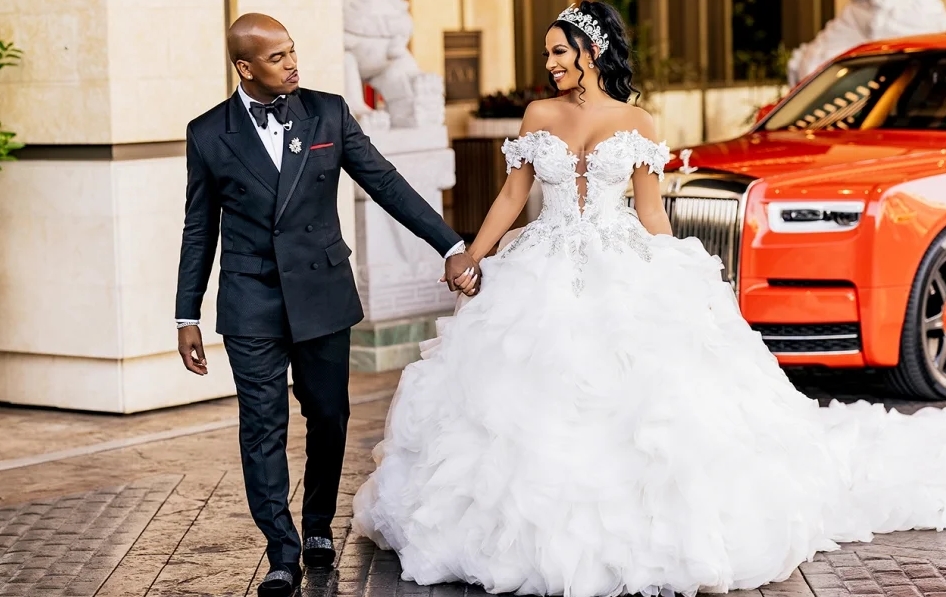 The couple renewed their vows in April 2022 during a ceremony that took place in Las Vegas. In contrast to Crystal’s white gown, many of the guests at the event wore red, giving the event a striking contrast. In the month leading up to this event, Crystal shared on Instagram that marriage is one of the most rewarding and challenging unions that one can experience.

Their Story Inspired Ne-Yo To Write A Song In 2022

It was announced in May 2022 that Ne-Yo’s eighth studio album, “Self Explanatory”, would be released. According to him, one of the songs, “Don’t Love Me,” was inspired by his marital struggles with Crystal.

Ne-Yo told his wife that when he played that song for her, he had a feeling that it brought back memories of when they were together at that time. In the throes of a divorce, the song was written to cope with the possibility of a divorce. That was a teary moment for him because, at that time, he was considering divorce.

He told a reporter that if anyone asked him for advice, Ne-Yo would say to them to be honest with themselves and their partners if they faced difficulties in their marriages.

As Of July 2022, Crystal Accuses Ne-Yo Of Cheating

The nearly decade-long relationship between Crystal Renay and her husband led to her accusing him of cheating on her with several other women on July 30 via Instagram. 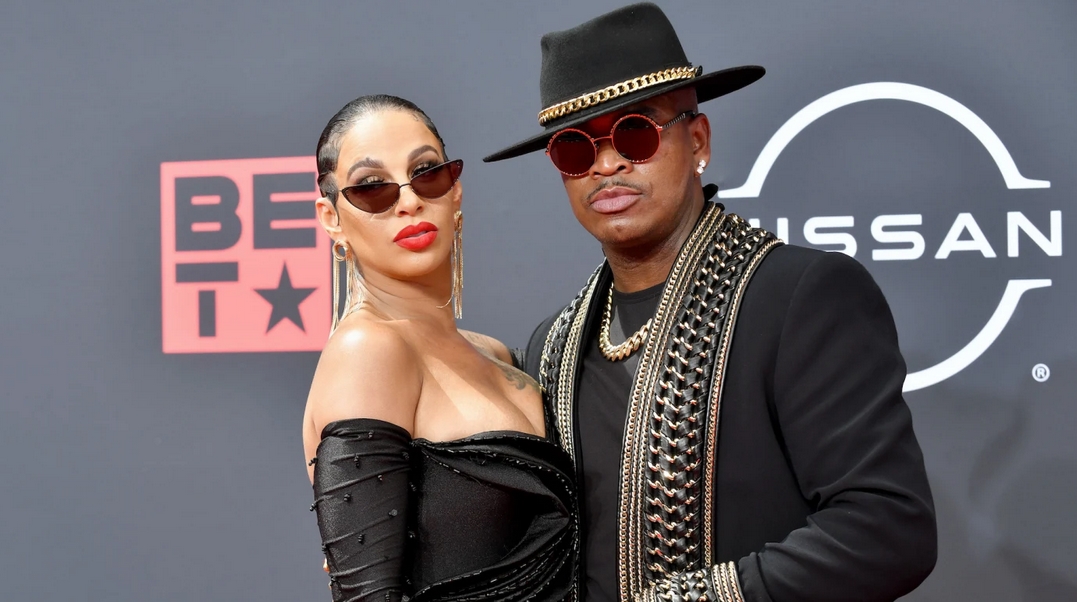 “8 years of lies and deception. Eight years of unknowingly sharing my life and husband with numerous women who sell their bodies to him unprotected… every last one of them!” her statement said.

According to Renay, 36, as she moves forward, she will also focus on herself: “I choose me, I choose happiness, I choose health, and I choose respect.”

Several celebrities and influencers expressed their love and support for Crystal in the comments section of her post, offering condolences and words of comfort.

Ne-Yo’s wife has filed a divorce petition claiming that he has recently fathered a child with another woman he has been involved with. Several news outlets reported that Crystal Smith, who publicly accused the singer of cheating, filed divorce papers in Atlanta this week, days after publicly accusing him of cheating. 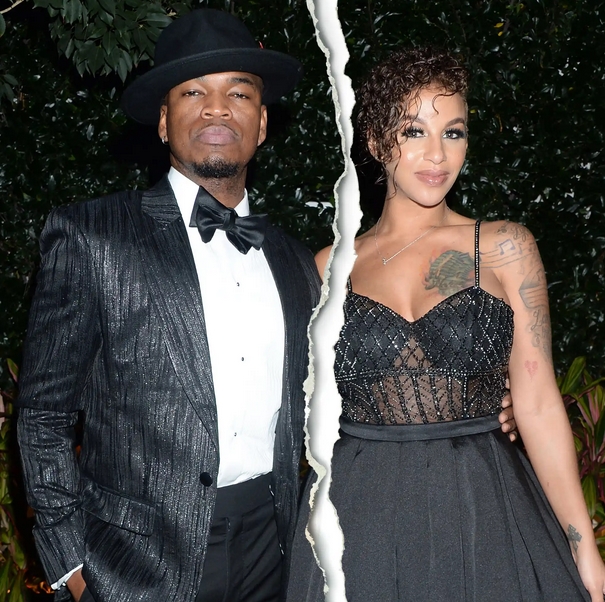 In a statement, Crystal noted that the couple officially separated on July 22 and that she has been caring for their three children: Isabella Rose, one. Roman Alexander-Raj Smith, four, and Shaffer Chimere Jr., six. Her request is to have primary physical custody of the kids, joint legal custody, and receive child support and alimony from her ex-husband.

As far as the singer is aware, he has not made any public comments about the alleged fathering of another child. It is still unclear when the hearing will take place. We will have to wait and see what will happen in the future regarding the court hearing. We want to extend our support to the lovely couple as they part ways. What do you think about this matter? Let us know in the comments what you think.