YoungBoy Never Broke Again, also known as NBA YoungBoy is all set to welcome the new year with a new album of his. He recently announced that he would be releasing his newest album I Rest My Case. The upcoming project’s artwork was revealed by DJ Akademiks. According to him, the album will drop on Friday, January 6th. This album will be his first this year. Last year he dropped Lost Files on December 23, 2022.

I Rest My Case will most probably be his first album under his new label that he recently signed with, Motown Records. His record The Last Slimento was the last work he did with Atlantic Records before parting ways with them.

He accused the previous record label of blackmailing him. In a note, he wrote, “I don’t give a f**k you still can’t stop me don’t sign to [Atlantic Records] if you a artist they not gone support you especially if you live a certain way”.

Cover For I Rest My Case 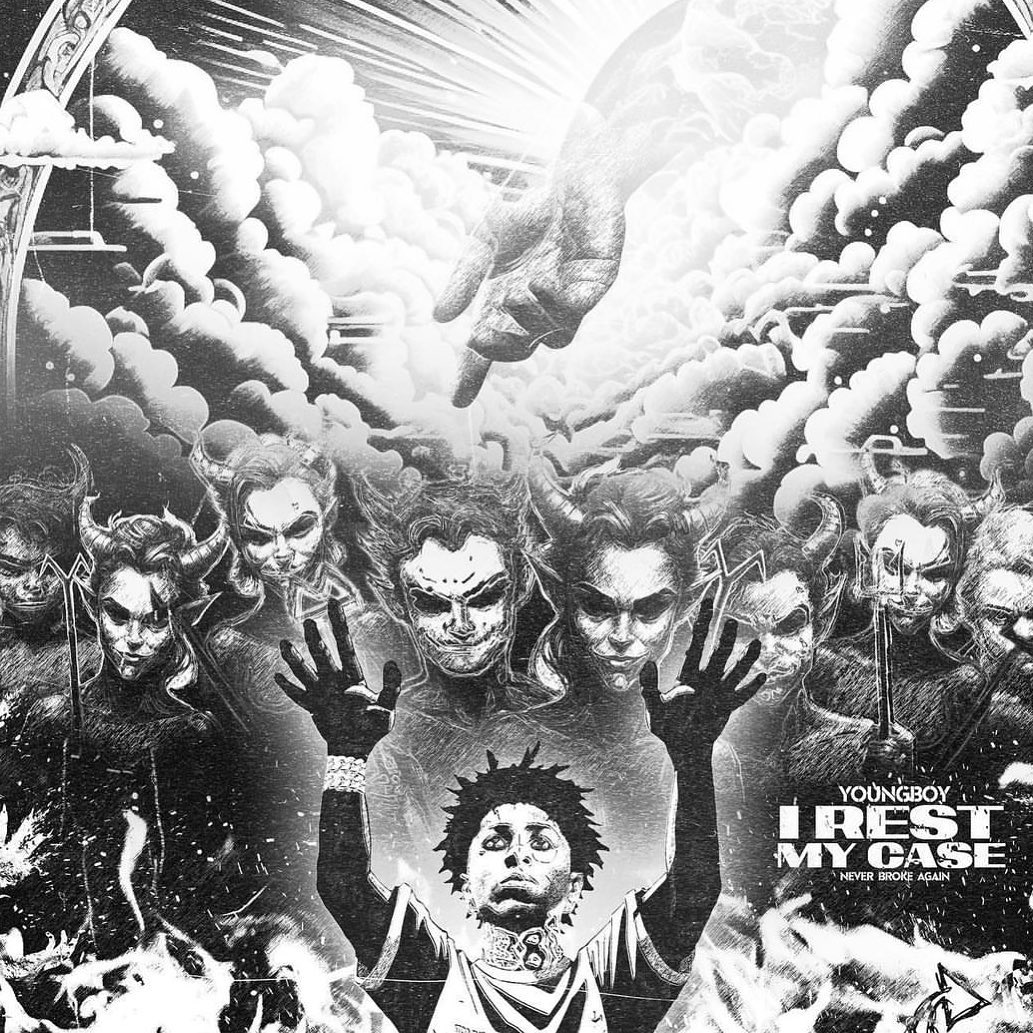 The cover for his new album shows him raising his hands up towards the sky. Many satanic-like beings are up there in the sky but a hand from up above seems to be reaching out to Youngboy. It is all black and white.

One user commented, “YB better but bro let’s us catch up with the other albums 😢😭”. Another user seemed put off by the cover and wrote “What type of satanic album cover…” Meanwhile, another user tried explaining the cover, he wrote, “Cover hard, he tryna reach help (God’s hand) but the demons still behind him. Youngboy can be saved 🙏🏾”.

This would be his 9th album so far. The rapper wanted to drop 10 mixtapes in 2022, but he admitted that he “ran out of rhymes”.

While the 23-year-old is trying to do all that he can by consistently releasing new music, his family members are not behind. His mother dropped a TikTok where she previewed a new song that she was working on.

The fans were intrigued, one of them commented “This where NBA got his talent from I see,” while another one wanted more, “I’m intrigued. I want to hear it with the music.” 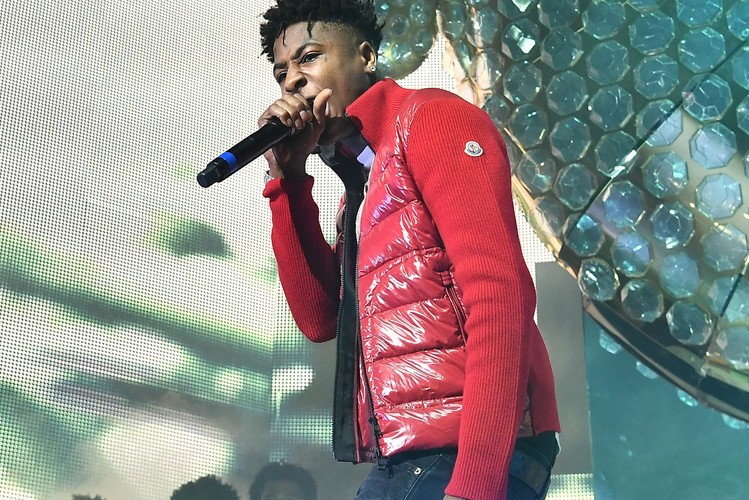 This is not the first time that the 48-year-old mother has done this. A previous TikTok of her freestyling went viral too. Fans noticed that she also tried to get together with Tyler Perry and 50 Cent to try her hands at acting.

Meanwhile, her son is busy trying to “stack” serious money so that he can fulfill their wish to move the whole family to Europe. He said, “We got to stay prayed up I really want to move to Europe with my family once all of this put behind me”.

He has not revealed a timeline of when he might be making the move.