Christopher Meloni, best known for playing Elliot Stabler on the hit crime series Law & Order, left fans in awe on National Nude Day (July 14). Chris Meloni, who previously spoke about his enthusiasm for working out in the buff, is now doing so in an advertisement for Peloton, and fans are going nuts as he strips down for the fitness app advert.

In Honor Of National Nude Day…

This saves so much money on wardrobe. @chris_meloni @onepeloton #NationalNudeDay pic.twitter.com/krd4AGr8VI

If you follow Christopher Meloni, 61, you’d know that in May, Meloni told Men’s Health that he enjoys working out naked. Well, the Peloton fitness app took the statement to heart and struck went the time was right. Now, in honor of National Nude Day, Chris has gone completely nude to flaunt the different ways he uses the Peloton App to stay fit Peloton. Well, accessing his biggest workout might be the blur button.

As Peloton’s commercial came out on Thursday (July 14), Christopher Meloni released a statement saying, “Apparently, some people think the way I work out is strange. Honestly, I don’t get it.” The advert showcases Chris doing bicep curls and squats in his home gym, and the camera pulls back to fire up the screen with the extremely fit actor’s naked body, who is wearing nothing but socks and sneakers.

Further, Christopher Meloni went on to praise the app’s ability to provide a variety of exercise modalities, including running, yoga and meditation. In the new commercial, as Meloni finishes his workout, a voiceover comes in to inform viewers that “In the Peloton community, users are represented by two separate, yet equally motivated groups,” an announcer intones over the end of the spot. Those who wear pants… and Christopher Meloni.” So yea, Chris indeed likes working out naked.

This Is A Crime Scene, Not An Ad…

This is a crime scene. Not an ad. https://t.co/nZucUQluM0

As the commercial was released yesterday, Twitter was set on fire as fans and celebrities went on tweeting about the 61-year-old actor’s perfect body. My favourite tweet, however, is from Ryan Reynolds, who wrote: This is a crime scene, not an ad.” Seems, like the “Drive” actor too can’t keep his eyes off Meloni.

Back in May, Meloni revealed that he likes to work out naked. “I work out naked. It’s my gym,” he said. “And I don’t black out the window,” he adds. “And I’m okay with that. My wife is not.” Well, this time he has showcased his physique to the world and we don’t know yet, how his wife feels about it.

Interestingly, the ad comes just in time for ‘National Nude Day’. Yes, there is such a day and it does not mean that everyone starts running out naked, or maybe it does. Well, the day is backed by an interesting story. The day kind of began as a joke on a talk television show in New Zealand when TV personality and sportsman Marc Ellis challenged the viewers of his SportsCafe show to run nude in front of then Prime Minister, Helen Clark. 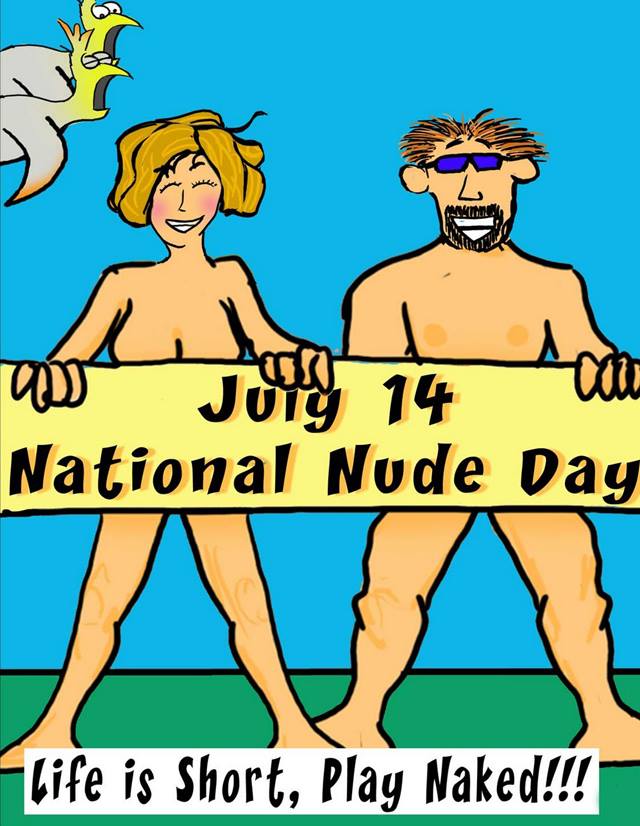 The idea gained popularity and the show encouraged viewers to send in photos of themselves doing regular daily chores in the nude. This kept on happening, often on different days or times until 2009. Even after the promotion was ended, people continued to cherish the idea and July 14 became the day that was referred to as World Nude Day, International Nude Day or National Nude Day. Phew, did you get naked yesterday, because Chris did?