Nashville is all set to ring in the new year with a big bash! Many hip-hop hitmakers, country music heavyweights, and rock favorites will come together for ‘Nashville’s Big Bash’ New Year’s Eve. The show originates from Nashville across several locations. The five-hour celebration will feature somewhat around 50 performances from various locations that include a mainstage in Nashville’s Bicentennial Capitol Mall State Park. This year marks the second time that ‘Nashville’s Big Bash’ will be broadcast live. 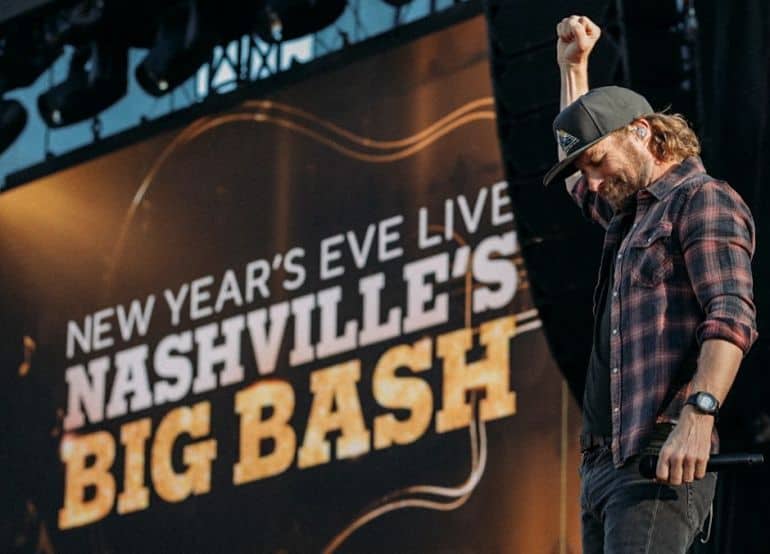 As per a report by Parade, the Freedom Was A Highway singer Jimmie Allen is all geared up to co-host the special with the I Told You I Was Mean crooner Elle King and Entertainment Tonight emcee Rachel Smith.

Ahead of the special, Rachel told CBS, “I am over the moon to co-host NEW YEAR’S EVE LIVE from Nashville. I get to hang with the hottest acts in country music, some I’m lucky enough to call friends, on New Year’s Eve in my hometown!”

Jimmie said, “When I got the call to host New Year’s Eve Live: Nashville’s Big Bash, I was super excited and started looking forward to it right then. I was part of the show last year as a performer, so being able to co-host it this year with Elle King and Rachel Smith and see all the great performances that are lined up – it’s going to be awesome.”

How can you watch ‘Nashville’s Big Bash’?

The first broadcast of the special that saw the light of day last year peaked with 5.51 million viewers in the midnight hour. The broadcast will cross various time zones, with the traditional countdown at midnight ET, culminating with the Nashville Music Note Drop and fireworks at midnight CT. ‘Nashville’s Big Bash’ New Year’s Eve is executive produced by Mary Hilliard Harrington and Robert Deaton in partnership with the Nashville Convention and Visitors Corp. Sandra Restrepo has donned the director’s hat for the special.

Are you looking forward to ‘Nashville’s Big Bash’ New Year’s Eve? Kindly let us know your thoughts in the comments section below. Don’t forget to stay tuned with us for the latest updates from the world of showbiz.