“Stranger Things” star Millie Bobby Brown appeared on “The Tonight Show Starring Jimmy Fallon” and talked about the last season of Stranger Things. The first half of Season 4 is set to premiere on May 27th and Millie reveals everything about her role as Eleven. Read on to learn more about it.

Millie Bobby Brown appeared on the “The Tonight Show Starring Jimmy Fallon” in a gorgeous purple outfit. The very first question posed by Jimmy Fallon was “What can we expect from Season 4. What’s happening with Eleven.” If you’ve seen the famous Netflix sci-fi drama series “Stranger Things”, you’d relate to her response.

The 18-year-old star said, “My Gosh, what isn’t happening with Eleven”. Millie enthusiastically responded by saying that the central part and the slogan of the storyline is that “It’s the beginning of the end”. As for Eleven, one has to dig deeper into her beginning. How she became who she is and how to become this woman on her own.

Stranger Things is set in the 1980s in the fictional town of Hawkins, Indiana, and the first season focuses on the investigation into the disappearance of a young boy (Will Byers) amid supernatural events occurring around the town.

The season includes the appearance of a girl with psychokinetic abilities (Eleven). Millie Brown plays this character. Millie told Jimmy Fallon that the upcoming season digs deeper into Eleven’s roots and how she evolved. Jimmy Fallon asked the British actress if she got her American accent from watching Hannah Montana, and she replied, “I did.” She also stated that she watched Bugsy Malone and Godfather when she was just eight years old. But to her, Hannah Montana was oscar-nominating.

The Prank on Noah Schnapp… 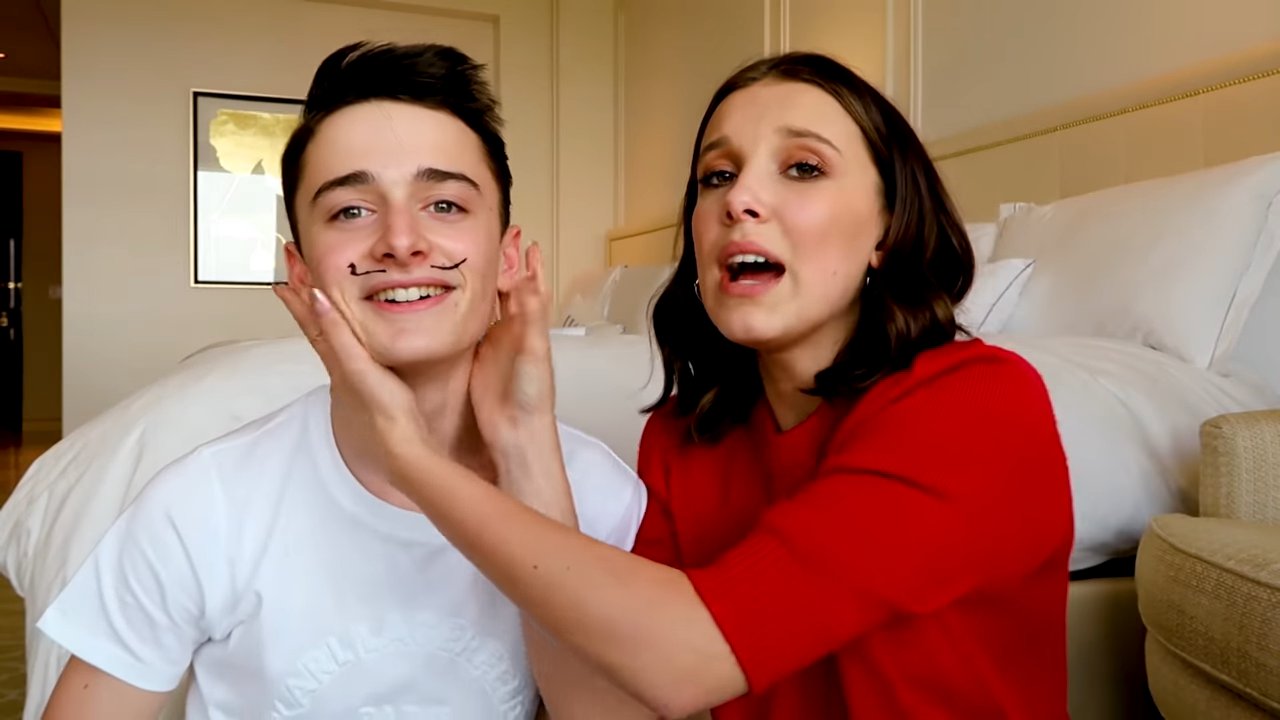 Millie revealed that she and Noah Schnapp who plays Will Byers in Stranger Things are best friends. Well, aren’t they dating? Nevertheless, Jimmy revealed that Noah was recently on his show and stated that you played a big prank on him.

The Emmy Award-nominee revealed that Noah is the biggest prankster out there and the crew wanted to get back on him. She narrated an incident related to the filming in New Mexico. She said that Noah was there on the set and it was the last night of the shooting.

Millie revealed that they had a trash can filled with water balloons and they turned all the lights off at the base camp. Millie then called Noah, crying and said, “Noah, I am so upset. You’re not here to say goodbye to me. Please come back to the base camp, I am leaving now.” Noah got worried and straight away came to the base camp.

Millie revealed that she and around 20 people invaded him as he got to the base camp. Jimmy Fallon even played a video of Millie and the “Stranger Things” crew attacking Noah with water balloons. She revealed that they threw water balloons at him for good 15 minutes. Now, she is just terrified that Noah would come back with a bigger prank.

Millie Challenges Jimmy for “Fruit by the Foot” 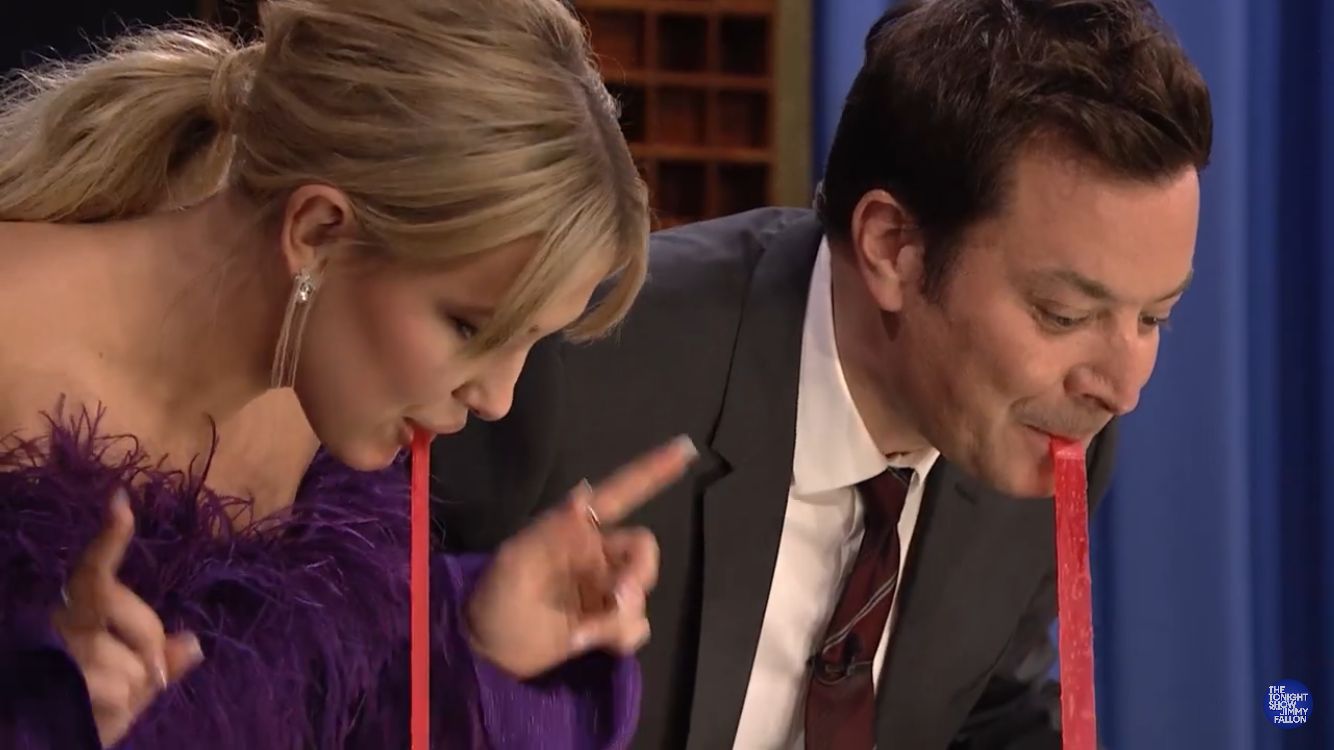 Millie revealed that Noah and her favourite pastime onset is to race each other in Fruit By the Foot challenge wherein you extend the whole fruit by the foot and you have to eat it without using your hand. Sounds funny, eh? Jimmy played a video where Millie came out victorious with her gulping skills. Jimmy also praised her “victory dance”

Millie then challenged Jimmy Fallon for this task. She even got some fruits along with her. A competitive Jimmy got up and came forward on the stage. Millie explained to Jimmy how to unwrap the fruit and extend it to the same length to avoid cheating.

Millie defeated Jimmy within seconds as he continued to struggle with the fruit. Well, she is good at gulping. Jimmy asked her how did she even do that, and Millie responded, “It’s so delicious.” 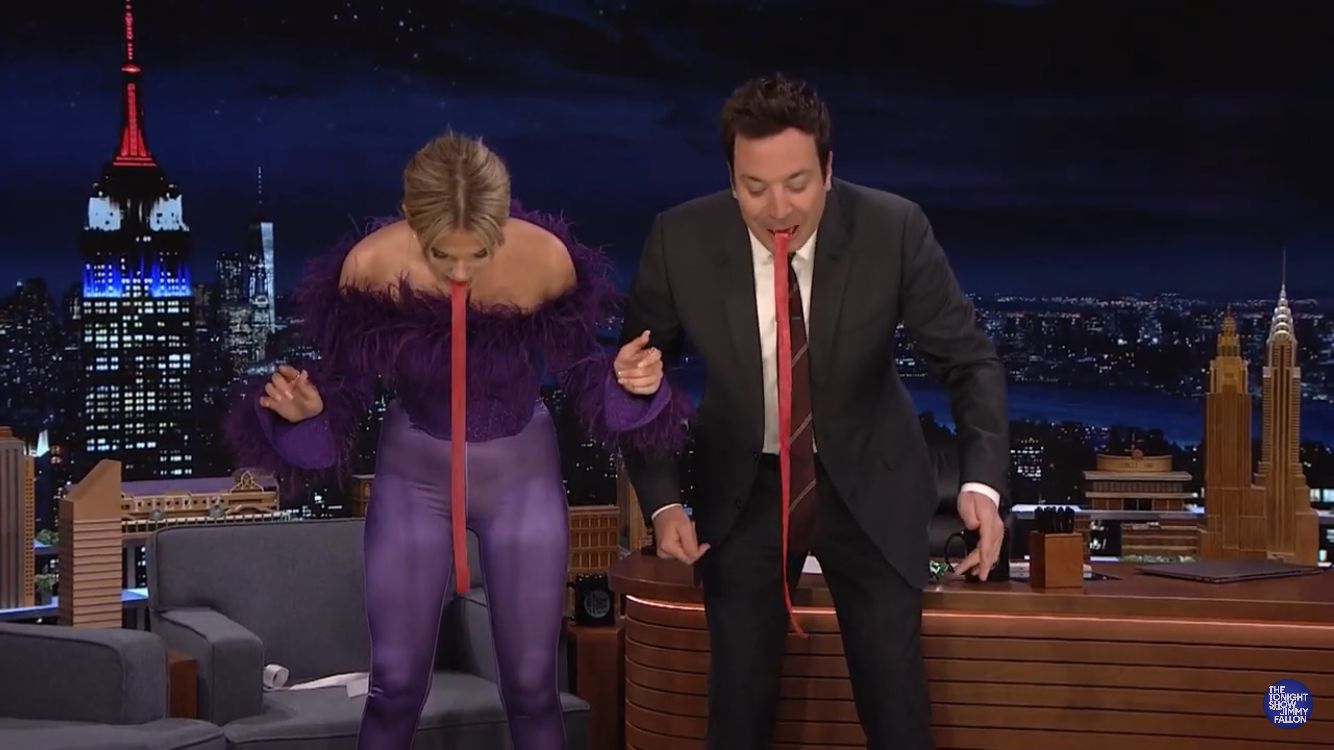 In the end, The Tonight Show Starring Jimmy Fallon host played a clip from Stranger Things Season 4 wherein Eleven can be seen using her superpowers on Angela but she fails to do so. The show ended with Jimmy Fallon still trying to gulp in that fruit candy. 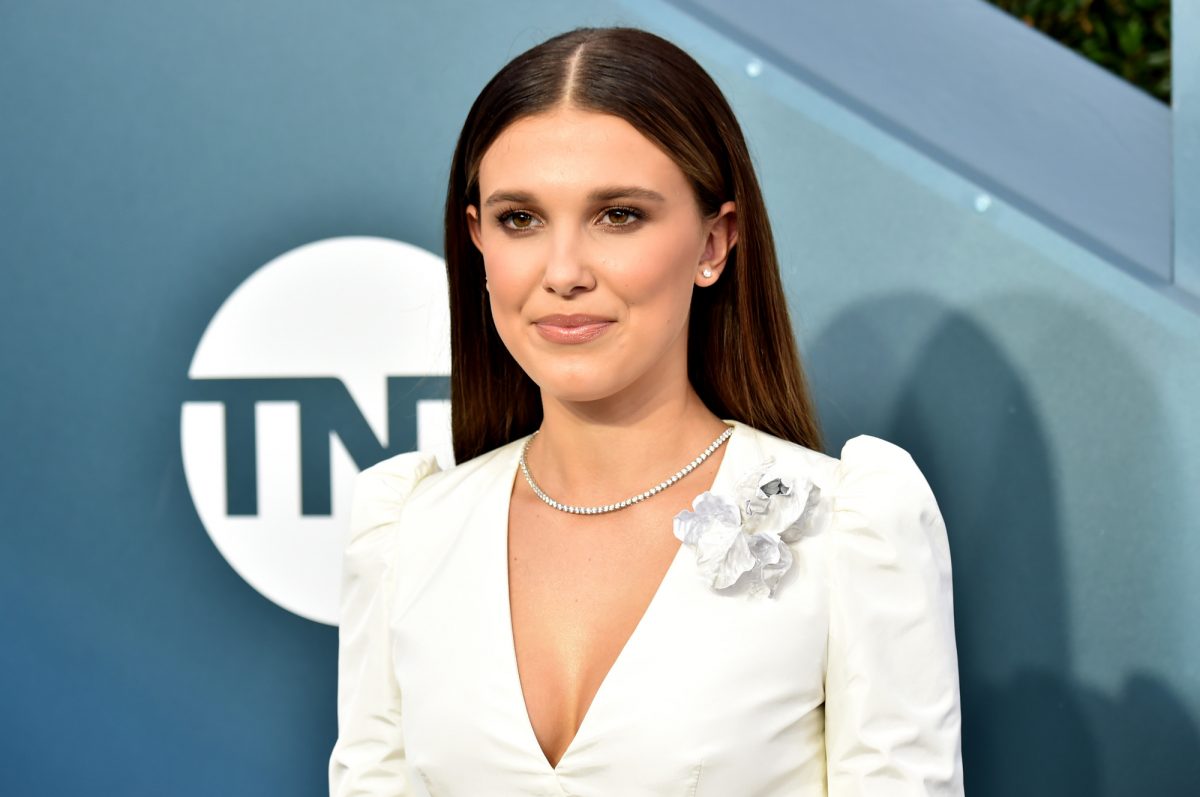 Millie Bobby Brown is a British actress who was born in born in Marbella, Spain in 2004. The 18-year-old star is best known for playing the character Eleven in the Netflix sci-fi drama series Stranger Things (2016–present).

Millie made her feature film debut with a lead role in Godzilla: King of the Monsters (2019), a character she reprised in the sequel Godzilla vs. Kong (2021). She also starred in and produced the Netflix mystery film Enola Holmes (2020).

In 2018, Brown was featured in the Time 100 list of the world’s most influential people and was appointed as a UNICEF Goodwill Ambassador, the then youngest person selected for this position.

As for Stanger Things, fans were eagerly waiting for Season 4. The multiple Primetime Emmy Award-winning show is coming back to thrill you one last time! Stranger Things Season 4 will showcase its first part on May 27, 2022. Have you watched Stranger Things? Who is your favourite character?