Miley Cyrus successfully dons many hats. She is known for her vocal abilities as well as her acting chops! The Hannah Montana star was last seen in the movie LOL in 2012.

More About The Movie

Miley Cyrus is all ready to come back to the big screen. She will be starring in the Dolly Parton movie, Parton is also her godmother. The 76-year-old announced the movie back in May. Cyrus is the latest to join the cast.

Parton will appear as herself in the movie. In the film, she goes on a quest to spread Christmas joy!

Some of the details revealed about the movie include that it will be “a modern-day movie musical about the making of a network TV special.”

The movie is about Parton’s “desire to uplift an exhausted world’s spirits by sharing the ‘mountain magic’ that she has always found in and around Dollywood at Christmas.”

The film will also talk about how “the realization that Christmas is about the people we share it with, and how her faith remains the common thread between Christmases past, present, and future.”

The announcement about the movie comes just weeks after Parton shared on Instagram that a Deluxe version of her Christmas album would be coming soon. She asked her supporters to “’Go give it a listen and head to my story to pre-order now.” 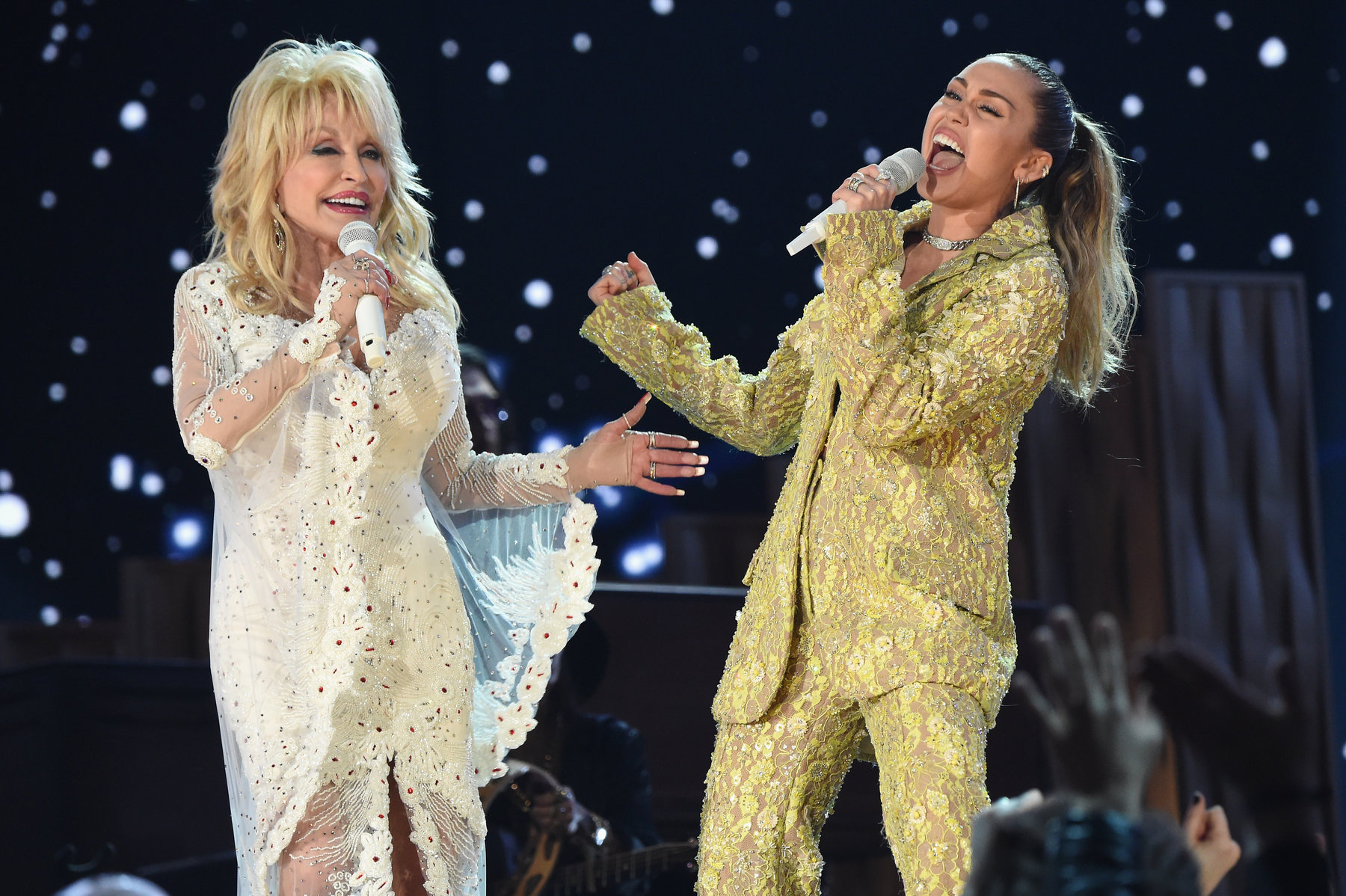 Parton and Cyrus have teamed up in the past too. They performed together and even recorded the duet called Rainbowland. The song featured on Cyrus’s 2017 studio album Younger Now.

A lot of people wonder what it is like to be Miley Cyrus’s godmother! Parton said that many people ask her if she gave Cyrus advice, and she said “Nobody gives Miley advice.”

Talking about her relationship with her goddaughter, Parton said “If I feel like I’ve got something to say to her, like, a mother or an aunt or a godmother, I will say something.”

She also added that “(I will) ask her a question about this or that or ask her a question even concerning my own career, (because) I wanna stay involved and important in the business for as long as I live. And I’ve been lucky enough that that’s happened.”

Parton and Cyrus come from the same background. Parton is also an American singer and songwriter. Her work is primarily focused on country music.

However, their approach to music and things in general is very different. Cyrus chooses more of a ‘bold approach’ where many of her antics have landed her in controversies and resulted in backlash.

Some of the incidences include lighting a blunt on stage at the MTV EMAs that got her uninvited to award shows, calling out hip hop, pole dancing at another award show, etc.