Boxing legend Mike Tyson, nicknamed “Iron Mike” has come out strongly against Hulu’s upcoming limited series “Mike”, which is based on his life. The series announced earlier on Thursday (Aug 4), has been given an eight-episode order at the streamer and is said to explore Tyson’s life and career in and out of the ring.

Mike Tyson took to Instagram to reveal that the streaming service produced a biographical series without his permission or compensation for telling his story. In fact, he doesn’t even support the story, and wrote, “Don’t let Hulu fool you. I don’t support their story about my life. It’s not 1822. It’s 2022.” 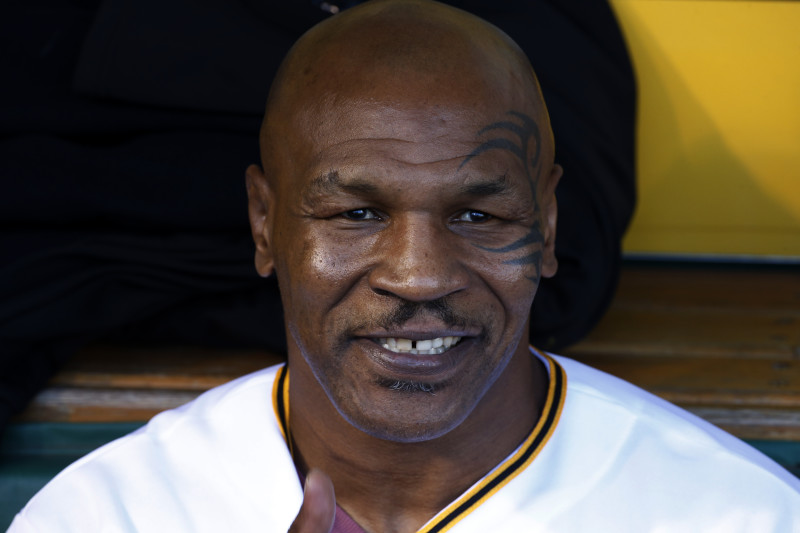 He captioned the post, “Hulu is the streaming version of the slave master. They stole my story and didn’t pay me.” The 56-year-old former professional boxer slammed Hulu’s upcoming show further by writing,  “Hulu’s announcement to do an unauthorized mini-series of the Tyson story without compensation, although unfortunate, isn’t surprising.”

He further added that the announcement came on the heels of social disparities in America and stands as a prime example of how Hulu’s corporate greed led to this “tone-dead cultural misappropriation of the Tyson life story.” Guess what, Mike has a strong point to make! In his Instagram post, he added that the announcement of “Mike” comes during Black History Month and confirms Hulu’s concern for dollars over respect for black story rights. Mike suggests that Hollywood needs to be more sensitive to black experiences, especially after all that has transpired in 2020.

He added, “The real Mike Tyson authorized story is in development and will be announced in coming days. Hulu to announce stealing a black athlete’s story during Black History month couldn’t be more inappropriate or tone deaf. #boycotthulu #corporategreed”

If you don’t know this, Tyson’s latest post came after another publication he made on the same social media platform where he praised UFC president Dana White for allegedly refusing to promote the Hulu series. He wrote:

“Hulu tried to desperately pay my brother @danawhite millions without offering me a dollar to promote their slave master take over the story about my life,” Tyson claimed in a statement posted on Instagram. “He turned it down because he honours friendship and treating people with dignity. I’ll never forget what he did for me just like I’ll never forget what Hulu stole from me.”

More About The Series… “Iron Mike” reunites several key players from the Oscar-winning film “I, Tonya.” Steven Rogers, who wrote the film, created “Iron Mike” and serves as executive producer. Craig Gillespie, who directed the film, will direct and executive produce the series. Tyson has smaller this story as “tone-deaf” and “culturally misappropriate”. Well, he also mentioned an “authorized story” of his life is “in development and will be announced in coming days.”

As for Hulu’s upcoming series, “I, Tonya” star Margot Robbie will executive produce under the LuckyChap Entertainment banner along with Tom Ackerley and Brett Hedblom. Karin Gist will serve as showrunner and executive produce via The Gist of It along with Claire Brown. “Mike” is set to premiere on August 25 on Hulu. The streaming service has not commented on the matter.