The situation in the Sorrentino household is certainly going to get intense! The Jersey Shore Family Vacation star Mike ‘The Situation’ Sorrentino and wife Lauren Sorrentino are expecting their second their together! Mike Sorrentino is a reality TV star who appeared on all six seasons of the Jersey Shore from 2009 to 2012. He even returned with the franchise Jersey Shore: Family Vacation. Lauren Pesce (Sorrentino) is a businesswoman. The two lovebirds met back in college.

However, their love could not last long. They broke up when Mike got cast in the Jersey Shore. The soulmates found their way back to each other in 2018 and got married.

The couple shared the happy news with their fans on Sunday. They revealed that “We have an amazing announcement!! We’re a growing family! Baby on the way 🤰🏼 January 2023”.

The couple had previously spoken about their eagerness to grow their little family. “We both grew up in big families. He’s one of four, I’m one of four, but it’s a lot,” said Lauren. It is known for people from big families to want their kids to have siblings to play with. On the other hand, parents from small families prefer lesser kids.

She added that “So it’ll definitely be more than one, and everyone says, like, get the baby stage out of the way, so we might just keep going.”

Mike was eager to try again when their first child Romeo was only 7 months old. He said, “I don’t know about baby No. 3, but definitely baby No. 2 [is in the cards] to have a brother or sister for Romeo, for sure.” 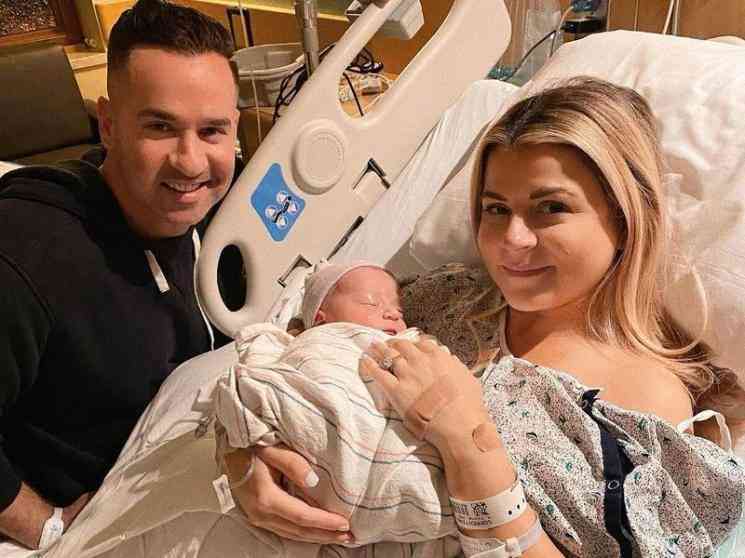 The couple surely went through an ordeal to become parents. They suffered a miscarriage with their first child, before Romeo. Lauren shared in an interview that she felt it was their time to be blessed but God had other plans. She said that the whole experience was “really difficult”.

The couple was excited to have kids when Mike Sorrentino was finally released from prison. The Jersey Shore Vacation Star was released after spending 8 months in the prison for tax evasion. Before that, he struggled with opioid addiction and went to rehab for it.

Talking about the addiction, he said “The roller coaster of fame and fortune is definitely a ride in itself, but to get to recovery is something special.” He is now a spokesperson for Reckitt Benckiser Pharmaceuticals Ltd, which makes the medicines that he takes now.

The couple finally seems to be in a good place. Mike Sorrentino is a sober family man, he and Lauren are excited about the new addition to the family. Their fans were excited too as they wished them in the comments. Most of them have been around for their roller-coaster journey and are happy that the couple’s wish to grow their family is coming true.