Calling all “The Bachelor” fans! We have some exciting news for you.

The fans’ favourite former Bachellerote Michelle Young is all set to crash the official Bachelor Happy Hour as the Co -host! Michelle Young, who appeared on “The Bachelor,” will join former “Bachelorette” Becca Kufrin on the weekly podcast starting March 22.

The upcoming podcast featuring Michelle Young would give listeners a sneak into her life after ending season 1. Here’s everything you need to know.

Michelle Young, who appeared on a season of “The Bachelor” and is on the current season of “Bachelor in Paradise,” has joined Becca Kufrin as co-host of the “Bachelor Happy Hour” podcast. 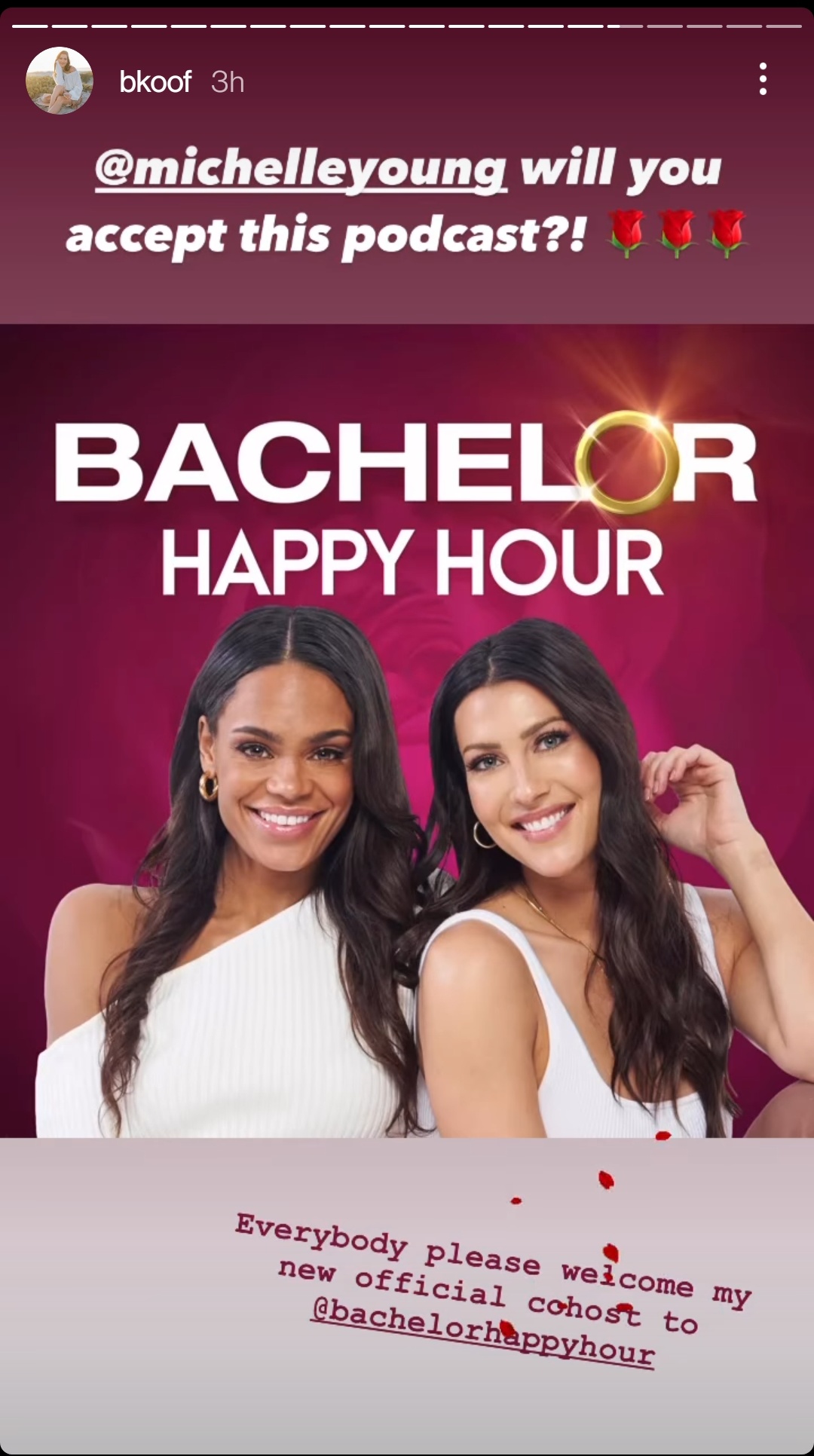 Her appearance as the Co-host was likely to come around as the show was on a hunt for a new addition to the ost chair. Kufrin announced the news on Instagram on Tuesday. “In case you haven’t heard, I have a new co-host! Say hello to Michelle Young & get ready for many more conversations about love, life, and everything in between,” she wrote.

Sharing her excitement to talk all things, Bachelor, with the fans and spilling the celebrity tea with the fans. New episodes of the Bachelor Happy Hour are scheduled every Tuesday.

The new “Bachelor Happy Hour” produced by Warner Bros will be released on March 22 with fresh episodes releasing every Tuesday across all podcast platforms including Spotify, Apple Podcasts, SiriusXM, etc.

Michelle Young’s first episode is going to be a sensational one featuring her journey after ending the last season of “The Bachelor” which highlighted her engagement with Nayte Olukoya.

She expresses her views on founding her love on the show and passing that perspective to the ones watching and celebrating the show. She shares about keeping the vibe real for the passionate fans keeping an eye on the show.

“Bachelor Happy Hour,” hosted by two-time “Bachelor” alumnae Rachel Lindsay and Becca Kufrin, the leading ladies of the most recent seasons of ABC’s “The Bachelorette,” is a weekly conversation about the week in “Bachelor Nation” history.

Each week, the show Michelle and Becca will host conversations with their fellow contestants from the show discussing the exclusive Bachelor national material and reveal juicy first-hand details to spice up the gossip columns.

Young was eliminated during week 4 of “The Bachelor”, which premiered in January. She is currently appearing on “Bachelor in Paradise” and will continue to appear as a weekly guest on “Bachelor Happy Hour.”

The Bachelor duo has certainly a lot to talk about. So get your girlfriends around, sit acros the couch and wait for them to say hello!