Michelle Yeoh is officially a doctor now! Recently, the Everything Everywhere All at Once star accepted an honorary Doctorate of Fine Arts from the American Film Institute at the film school’s Class of 2022 Commencement Ceremony on Saturday.

Keep reading further to know what did Michelle Yeoh have to say after receiving her honorary degree from AFI. 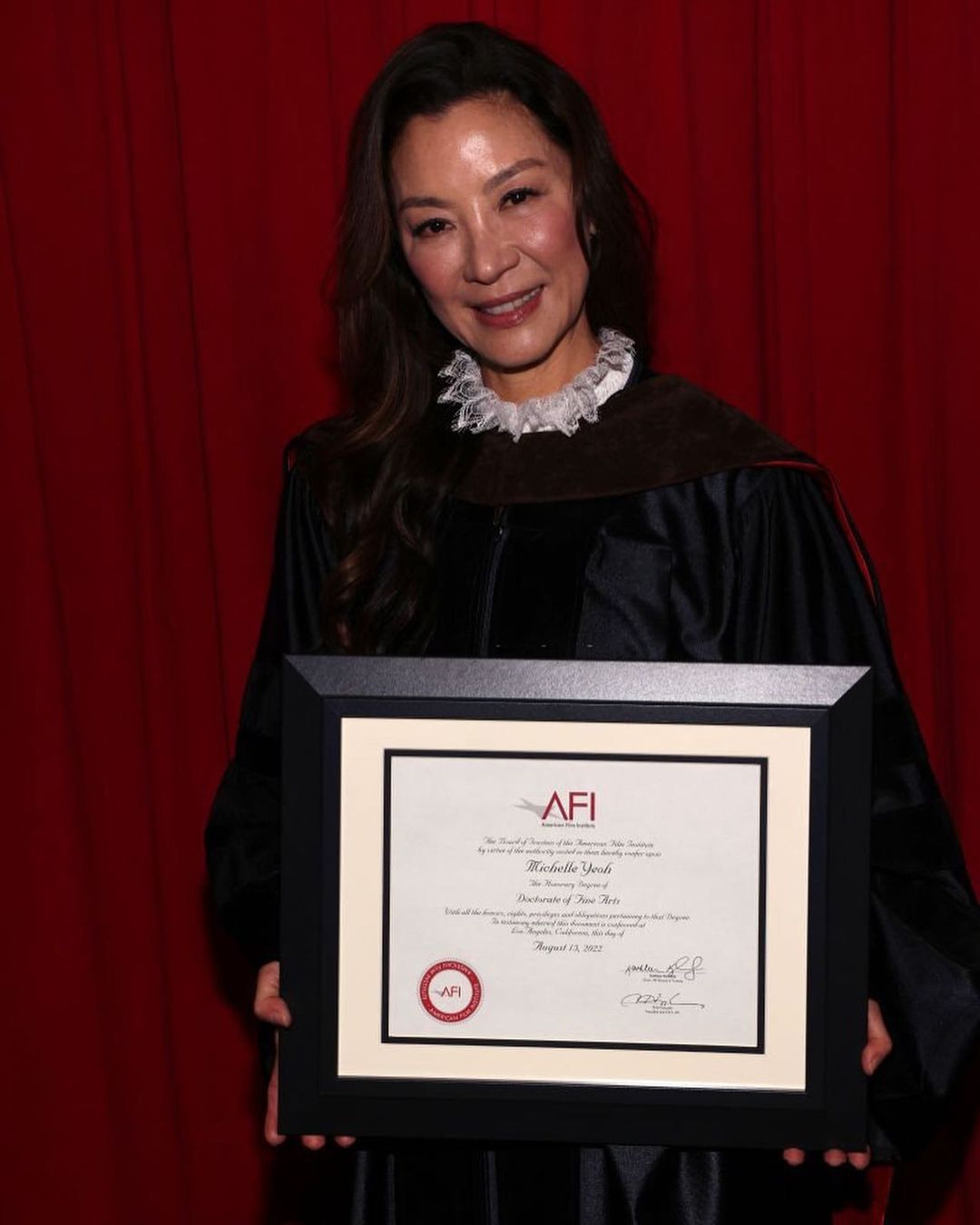 Michelle Yeoh has been awarded an honorary degree

Yes, you read that right. Michelle received her honorary Doctorate of Fine Arts by the American Film Institute at the film school’s Class of 2022 Commencement Ceremony that took place on Saturday, August 13, 2022, at the TCL Chinese Theatre in Hollywood, California.

Yeoh’s Everything Everywhere All at Once directors Daniel Kwan and Daniel Scheinert presented her with the award. We are pretty sure that must have been a special moment for the trio. 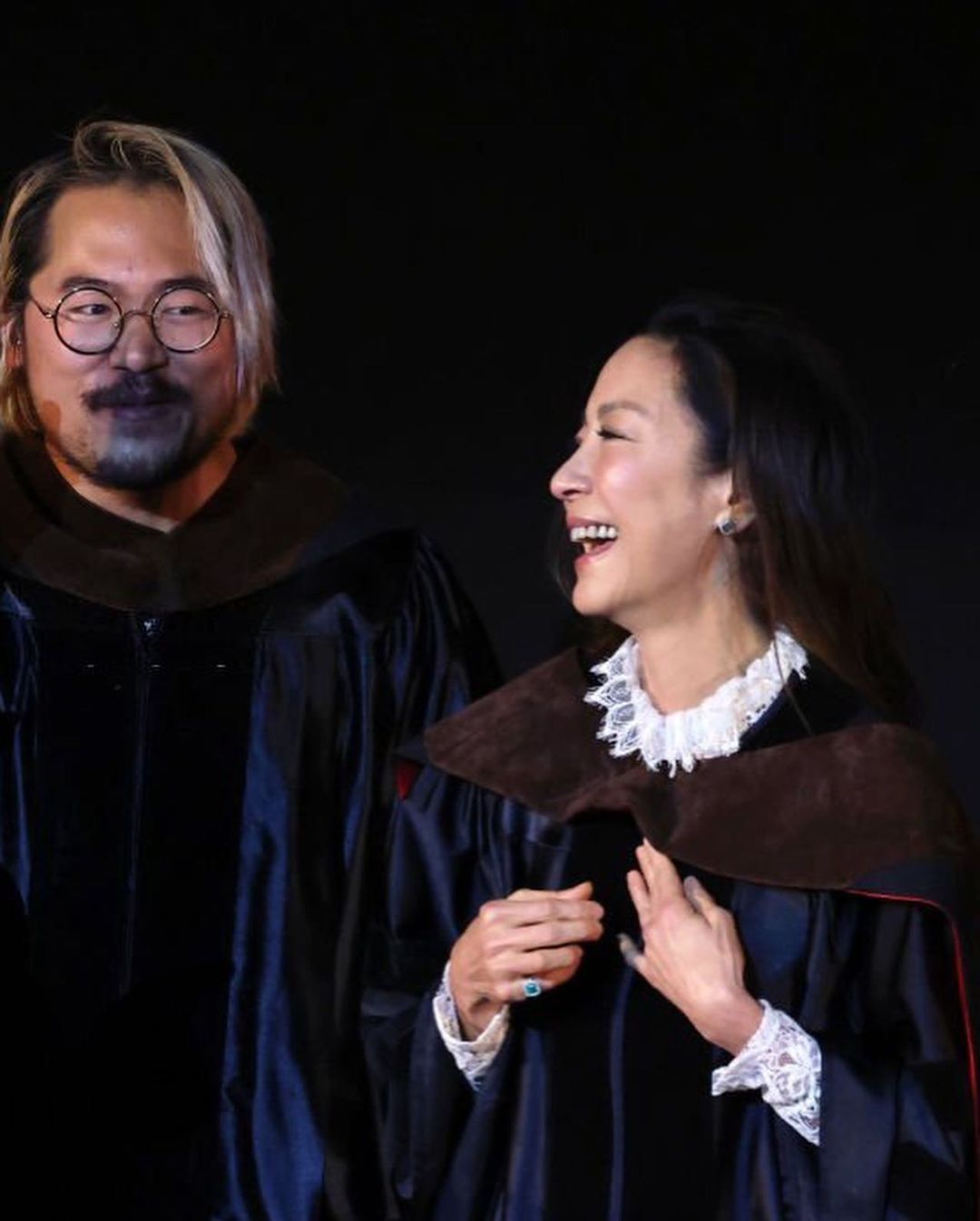 According to The Hollywood Reporter, after accepting her honorary degree, Michelle took the mic and started joking around during the ceremony. She started by saying, “You have made my mother the happiest mother in the world today.”

The 60-year-old actress further added, “I think now she actually thinks I’m an adult with a real job. I had to keep telling her, ‘I’m not a real doctor, I don’t write prescriptions, mom.’ But she can go around telling everyone, ‘My daughter is a doctor.’” 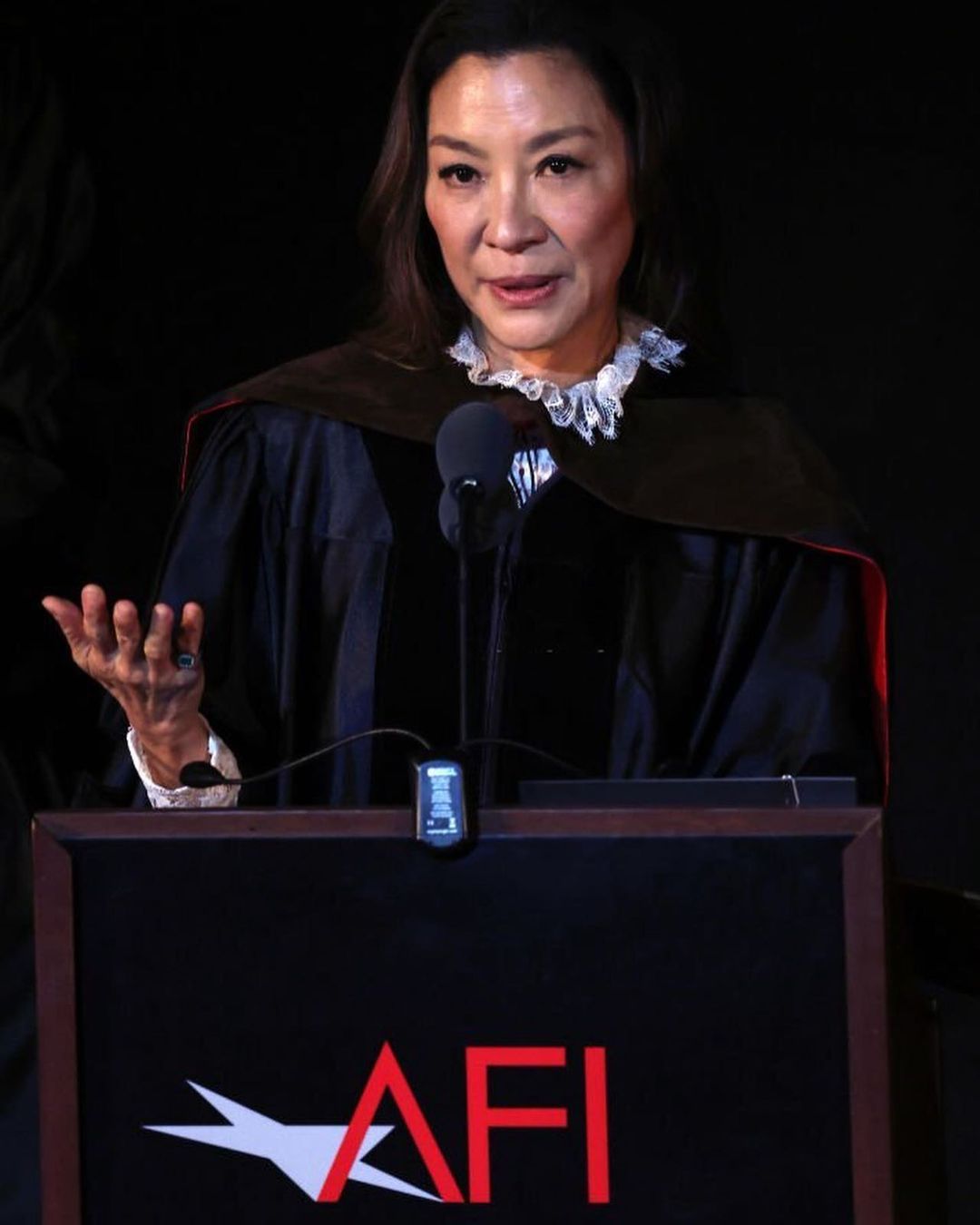 In her acceptance speech, Yeoh also shared an inspiring and beautiful message with all the other graduates. She told her fellow graduates, “After I learned how to fall, I could learn how to fly.”

The Crazy Rich Asians star continued, “That I want to share with you today is that our slips and stumbles are the secrets to our flight. Every person who has ever stepped on the stage has had their fair share of crashes. Trust me, that’s part of the deal. Success without failure is called luck.”

How did the fans react to Michelle Yeoh receiving an honorary degree?

Michelle Yeoh dropped a picture from the ceremony on the social media platform Instagram. “Thank you @americanfilminstitute 🙏🏻🙏🏻🙏🏻 #DrMichelleYeoh,” she wrote alongside a snap of herself in a black gown. Within the blink of an eye, the fans started stopping by the comments section of the post to wish congrats to the actress. 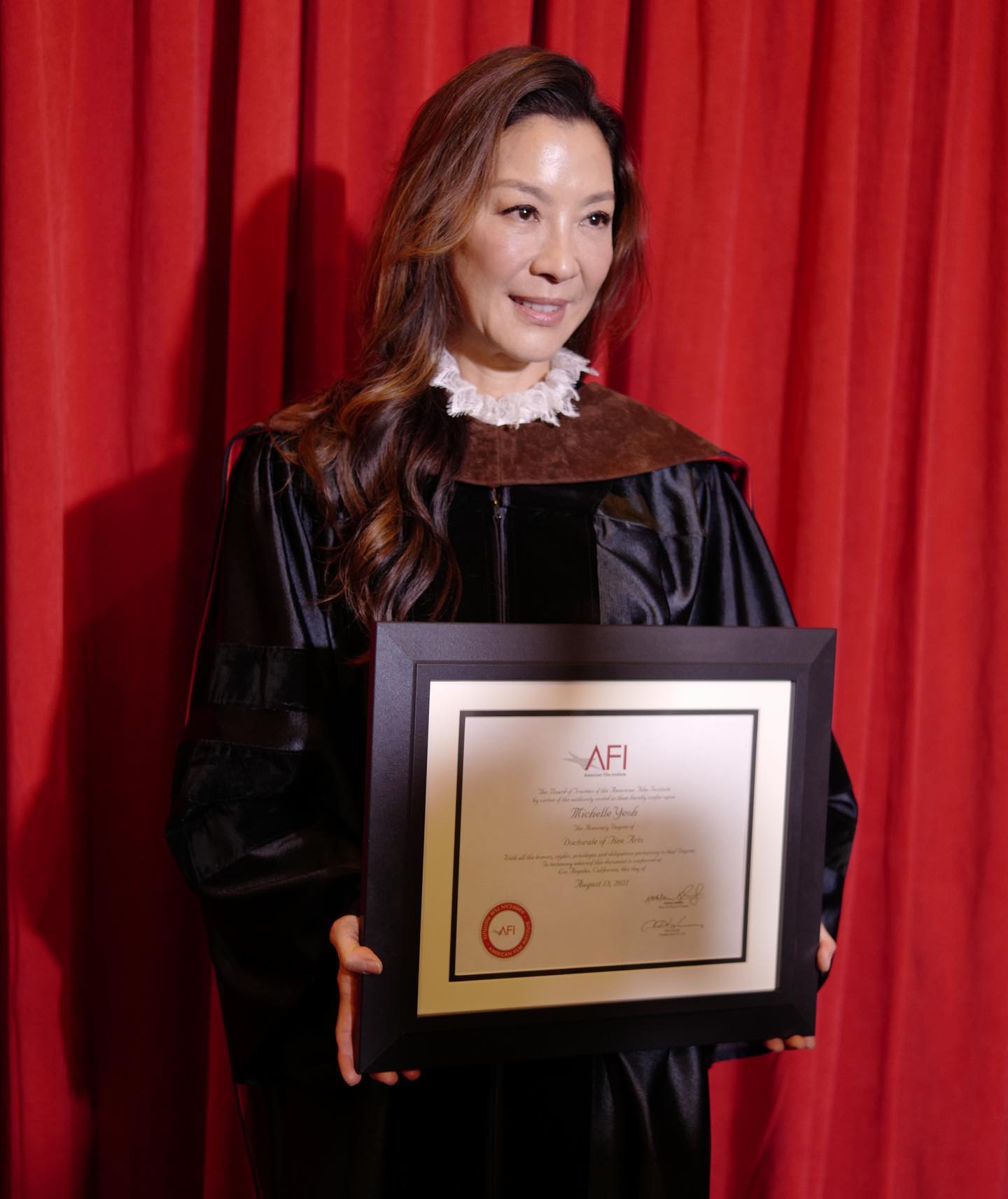 Followed by a fan who commented, “Congratulations Dr. Michelle Yeoh! We love you so much!!” A fan penned, “dr michelle yeoh YOU DESERVE IT QUEEN congratulations 🎊🎉” Another fan further added, “You rock!!! Dr Michelle, congratulations❤️. Love form Chile.”

These were a few reactions of the fans to Michelle Yeoh receiving the honorary degree. We send our big congrats to Michelle Yeoh as she has achieved another milestone in her life. Don’t forget to stay tuned with us for the latest updates from the world of showbiz.