Congratulations are in order for Michelle Williams and Thomas Kail. She is all ready to welcome her third child into the world. Michelle is currently pregnant with Thomas Kail’s second child. She told Variety on Tuesday that the child would be brought into the world in fall and that “it’s totally joyous”. Who Is Michelle Wiliams And Thomas Kail?

Michelle Williams is an American songwriter, singer and actress. She shot to stardom with her role in the teen drama ‘Creek’. However, the critical acclaim came much later, when she starred in ‘Brokeback Mountain’, ‘Manchester By The Sea’ and ‘Blue Valentine’. Michelle also got Oscar-nominated for her powerful performances.

Thomas Kail is Michelle’s third husband. Previously, she was married to Phil Elverum from 2018 to 2019. Meanwhile, Thomas was married to fellow actress Angela Christian until 2019. But it seems like they have both found their soulmates in one another.  Thomas is known for directing Hamilton (2020), Fosse/Verdon (2019) and also Grease Live in 2016.

Thomas and Michelle got secretly married in 2020. However, the news was not unexpected as their relationship was evident in December of 2019. It was also in December that the couple got quietly engaged. 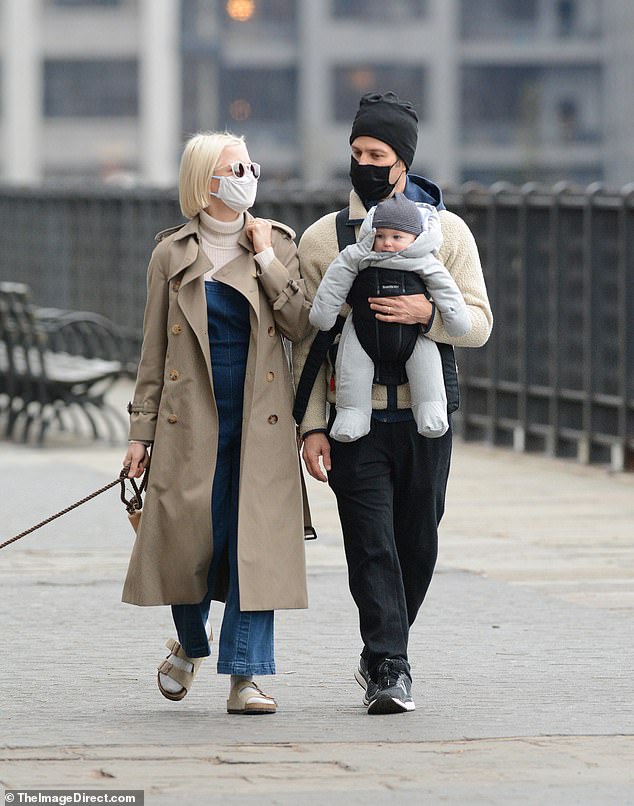 Soon after their marriage, it was revealed that the couple was expecting a child together. They welcomed ‘Hart’ in the same year. Michelle Williams is also a mother to 16-year-old Matilda from her relationship with the late Heath Ledger. 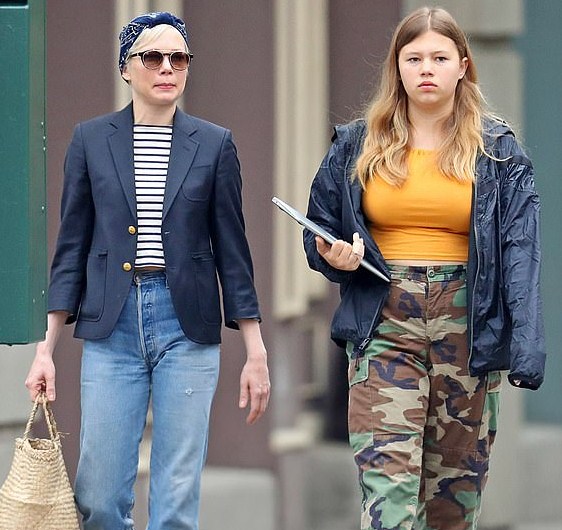 Michelle Williams Talks About Being A Mother

Talking about her growing family, Michelle said, “As the years go on, you sort of wonder what they might hold for you or not hold for you. It’s exciting to discover that something you want again and again is available one more time,”. She also added that the good fortune of the ability to have more children was not wasted on her as she appreciated it.

Michelle also spoke about giving birth to Hart when the whole world was going through a lockdown. She said “The world we brought a baby into is not the world we thought we were bringing a baby into, but the baby is ignorant of that. He experiences the unmitigated joy of discovery and the happiness of a loving home.”

After Hart’s birth, Michelle took a break from acting. She has two upcoming projects. One is Showing Up which will be shown at the Cannes Film Festival. The second one is The Fabelmans. It is a Steven Spielberg autobiographical movie that will be released in theaters this Thanksgiving. If last time was any indication, Michelle might take a short break after she gives birth to her third child. Talking after Hart’s birth, Michelle had said “There’s nothing that makes you committed to a better world than raising a great kid. It’s the ultimate creative act.”

The couple is fairly reserved. They do not engage in making a show of their relationship nor do they give many interviews. One fan commented on a post that she was not aware they had a child together or that they were expecting another one. Regardless, fans and friends of the couple are happy for them and excited for Hart to have a sibling.