Michele Morrone is Killing Nightmares with His Instagram Selfies

Calling all the “Are you lost babygirl” fans! Your favorite 365 days star is on a mission to make you go mad for him. Michele Morrone is always seen stealing the show with his mesmerizing looks and unbeatable selfie game.

If you have a thing for Michele and his sexiness, here are some pictures of Michele Morrone that are sure to make your nights sleepless. Check them out now! 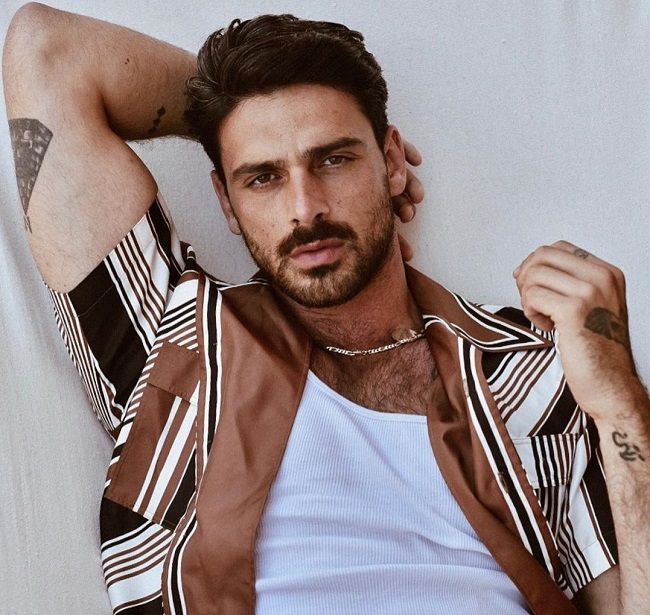 Michele Morrone is one of the sexiest heartthrobs and good-looking actors in the world. The actor holds the ability to sweep you off with his charming aura and irresistible looks.

The Italian actor grew his fanbase after Netflix’s 365 days. He was able to capture a million hearts with his dialogue, “are you lost, baby girl”

Michele played the character of Massimo, a rich gangster who happens to charm everyone with his looks. His seductive looks and charismatic vibe caught everyone’s eyes across the globe.

As we speak of killing nightmares, Michele seems to have mastered that field. Recently, he shared a few pictures that were nothing but an absolute treat for our eyes.

Here, he is seen surprising his fans with a 4 pictures post. Serving the “just woke up” look at the finest.

He clearly knows how to handle his fandom and keep them happy. We can see the morning glow on his face as he shares his picture.

Michele wears a lot of tattoos on his body and some of them are clearly visible in these pictures.

Starting from the bicep, we can see a tattoo, “Everyone will come to my funeral making sure I stay dead”.

The second picture from the post features his famous wrist tattoo of a Pheonix which symbolizes victory, rebirth, power, spirituality and immortality.

Talking about the whole package, Michele has got everything. Right from great acting skills, eye-catching looks, ripped body, and a killer smile. His personality is beyond acting and making you go weak in the knees.

He is an avid Instagrammer and keeps his fans posted about his life.

Every now and then, Michele surprises his fans with mesmerizing pictures especially selfies that make everyone skip a heartbeat.

A Little About Michele Morrone

Michele Morrone is an actor, singer and guitarist. He is a trained actor from Teatro Fraschini di Pavia, best known for his role of “Massimo” from 365 days. Morrone began his acting career from theatre and appeared in short films and ads before breaking his debut with the web series Second Chance in 2011.

Morrone claims to become an actor after watching a Harry Potter movie at the age of 11. Apart from his acting career, he is a fine guitarist and a singer.