After having blockbuster movies with different superheroes, Marvel is all set to expand its horizons with Ms. Marvel. Ms. Marvel is its first-ever Muslim superhero that is introduced as this Pakistani-American teenager Kamala Khan. 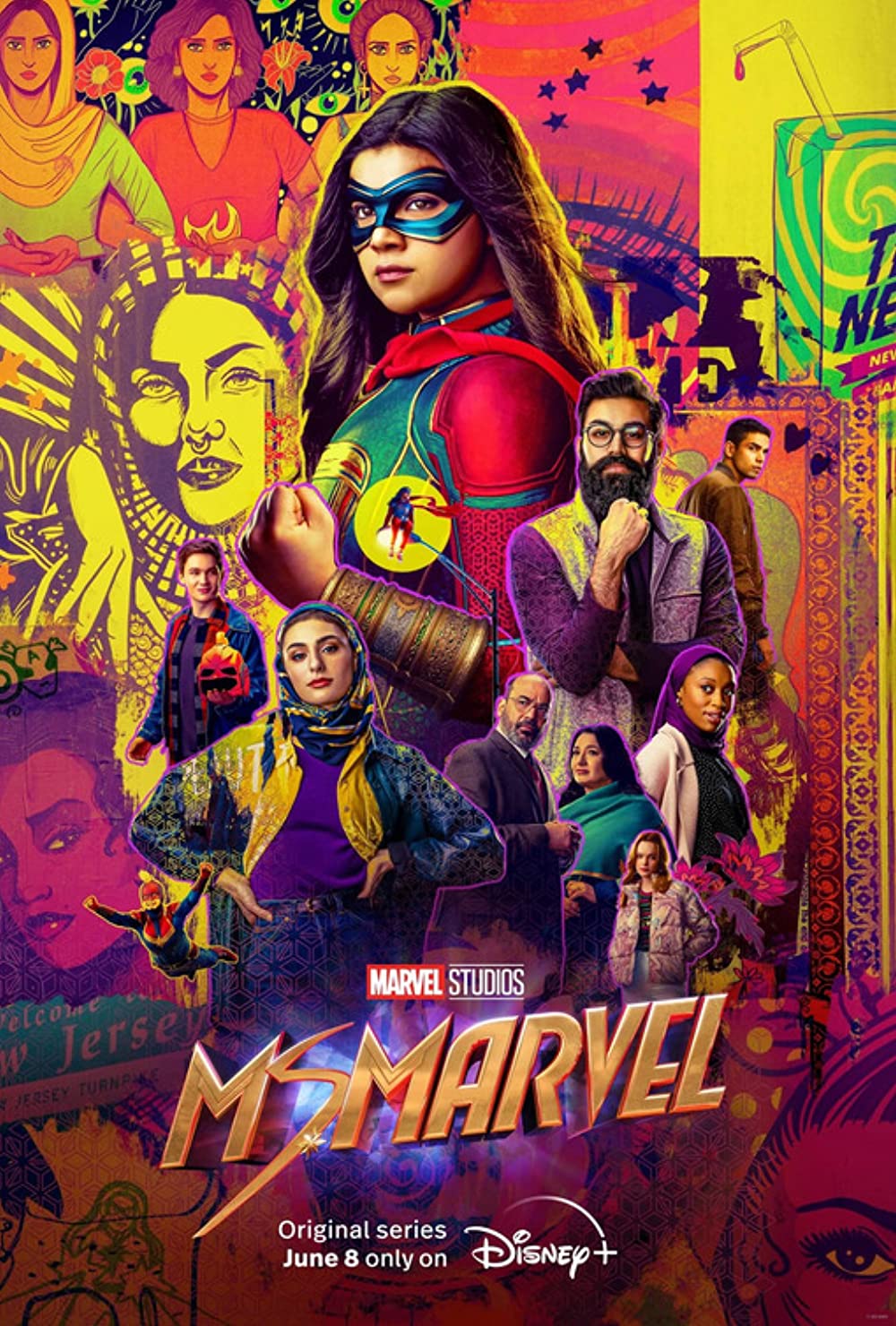 What Is Ms. Marvel About?

Iman Vellani plays the role of the teenager Kamala. The story revolves around her Asian heritage and her struggle to find her own identity while growing up in New Jersey. She is a megafan of superheroes, especially Captain Marvel.

Like every South Asian teenager, she has to spend a lot of time convincing her parents to let her go to the AvengerCon. She goes on to get some superpowers, but will it make her life any easier?

Ms. Marvel might be a great story but it is brought to life by the amazing actors in the movie. It is a combination of new talent mixed with old and experienced ones. Let us meet the cast of Ms. Marvel.

The cast of Ms. Marvel has many surprises!

Vellani is a 19-year-old Pakistani-Canadian actress. Did you know that her role in Ms. Marvel is her first acting gig ever? She revealed that she was told the role was hers on a zoom call. Her IMDb lists her acting in the DisneyPlus web series along with a few interviews as her credits.

However, given how flawless she is as an actor and how confident and fun she is in interviews, one would never guess that this is her debut. She is well on her way to having a bright career in acting if she chooses to continue on the path.

Lintz plays the role of Kamala’s best friend Bruno Carrelli in the movie. Honestly, everyone needs a bestie like him in life. He is super trustable, honest, and reliable. Kamala knows that she can rely on him, even with a news as big as her having superpowers!

Although Lintz is only 21 years old, he is no a stranger to acting. His acting gigs date back to 2009 with an appearance in Halloween II. He has also made guest appearances in several TV shows and played Henry in the famous The Walking Dead.

Not much is known about Farhan Akhtar’s role in the movie, but it sure is exciting. His role appears to be of a mystic guru who guides Kamala as she navigates life with her newfound superpowers.

Farhan Akhtar is a renowned actor, director, singer, producer, and screenwriter in Hindi movies. Vellani said that working with an experienced actor like Akhtar was “most fascinating”.

She also said “My experience working with Farhan was amazing, he has so many stories to share. On set, we’d have quiet moments, and he would just be telling me stories about going sky-diving, what it’s like filming other movies and his career in general.”

To her, it was crazy to have grown up watching Akhtar and now working alongside him.

Shroff plays the role of Kamala’s mother. She is an accomplished Bharat Natyam dancer along with being a writer and performer of sketch comedy. She was one of the experienced actors on the set with over 30 years of experience.

Shroff has been seen in projects like Ekk Main Aur Ekk Tu, Big Sick, The Affair, The Resident, and also Madam Secretory. Recently, she was mistaken as Nimra Bucha by the New York Times and Shroff was not having it. She tweeted how it was 2022 and she was sick of all the “microaggressions”.

Hey @nytimes I am not @nimrabucha I but I am Zenobia Shroff I play #muneebakhan . it is 2022 we are a little sick of micro aggressions . this has happened before so many times to so many of us . It has to STOP pic.twitter.com/vCQsY3jk8m

Saager plays the role of Kamala’s older brother, who is getting ready to get married. Muneeba, the mother is ecstatic about the upcoming marriage. As is the case in every Asian household, Kamala gets dragged into preparations.

Saagar Sheikh is a young but seasoned actor. He has been in the profession for over a decade. Previously, he has been seen in roles in Just Giggle It, Unfair & Ugly, and Liza On Demand.

Kapur plays the role of a doting father to Kamala in Ms. Marvel. He has good intentions but is often awkward or confused. Kapur also has over 30 years of experience as an actor.

Previously, he has been seen in Hindi movies like Jolly LLB, Mission Mangal, Happy New Year, etc. When we talk about Hollywood, he has appeared in Everest, Only For Singles, Hostages, and Bullets.

Marvel has come a long way from showing middle eastern men as terrorists who kidnapped Iron Man in the first movie in 2008.

One of the major areas where films have failed in recent times is representation. White actors playing Asian characters or showing Asian characters as either nerds or terrorists is no longer acceptable. The web series pretty much covered all the areas that could potentially go wrong. Ms. Marvel is pioneering this movement of breaking down stereotypes and representing the Asian Muslim community in a positive light.

The series is written by G. Willow Wilson, Adrian Alphona, and Jamie McKelvie. Ms. Marvel’s first appearance was in the Marvel Comic Book back in 2013. Sana Amanat, a Pakistani-American played a crucial role in bringing the comic book to life. She also acts as an executive producer on the show.

Representation is important for any community, but it needs to be done correctly. The ill portrayal of Muslims in Hollywood has tarnished the community’s perception to the masses for a long time.

Shows like 24 and Homeland have embedded in people’s head that all middle eastern people and basically everyone who is a Muslim is generally a bad person. Then comes in a buff, armed American hero who shoots everyone down and saves the day.

Hopefully, Ms. Marvel will make other production houses also take a second look at representation of smaller communities and do justice to their characters.