Throughout his entire acting career, Adam Sandler may have worked with many stunning actresses like Jennifer Aniston, Drew Barrymore, Jessica Biel, and Salma Hayek but there is one pretty woman who has been ruling over his heart since always. The name of his leading lady is Jackie Sandler. 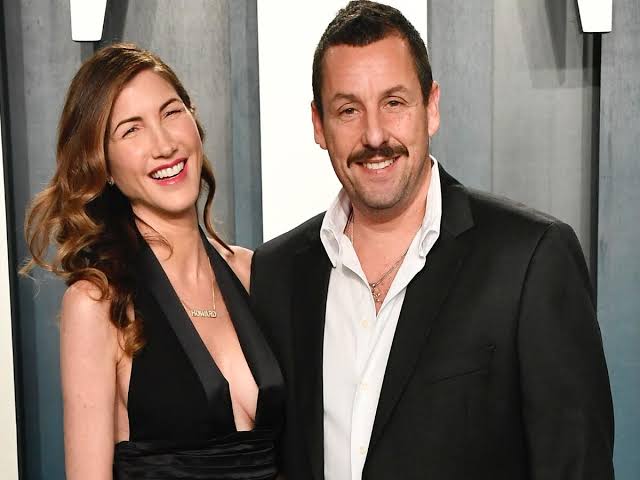 Who is Jackie Sandler?

Jackie is a model and actress. She was born on September 24, 1974, and raised in Coral Springs, Florida, United States. Her full name is Jacqueline Samantha Titone. At first, Samantha was very inclined towards the world of modeling and she pursued it seriously. She began modeling after graduating from high school. 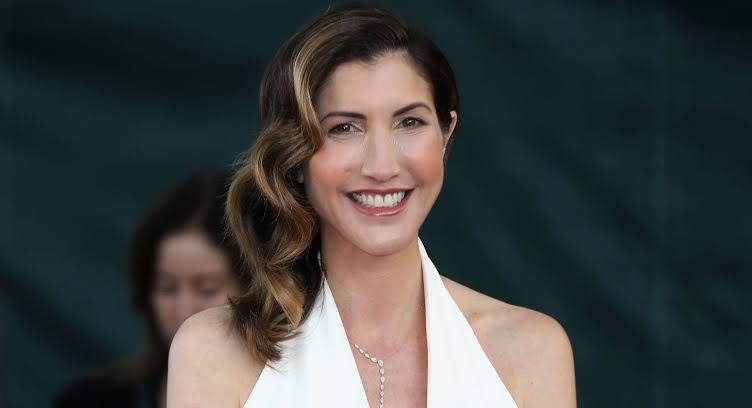 Jackie became a well-established model over a couple of years. As of now, she is a renowned model who gained more popularity after getting married to Adam Sandler. Her husband Adam is an actor, comedian, screenwriter, and producer.

After a while, she thought of trying her hand at acting as well. To date, she has managed to weave magic on screen with her brilliant acting in many films.

When did Jackie make her acting debut?

Jackie stepped into the field of acting with the 1999’s movie Deuce Bigalow: Male Gigolo. She essayed the role of Sally in the movie. When she started acting she got more attention from the viewers. Then there was no looking back for this star. In the same year, she featured in a huge film called Big Daddy. 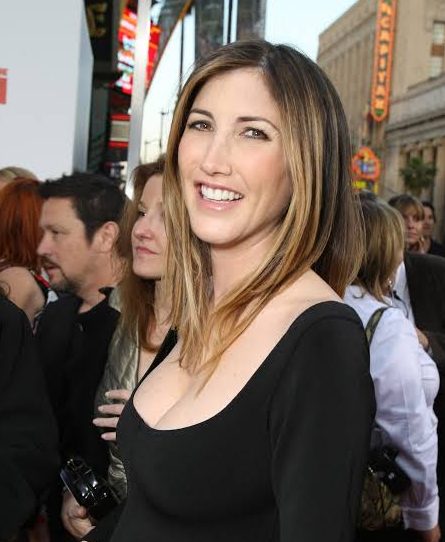 In which movies have Jackie Sandler starred in before?

In the past, Jackie has been a part of several films of Adam like Hubie Halloween, Murder Mystery, Just Go with It, Little Nicky, and Grown Ups. Previously, the fans and the critics both have appreciated her performances in Adam’s films.

Apart from that, she has featured in movies like Pixels, That’s My Boy, Little Nicky, Eight Crazy Nights, Duplex, Bed Time Stories, Zookeeper. She has also starred in Netflix’s movie The Wrong Missy.

Jackie has also been in shows like Kevin Can Wait and Marry Me. We would love to see her in different characters in the future.

When did Adam Sandler meet his wife Jackie?

As per the reports, Jackie and Adam met for the first time on the set of a movie named Big Daddy. The movie was released in the year 1999. In the movie, Jackie essayed the role of a waitress. On the other hand, Adam played the character of Sonny Koufax in the comedy.

In 2020, the Happy Gilmore actor even went down memory lane and reminisced the day he met his wife. He took to his Instagram handle and penned a sweet caption for his wife.  He wrote, “22 years ago today we locked eyes and fell deep. Look forward to the next 22, young lady. Love you my forever girl.”

When did the duo get married?

The pair tied the knot in 2003. Many Hollywood celebs like Jennifer Aniston, Dustin Hoffman, Sharon Osbourne, and Rob Schneider also attended the Jewish wedding of the couple. The wedding ceremony took place in Malibu. 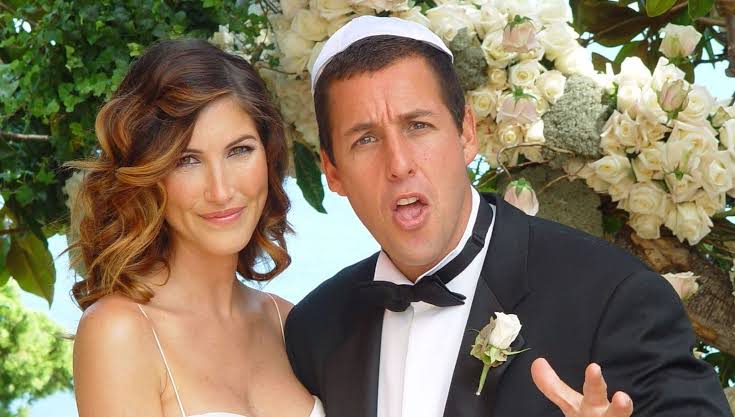 Adam and Jackie said their vows in front of a total of 400 guests. According to People, before the duo got hitched, Jackie was so committed to her relationship with Adam that she changed her religion to Judaism in 2000.

How many kids do Adam and Jackie have?

The couple shares two children. They have two lovely daughters Sunny and Sadie. Adam and Jackie welcomed their first daughter Sunny in 2008 and then added another member to their clan Sadie in 2006. 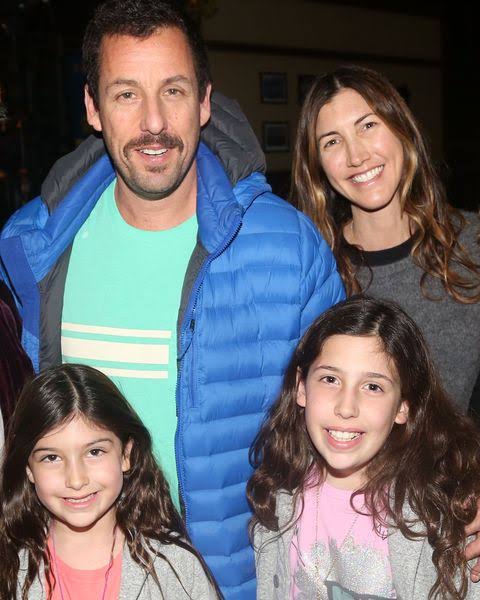 Have Jackie and Adam’s daughters acted in films?

The answer to the question is yes. Both Sunny and Sadie have appeared in a few of their dad’s films. It wouldn’t be wrong to say that acting runs in the family.

During an interaction with People, Adam spilled the beans on how his daughters feel about being in his movies. He said, “I hear sometimes in the house, ‘I wanna be in a movie’ and I say, ‘You are, you were in this, this and this’ and they go, ‘Not yours.’ I go, ‘Oh, Daddy’s not good enough!’”

How does Jackie feel about Adam’s romantic scenes?

Let’s just say Jackie gets full marks for being a hands-on supportive wife. She often gives her husband a few kissing tips as well. The 50 First Dates star even admitted in an interview with W Magazine that he is not quite excited while doing the romantic scenes. 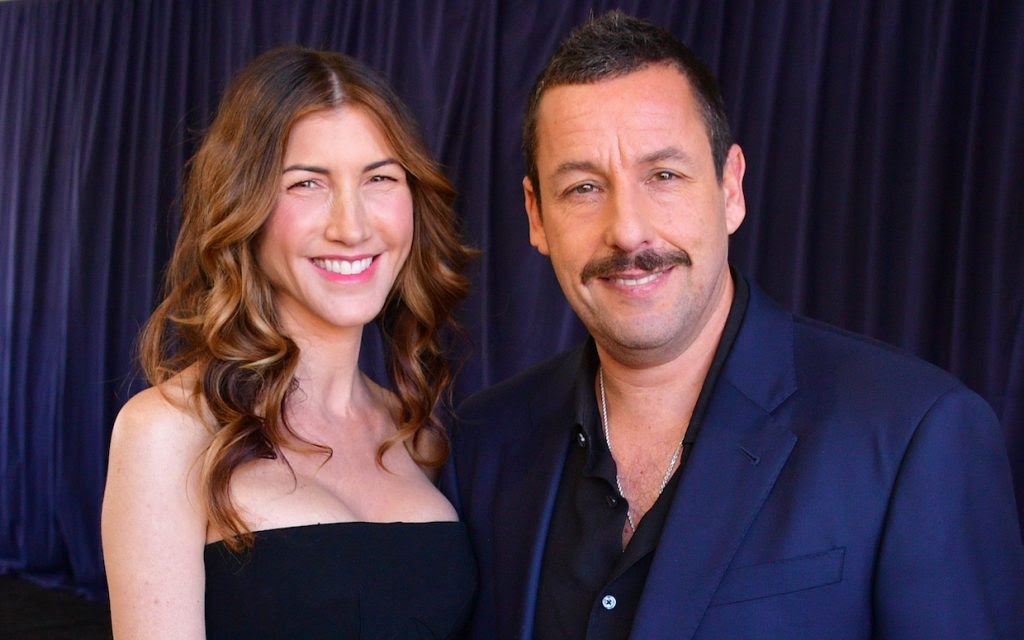 During an interview on The Ellen DeGeneres Show, Adam stated his wife’s thoughts on his romantic scenes, he said, “there’s no jealousy at all. She’s just like, ‘Get in there!’”

He further added, “We’re [him and Drew Barrymore] doing a nice romantic scene and I think I’m doing pretty great, being as romantic as I can be and then I go ‘OK. Moving on. Let’s go. That was great, Drew. Good job.’ And I’m walking away and I just see my wife like [shaking her head]. ‘What’s the matter?’ [Jackie says] ‘Just please, for the sake of women, get in there and just look a little more alive.’”

In an interview with Associated Press, Adam shared how his wife reacts to him filming romantic scenes. He talked about a scene in the movie Murder Mystery where he had to kiss Jennifer Aniston, he said, “The only awkward part is hearing my wife on the side go, ‘Harder! Kiss her harder!’ Deeper!”

What is the pair’s secret to a happy married life?

The Uncut Gems star put out his thoughts on marriage with Jackie at the 2019 Toronto International Film Festival. He spoke right from his heart and said, “Making sure that you don’t run off too long and hanging out together and telling the truth and that kind of thing’s good.” 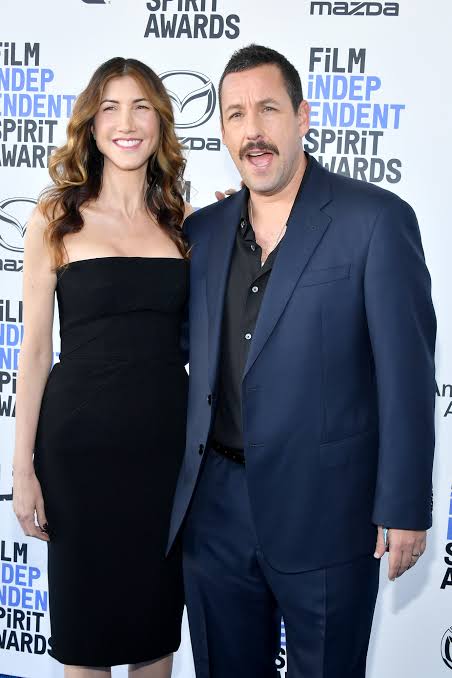 Adam and Jackie are one of the cutest couples in Hollywood. Now and then, Adam keeps sharing beautiful posts for the love of his life on social media. Our hearts completely melt after seeing his posts for Jackie. We hope to see the real-life couple on the reel screen soon. Don’t forget to stay tuned with us for the latest updates.