The 10th edition of Miss Grand International concluded on October 25, with Isabella Menin from Brazil being crowned as the winner. Engfa Waraha, Thailand, and Andina Julie, Indonesia have taken up the first and second runner-up positions respectively.

The pageant, which is one of the biggest beauty contests in the world, took place in West Java, Indonesia, and saw participation from 68 countries and territories. Before participating in the international competition, Isabella Menin won the title of Miss Grand Brazil in July this year. Here is everything we know about the pageant winner. 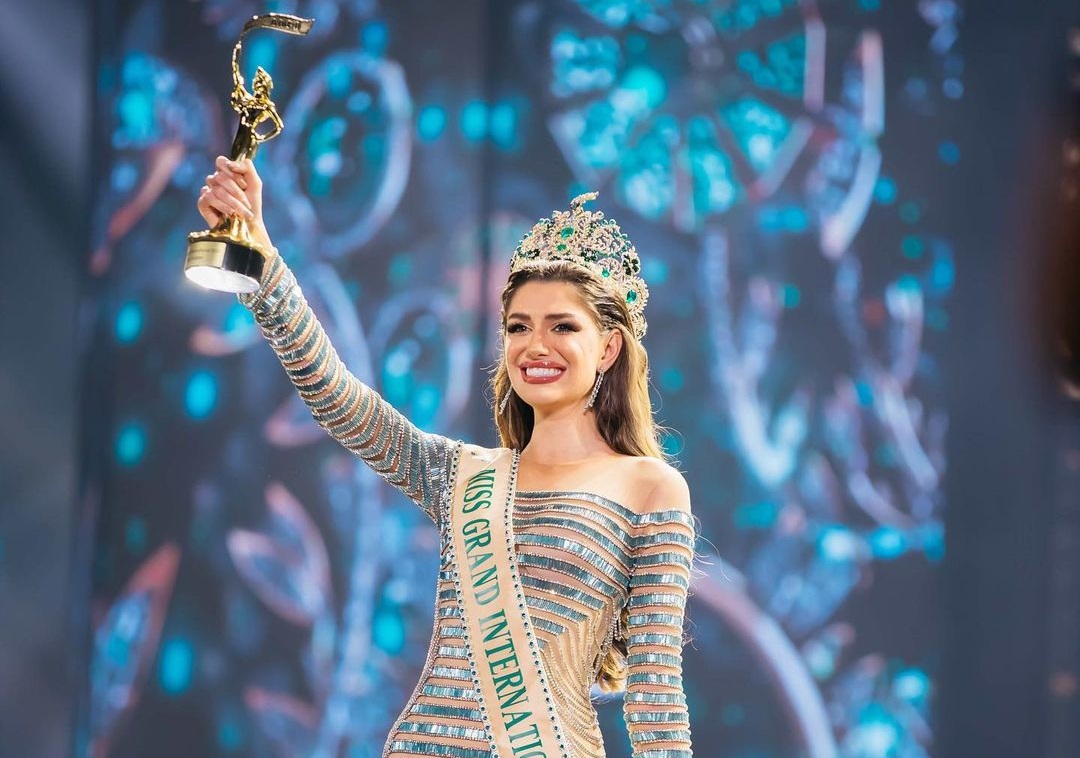 Menin, 26, was crowned by Miss Grand International 2021, Nguyen Thuc Thuy Tien, from Vietnam. Out of the 68 participating contestants, the top 10 were selected as finalists, out of which 5 were chosen to advance to the next level.

The last stage was a question-answer round, with the host posing the same question to all five contestants, “If you had the opportunity to send a message to Russian President Vladimir Putin, what message would you like to convey?” 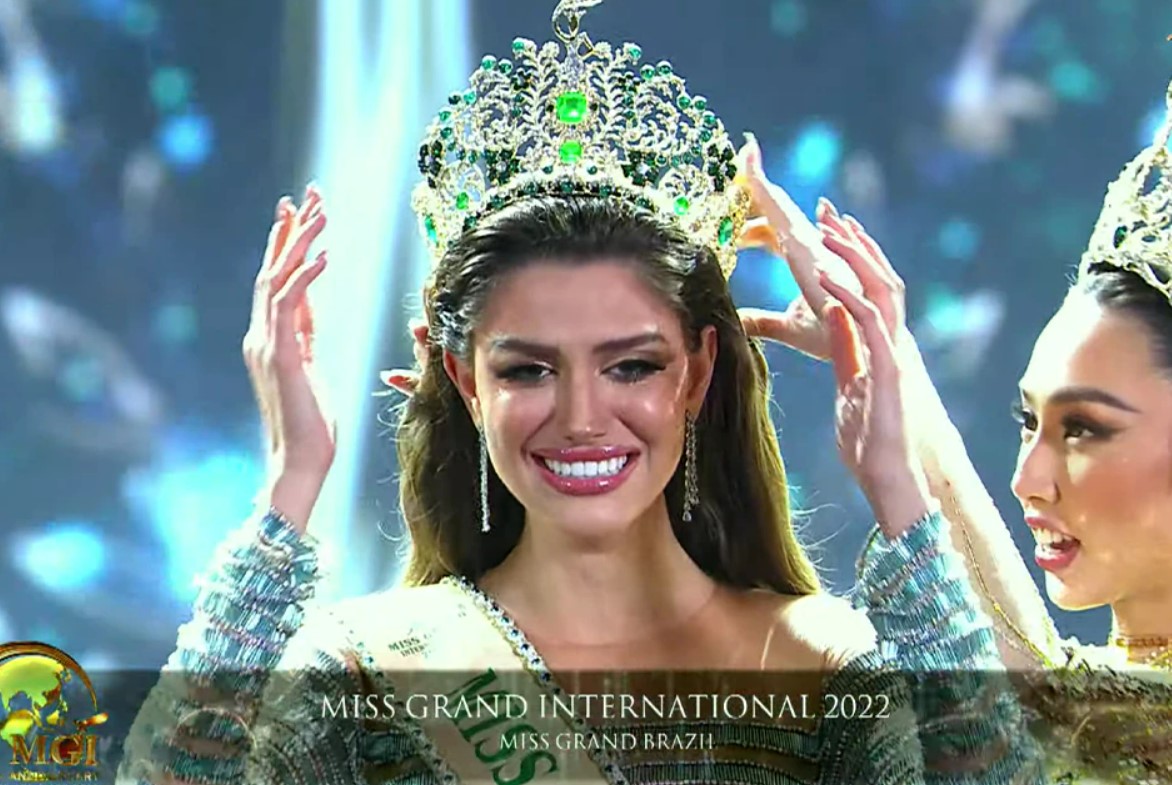 “War will only create wounds and what we can do is start taking real action even if it is small, carry out diplomacy and understand each other. Because together, war and wounds will disappear,” replied Menin, impressing the judges and winning the coveted title.

Born and raised in Marilia, Brazil, Isabella has had a long history with beauty pageants. Before winning the title of Miss Grand Brazil in 2022, she had won Miss Student of Marília and Miss Teen International in earlier years.

Menin is of Brazilian and Italian descent and can speak Portuguese, Spanish, English, French and Italian. The pageant winner apparently loves acting, singing, and photography. She founded an organization named Beyond Project, which supports associations for people with disabilities in Brazil. 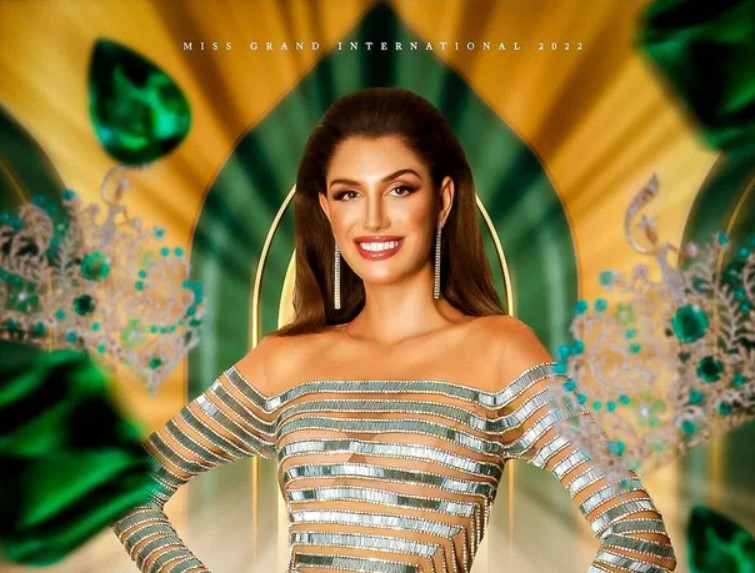 Isabella holds a bachelor’s degree in economics from Westminster Business school, London, and a master’s degree in finance from University College London. Apart from working as an international model, Isabella also had a stint as a paraplanner at Thomson Tyndall in 2021

Adriana Novaes, the mother of Isabella Menin, is former Miss Marília winner. Talking about her daughter’s achievements, Adriana said, “Since she was 3 years old, Isa has participated in a ‘Miss’ contest. She has several mini-miss tracks, won the Teen International in Costa Rica. She won Miss Goiás by the supranational. She was also crowned Miss Teen Marília and Teen São Paulo.” 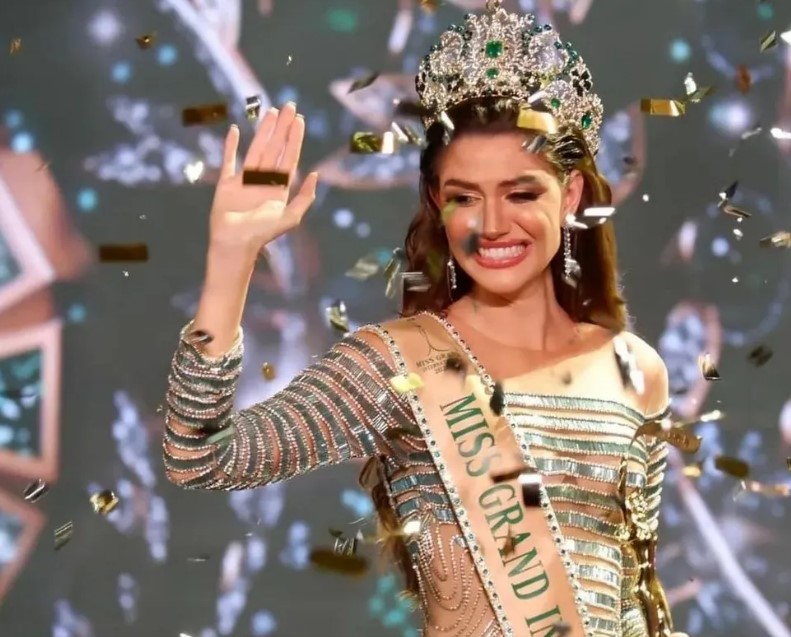 “Ever since my daughter has been born, I’ve put her in every beauty pageant. It’s been 26 years building this dream. It was God who did it. Miss Grand International today is the biggest in the world,” she continued.

Novaes added that the whole country of Brazil is proud of her daughter. “Messages keep coming, requests for an interview. It’s crazy. It had been 51 years since Brazilians won a crown in a Miss World contest.”

Congratulations to Isabella Menin on winning the title! Stay tuned for more news and updates.