Meet Derek Hough: All About the ‘Dancing With The Stars’ Alum

I think whenever we talk about the world of dance, it’s not possible for us to not think about Derek Hough. He is a dancing legend and he continues to inspire so many people around the globe to pursue their passion with all sincerity and determination. What does Derek do for a living?

Derek Bruce Hough is an American professional Latin and ballroom dancer by profession.  He is not only a pro dancer but also an actor, singer, and choreographer. He was born on May 17, 1985, in Salt Lake City, Utah, United States.

Hough is the fourth child out of five. He has four sisters, Sharee, Marabeth, Katherine, and Julianne. All of his grandparents were also dancers, so it wouldn’t be wrong to say that those beautiful dancing skills run in the genes. Let us tell you one more interesting fact, his parents Marianne and Bruce Hough met each other for the first time on a ballroom dancing team in college in Idaho.

When did Hough begin dancing?

Derek’s parents sent him to London at the mere age of 12 to study and reside with dance coaches Corky and Shirley Ballas. After a while, his sister Julianne also joined him in London. At first, he planned to stay in London just for a total of 3 months but he ended up living there for nearly 10 years. The Ballases lend a helping hand in tutoring both Derek and Julianne. They got them admitted into the Italia Conti Academy of Theatre Arts. In the theater school, both kids got training in theater, gymnastics, and many forms of dance, including jazz, ballet, and tap.

Hough is trained in many forms of dance. This extraordinary human being also knows how to play a few musical instruments such as piano, guitar, drums, and bass.

Derek rose to fame over the last two decades

The 36-year-old won his first dance competition, WDSF World Latin Championship in the year 2002. He has had quite a great journey ever since then. From the year 2007 to 2016 he starred on ABC’s dance show Dancing With The Stars as a professional dancer.

To date, he has managed to win the dancing show with his respective celebrity partners six times. That’s quite insane, isn’t it?

For his tremendous work in the field of dance, Derek got nominated for not one or two but received eleven nominations for the Primetime Emmy Awards for Outstanding Choreography. He was able to take the trophy home three times. His life came full circle when he was asked to be a judge on the 29th season of the dance show Dancing With The Stars.

Hough has acted in a couple of movies

Derek has also tried his hand at acting. He was first seen on the big screen in a film in which I think almost all of us would love to be in even if it’s for a few seconds. He had a cameo in the movie Harry Potter and the Sorcerer’s Stone.

Then Hough was seen in a movie called Rock of Ages in the year 2012. His sister Julianne played the female lead in the film. He had a small part in the movie.

The dancer took up his first major role in movies by taking a year off from Dancing With The Stars. He starred in a film titled Make Your Move, it released in Los Angeles in 2014.

The first title of the film was Cobu 3D. Derek was cast opposite K-pop singer BoA in the dance movie. He played the role of Donny in it. It was quite a treat for all his fans to watch him on the big screen. 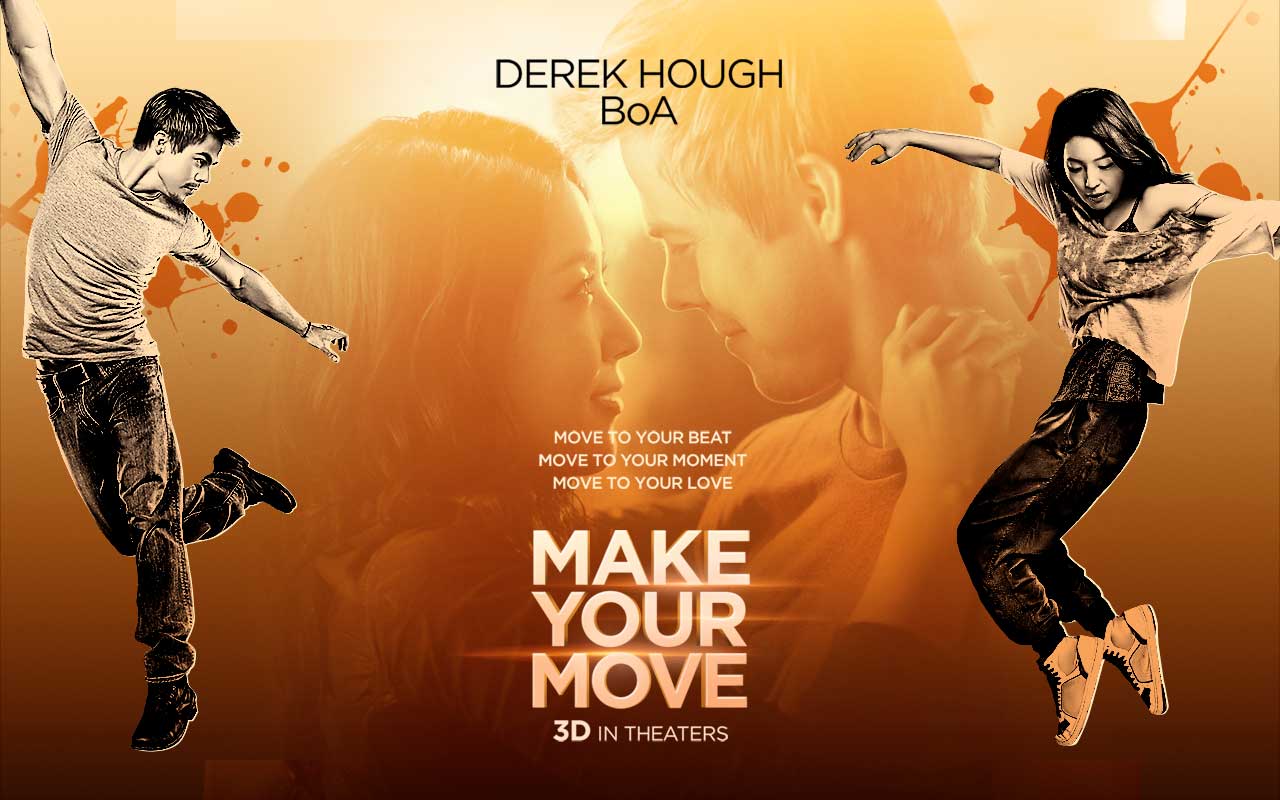 Apart from this, he has also been a part of some amazing shows like Better With You, Jane The Virgin, and Nashville. In 2016, it was announced that he would play the role of Corny Collins in the NBC live broadcast of Hairspray.

Hough and Hayley garnered the attention of the viewers due to their sizzling chemistry on the stage before they started dating. The dancing legend first met Hayley when she was cast as one of the dancers in his and sister Julianne Hough’s Move Live Tour in 2014. By the year 2015, these two dancers had officially become a couple. In an interview with Us Weekly in 2017, when Derek was asked about when he was going to propose to Erbert, he stated that he had no pressure to get on one knee anytime soon. He said, “Oh, no. If anything, [we have] a lot of [family], there’s like 55 nieces and nephews. We got plenty, we’re fine!”

Derek even gushed over his girlfriend in an interview with Us he spilled the beans on how the duo spent their time in the pandemic. He jokingly said, “We have been having date nights, which has been nice. We’re getting ready, we’re going to go out to Club Living Room. We’re going to Chateau Kitchen and, yeah, we’ve been cooking together, which has been really, really nice and it’s been good.” He further added, “Being cooped up with my girlfriend, it’s been great. It’s funny. [It] definitely brought us closer and it’s a beautiful thing.” The pair shares four rescued animals. They got a kitten in September 2018 which they named Palo.

Derek’s girlfriend Hayley has taught him to chill and relax

The DWTS champion told Us, how his girlfriend Hayley has taught him to relax. He said, “Haley’s taught me a lot about relaxing. About just sitting down and relaxing and enjoying the moment.”

It’s very important to enjoy the little things in life, we often get lost in the hustle-bustle of life. At the end of the day, it’s all about finding joy in the little things. We and all of the fans of this gorgeous dancing couple would love to see these cuties tie the knot super soon.

Derek and Hayley look pretty great together. We can’t wait to see what these two magnificent dancers have in store for us. Don’t forget to stay connected with us for the latest updates from the world of showbiz.