Up until now, Kittle has been one of the most exciting players during the playoff season. Throughout his career, George’s wife Claire Kittle has been his biggest supporter and cheerleader. 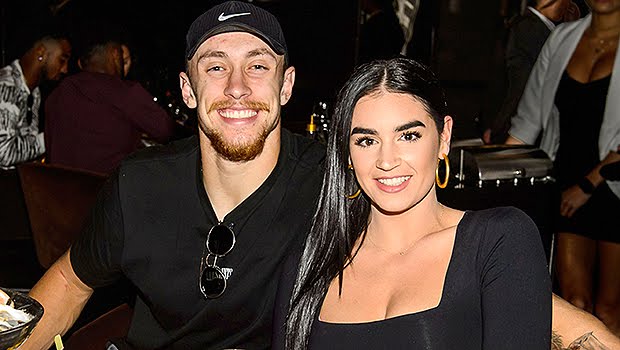 We are pretty sure that Claire will be rooting for her husband George during Sunday’s playoff game between the San Francisco 49ers and the Philadelphia Eagles on January 29. Read on to learn more about every aspect of Claire’s life.

George and his wife Claire are college sweethearts

Yeah, you read that right. For those of you who are unaware, let us share with you, George has been in the National Football League (NFL) for more than 5 years now, meanwhile his wifey Claire has seen him play for a longer time. The pair crossed paths for the first time in the year 2012 at the University of Iowa when they both were freshmen.

In a video made by the football player to propose to his ladylove Claire, he went on to disclose that he first saw her outside of his college dorm building. In the clip shared by Claire on the social media platform Instagram, he can be heard saying, “The first time I saw Claire, I was a freshman in college. I was 18 at the University of Iowa.” 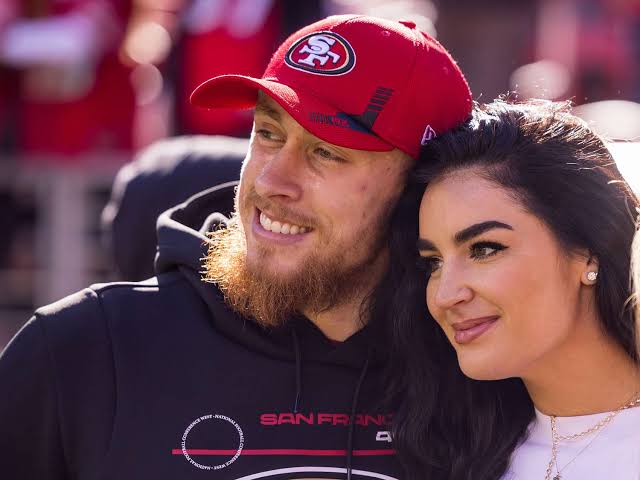 Then, George stated that his roommate at the time had a less-than-favorable opinion of his future wife, but he wanted to know her better. He joked around that he spent “8 months in the friendzone,” before he “tricked her into liking him.”

Let us tell you, George was drafted by the 49ers in the fifth round of the 2017 NFL Draft. When Kittle was drafted, he mentioned that Claire quickly joined him in San Francisco and he said that he wouldn’t have it any other way.

In the clip, George said, “She’s such an important part of my life. She’s helped me grow and become a more mature person. Someone who can actually handle my s***.” He went on to say, “Her smile basically brightens up every room that she’s in.”

Her husband George Kittle might be a pro player, meanwhile, she has a great blog that goes by the name of Lettey Set Go. The name of her blog is inspired by the nickname that George gave her based on her middle name Colette.

Claire’s blog Lettey Set Go revolves around her trips all across the globe and her life experiences. In addition to this, it also consists of some amazing tips for brides, everyday fashion, and of course 49ers fans. 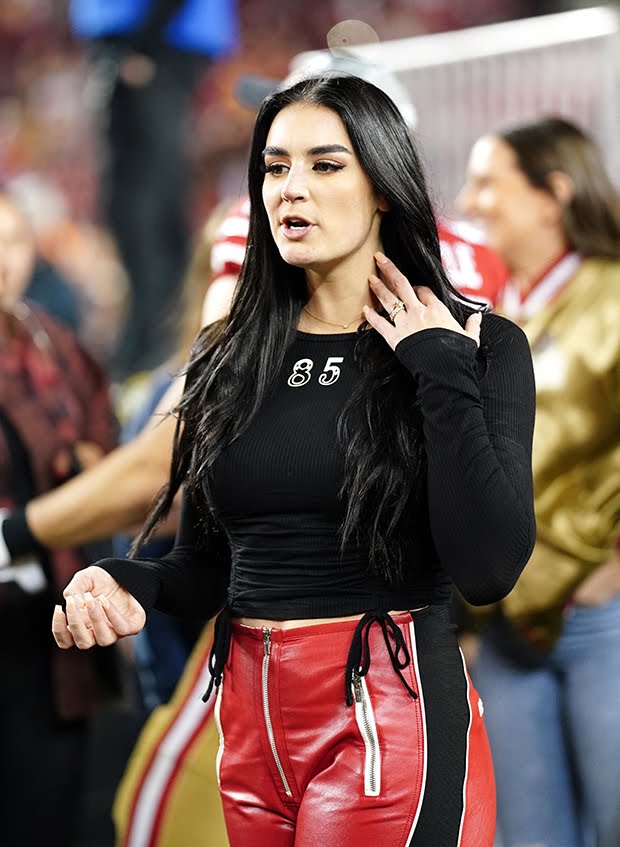 On her website, she spilled the beans about her page. She wrote, “I want to show and share with you, all of my tips & tricks, the should nots and would nots, the definitely’s and maybe’s, and all of the ins and outs I’ve learned.”

Claire further added, “You’ll find travel inspo, where to go, when to go, and how to do it right. Fashion and beauty creativity. As well as anything and everything I am currently experiencing in my life. I’ll share it all. I’m an open book.”

Claire was a college basketball player

During her time at Wahlert Catholic High School, Claire played basketball. She was an athlete when she met George so it seems like the two of them have a lot in common. Back in the day, she played for the University of Iowa women’s basketball team, and she stated that the dorm they lived in was mostly occupied by student-athletes in her proposal blog.

After completing her graduation, Claire continued her passion for physical fitness. At the moment, she owns a fitness business. According to her LinkedIn profile, she has also worked as a personal trainer as well as a health and wellness specialist. 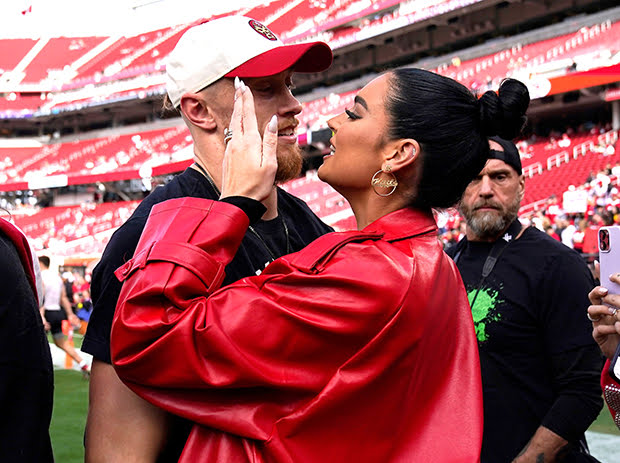 When did George and Claire get engaged?

The NFL player proposed to Claire in the year 2018. He popped the big question to her on August 10, 2018. The proposal video that he recorded contained an interview of George talking about the pair’s relationship. He surprised her by saying that they were filming a “Couples in the NFL” segment when he surprised her with a proposal.

Claire shared more details about the pair’s proposal in her blog. She took to her website and penned, “Down on one knee and looking as handsome as ever! I had the biggest smile on my face and I literally couldn’t believe what was happening!” George and Claire eloped in April 2019

Less than a year after getting engaged, the couple revealed that they tied the knot in an impromptu ceremony in April 2019. Around the same time, the two lovebirds also uploaded pictures from their wedding on their respective Instagram pages.

For the big day, Claire donned a white pantsuit, on the other hand, George wore gray, checkered khakis and a white button-down. “SURPRISE! I married my best friend. Dibs forever. I love you wifey,” George wrote in the caption of the Instagram post. The player and his wife had planned to have a big celebration in July 2020, but they had to delay their plans due to the Covid-19 pandemic.  In a sweet video, Claire disclosed that the couple had a full-on party on the occasion of their second wedding anniversary, with a larger ceremony.

As the 49ers try to make it to the Super Bowl, Claire will be there to support her husband and his team as they try to get a ring home. Every now and then, she posts photos of herself cheering on the sidelines. She also shares some cute photos of herself and her husband George on Instagram.

When the team won on January 8, Claire posted a video of herself and her loved ones going to the game on her Instagram feed. She simply captioned the video, “Lucky brought 2 touchdowns & a big Niners win.” Who is your favorite football player at the moment? Kindly let us know your thoughts on the same in the comments section below. Don’t forget to stay tuned with us for the latest updates from showbiz.