Recently, Baby Keem got his First Grammy for Best Rap Performance at the 64th Grammy Awards. He won the award for his song Family Ties along with Kendrick Lamar who is his cousin as well as a collaborator. 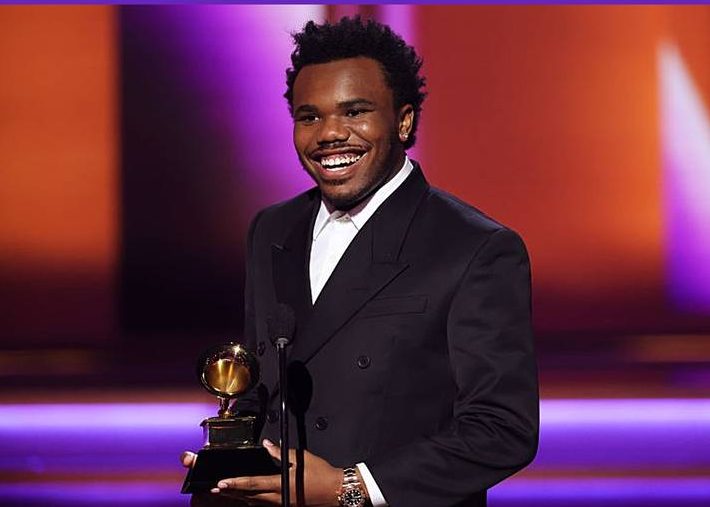 Apart from this, the rapper was also nominated in other categories like  Best New Artist, Best Album, and Best Rap Song. Three-time Grammy award-winning rapper Ludacris handed over the award for Best Rap Performance to Baby Keem.

In his beautiful award-winning speech, Keem said “Nothing can prepare me for this moment tonight. I want to say thank you to my support system, the city of Las Vegas, my family, the women that raised me, to shape me to become the man I am today.”

Who is Baby Keem?

In his early days, the rapper garnered the attention of the viewers after he dropped his single Orange Soda from his second mixtape Die for My Bitch (2019). The song was a smashing hit as it reached number 98 on the US Billboard Hot 100 chart.

While growing up, Keem looked up to American musician Kid Cudi. During an interaction with the media, he said, “I was inspired by Cudi’s cadences and shit like that. Kid Cudi’s one of my favorite artists.”

Baby Keem has collaborated with many A-listers from the music industry such as Sicko Mode singer Travis Scott, Donda rapper Kanye West, and his cousin Kendrick Lamar on the songs Durag Activity, Range Brothers, Praise God, and Family Ties.

Let’s tell you an interesting fact, Keem received his Grammy nomination for Album of the year for his co-written feature on Kanye West’s Donda track Praise God.

The 21-year-old has both songwriting and production credits for his cousin Kendrick’s project Black Panther: The Album, the song Nile from Disney’s The Lion King: The Gift, TDE member Jay Rock’s Redemption, and Schoolboy Q’s Crash Talk.

When we talk about the rapper’s work in the year 2021, he released a total of two singles Hooligan and Sons and Critics Freestyle.

Later on, Keem dropped a song named No Sense on March 5, 2021. Then, he released the song Durag Activity with Travis Scott. Following this, his song with his bro Kendrick Family Ties came out on April 30. The rapper’s debut studio album The Melodic Blue saw the light of the day on September 10, 2021. His album also consisted of the song Issues. The album is full of washed-out synths, booming bass, and distorted beats. It struck a chord with the audiences as it received good feedback from the end of viewers as well as the critics.

Congrats to Baby Keem for winning his first Grammy ever. We hope to listen to some great music from the side of this young rapper in the times to come. Don’t forget to stay tuned with us for the latest updates from the world of entertainment.