It couldn’t have been better.

Janet Jackson is barely spotted on television anymore. Therefore, to find her on stage for the Billboard Music Award 2022 left everyone aghast, especially Mary J. Blige.

Mary J. Blige has been in limelight for decades now, and with the new trophy by her side, it is confirmed that she will stay quite a bit longer now. The 51-year-old took on the stage to receive the ICON award on May 15th at Billboard Music Awards 2022. In addition, to 11 more faces who received the award, Mary was one of them. 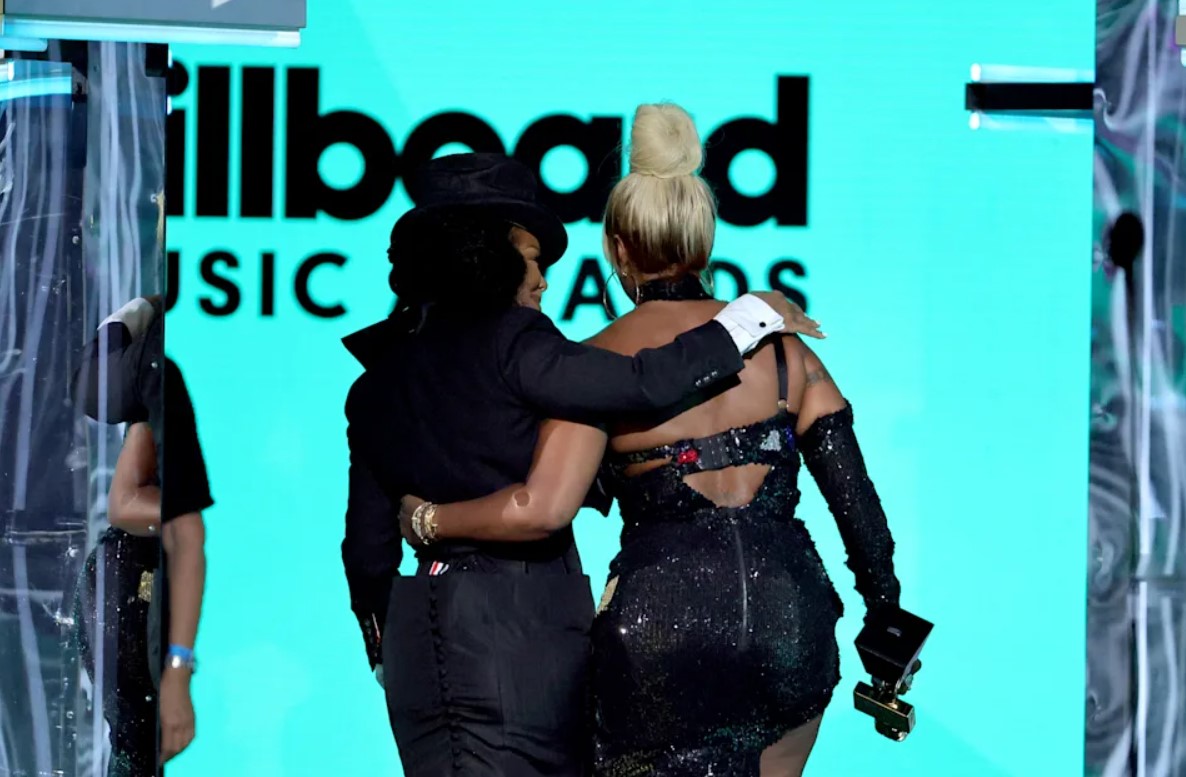 Janet Jackson presented the ICON award to Mary J. Blige who was entitled to the same award back in 2018. According to Janet, Mary J. Blige deserved the award as he mentioned, “Mary has made a commitment to her fans to always be her authentic self. Now that’s real love.”

Janet Jackson donned a tuxedo and a hat. Janet and Mary stole the show of the night.

From one Icon to another, @JanetJackson is here to present the #BBMAs Icon Award to @maryjblige ✨ #IconMJB pic.twitter.com/UnkJ6jzguZ

After receiving the award, Mary said, “The way the world is now, I think people think icons are born that way, that they become a legend overnight, but that is definitely not the case,”.

“It takes a lot of time, hard work, and a lot of surviving, trial and error, to achieve greatness.”, she continued.

“What an icon means to me is overcoming obstacles to accomplish the unthinkable and be wildly admired for having influence over a multitude of people, and that is what I’ve always represented,” she continued. “I’ve been on this journey for a long time. One that didn’t always look the way you see me now. One that was filled with a lot of heartache and pain. But God helped me to channel those experiences and emotions into my music.”, she went on.

Quoting Mary’s iconic songs, Jackson said, “Mary J. Blige represents truth. Her work has always given us comfort because she sings me, she sings you. I reminisce, but I’m not gon’ cry, because even though sometimes it feels like every day it rains, I’ve got no more drama. I’m just fine with my life, my life, my life, my life. In the sunshine, Mary has made a commitment to her fans to always be her authentic self now — that’s real love.

Ladies on the floor at Music Awards!

The duo was truly ecstatic to be on the stage as they spoke a lot about what it takes to become an icon.

While accepting the award, she spread her thanks to 50 Cent, Diddy, and Dr. Dre for inviting her for the night. Blige admired Jackson’s presence, “Well I’m in a dream right now. Janet Jackson, y’all. Speaking of icons, you were always one of our biggest inspirations growing up,”.

Binge’s new album Good Morning Gorgeous was released in February. The song was a follow-up to Strength of a Woman. Furthermore, she was also seen in NBA Slam Dunk Content previously. 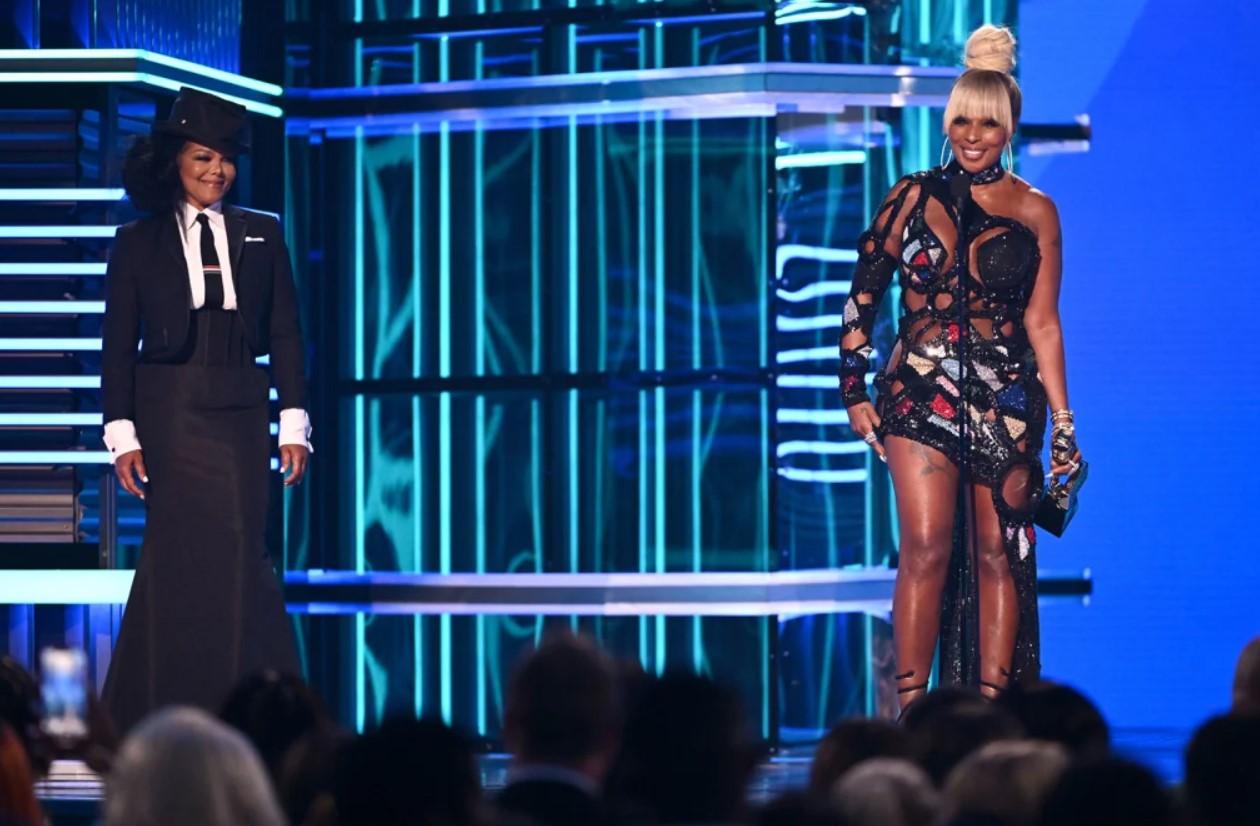 The ICON Award identifies singers who have topped the Billboard charts and have left an impact on the music industry. Mary, with 10 wins bags her next award.

So far, 11 artists have made it to the ICON Award, and Binge is next. The previous award recipients include Stevie Wonder, Prince, Jackson, Neil Diamond, Garth Brooks, Mariah Carey, Jennifer Lopez, Celine Dion, Cher, and P!NK. 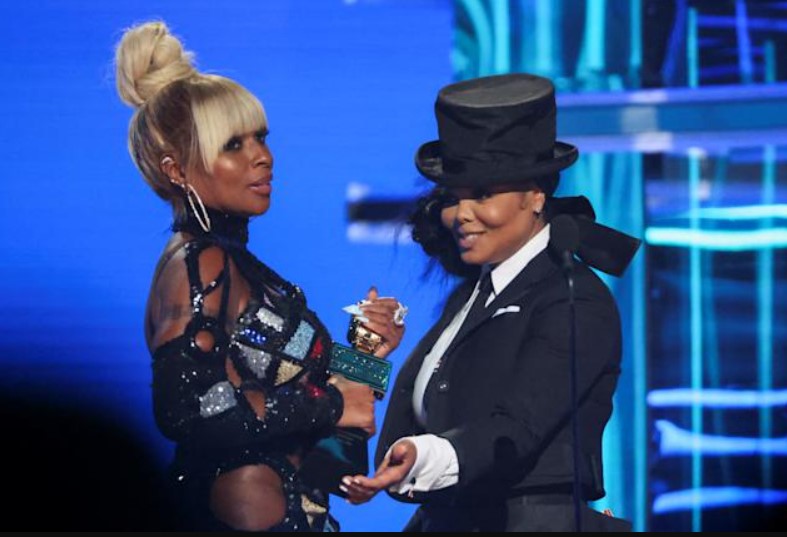 What are your thoughts about Mary’s win? Let us know.