The sixteenth season of Married at First Sight, which will broadcast on Lifetime, will highlight couples from Nashville. The couples rundown is already out, and the new cast will add to the excitement for the show’s premiere.

The official synopsis of the series reads, “Every new two-hour episode will capture each couple’s emotional journey as they go from wedding to honeymoon, to early nesting and navigating the daily struggles that come with a new marriage.

The newly matched couples also get the opportunity to get together and share the good, the bad, and the ugly about their unique unions.

After the eight-week experiment comes to an end, each couple will make the biggest decision of their lives: to stay married or get a divorce.” 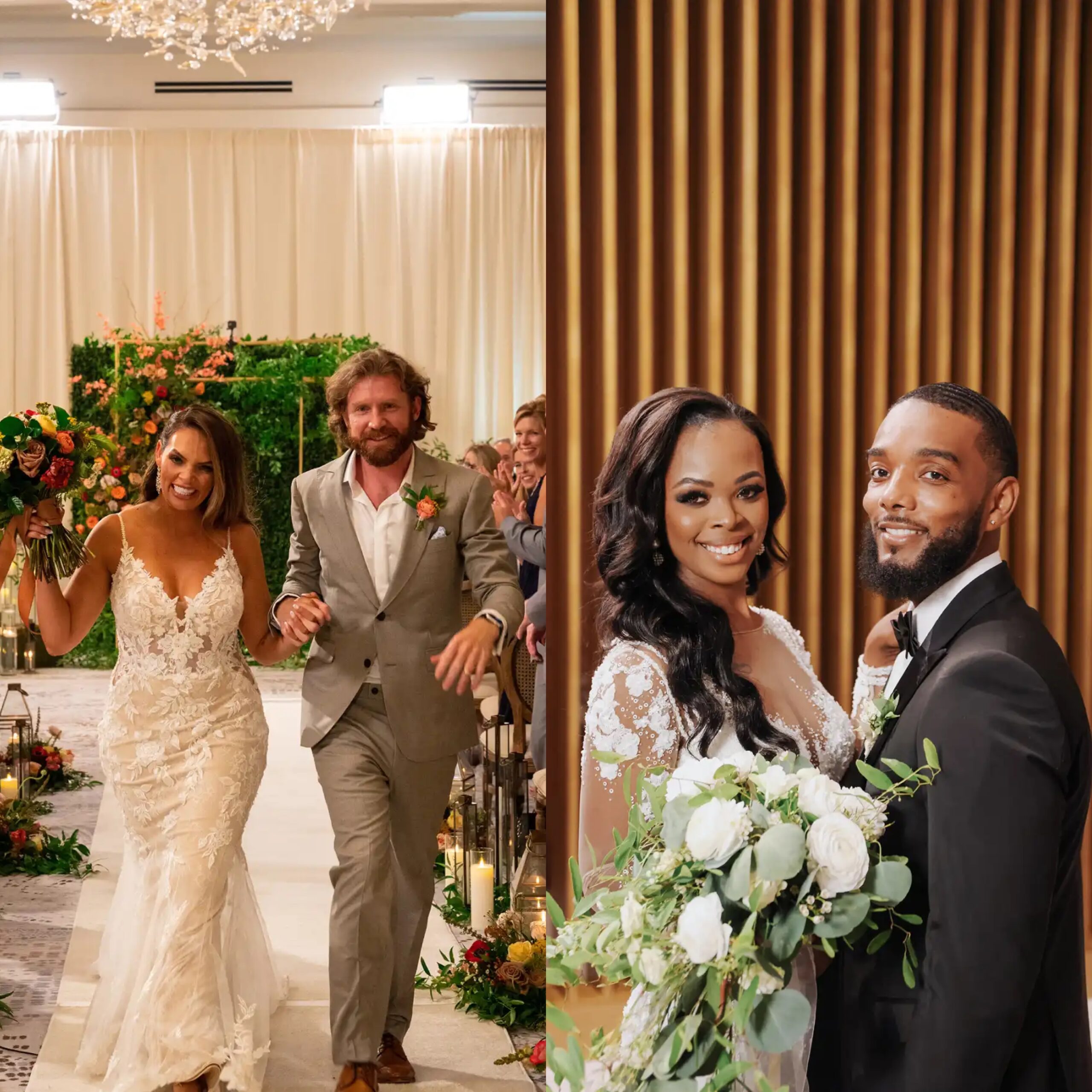 The season is scheduled to premiere on January 2023. Now let’s take a look at the new singles that said ‘I Do’ to total strangers. You know the drill of what will happen in the finale.

They will make the decision to stay married to the person or get divorced. But it’s going to be an amazing journey. Let’s take a look at them.

Domynique is 25 years old and is looking for love. She didn’t have many long-term relationships with anyone but she’s hoping to find love and get married happily.

The 25-year-old hopes to find someone lovely and affectionate who will settle down with her. She prefers meaningful relationships to flings, and she has now been matched with Mackinley.

Mackinley, on the other hand, struggles with trust and has been caught off guard by his recent past relationship. But he’s back to try one more time to find someone.

It’s challenging to be hurt and then have faith in love once more, but life is giving him another chance. Kristen describes herself as a ‘total package.’ She is a self-assured woman who will not settle for anything less than she deserves. The 32-year-old woman is frequently intimidating to the men she dates.

And now that she’s been matched, she’s found someone with whom she can settle down and start a cute family. She is also looking for someone who believes in God and isn’t afraid of her success.

Shaquille, on the other hand, has been in therapy for a long time and is now ready to take the most important step of his life. He’s ready to settle down with ‘the one,’ and he’s hoping to give it his all. He wishes to be the type of husband he wishes to be for his wife. Because the 31-year-old is actually open-minded, this couple can probably work out and say “I do.”

This couple is unlike any other. Nicole was hoping to meet “the one” through her parents because she is pretty close to them. And it’s truly amazing to think that her parents were given the responsibility to take the most important decision of her life.

However, things did not go as planned. It’s exciting for her to be here at ‘Married at First Sight’ looking for ‘the one.’ Nicole claims to be an ‘untraditional girl’ looking for an arranged marriage. Now that she has put her trust in the experts, the 32-year-old has been paired with Christopher.

Christopher, the 36-year-old on the other hand is also hoping to find love through professionals. The personality has not been able to form meaningful relationships through dating or other means. You’ll be surprised to learn that he went on a few dates but couldn’t find women of his type. He is looking for someone serious and committed to a long-term relationship.

He believes that this series is the ideal way to find love because he is optimistic that the woman he is paired with is indeed looking for a long-term relationship.

Jasmine has been in a few long-term relationships in the past, but she has yet to find the right one for her and settle down for good.

Most of her relationships managed to fail, but she is now back on her feet and looking for someone with whom she can spend the rest of her life happily. The 31-year-old believes she has had bad luck with dating.

Arris, 39, on the other hand, is a focused individual. He spent the last few years focusing on his career, but now the time has come for him to start his own family. He’s counting on the experts to find him his true love. Lastly, we have Gina and Clint. Gina didn’t date anyone for almost four years because she was going through a painful breakup. Gina, on the other hand, has returned to find love after years of focusing on herself.

The 36-year-old has built a successful career for herself, and despite a breakup, she chose to do something positive. She is now back on the path of long-term relationships.

Clint, 40, on the other hand, wants to have children of his own because family is indeed important to him. He wishes to find a partner with whom he can start a family. Clint still hasn’t found the right person for him after 40 years. So he decided to try to pick a method that is exciting and gives him hope of building his own family. And now he is here at ‘Married At First Sight’.

What are your thoughts on couples that are going to have an adventure with strangers? You’re welcome to drop your opinions in the comment section below.