The 24th edition of the MAMA Awards kicked off on November 29 at the Kyocera Dome in Osaka, Japan. The awards that celebrate the best of Asian music are being held over the course of two nights this year.

The Mnet Asian Music Awards 2022 have the theme ‘K-POP World Citizenship’. The sub-theme for the first day of the ceremony was ‘The world we build together’. Continue reading to know the list of all the winners announced on the first day. 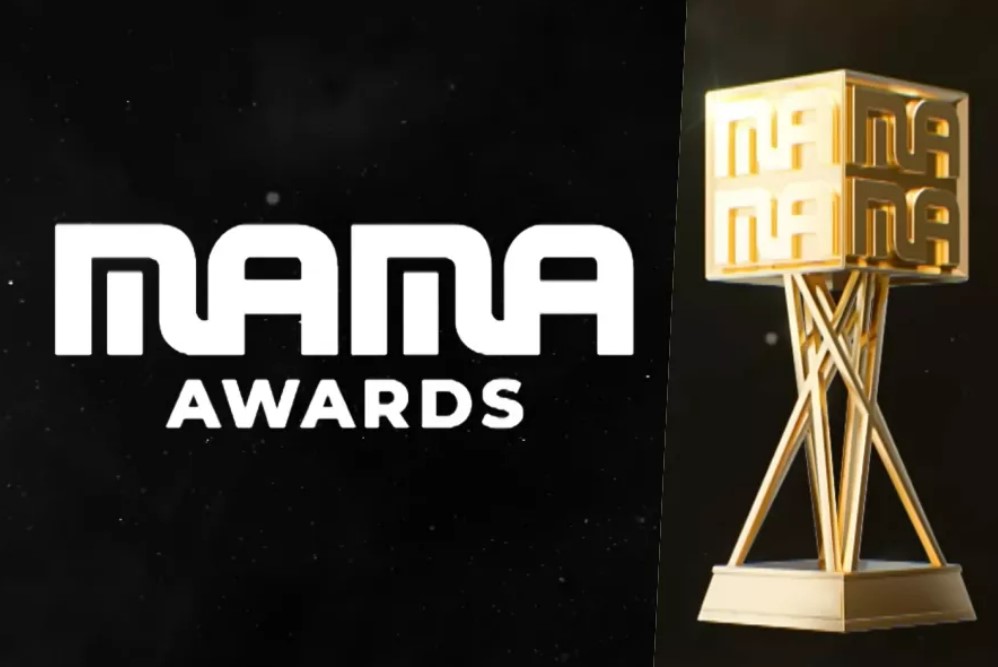 The award winners for Favorite New Artist, Yogibo Worldwide Icon of the Year, Worldwide Fans’ Choice, Yogibo Chill Artist, and Favorite Asian Artist were announced on the first day. Here is the full list of winners.

Nmixx is an all-girl group that debuted in February this year. Lily, Bae, Haewon, Jiwoo, Sullyoon, Jinni, and Kyujin are members of the group, which has released two albums, Ad Mare and Entwurf, both of which have received KMCA Platinum certifications.

Le Sserafim is another all-girl group formed in May 2022. All the members of the group Sakura, Huh Yun-jin, Kim Chae-won, Hong Eun-chae, and Kazuha were present at the ceremony to receive the award.

Worldwide Icon Of The Year Award

The Worldwide Icon Of The Year, or DAESANG, was presented to BTS. One of the most popular KPop groups in the world, BTS, includes RM, Jin, Suga, J-Hope, Jimin, V, and Jungkook. The group is currently on a hiatus due to the mandatory military training of the members, but that certainly has not affected their popularity. 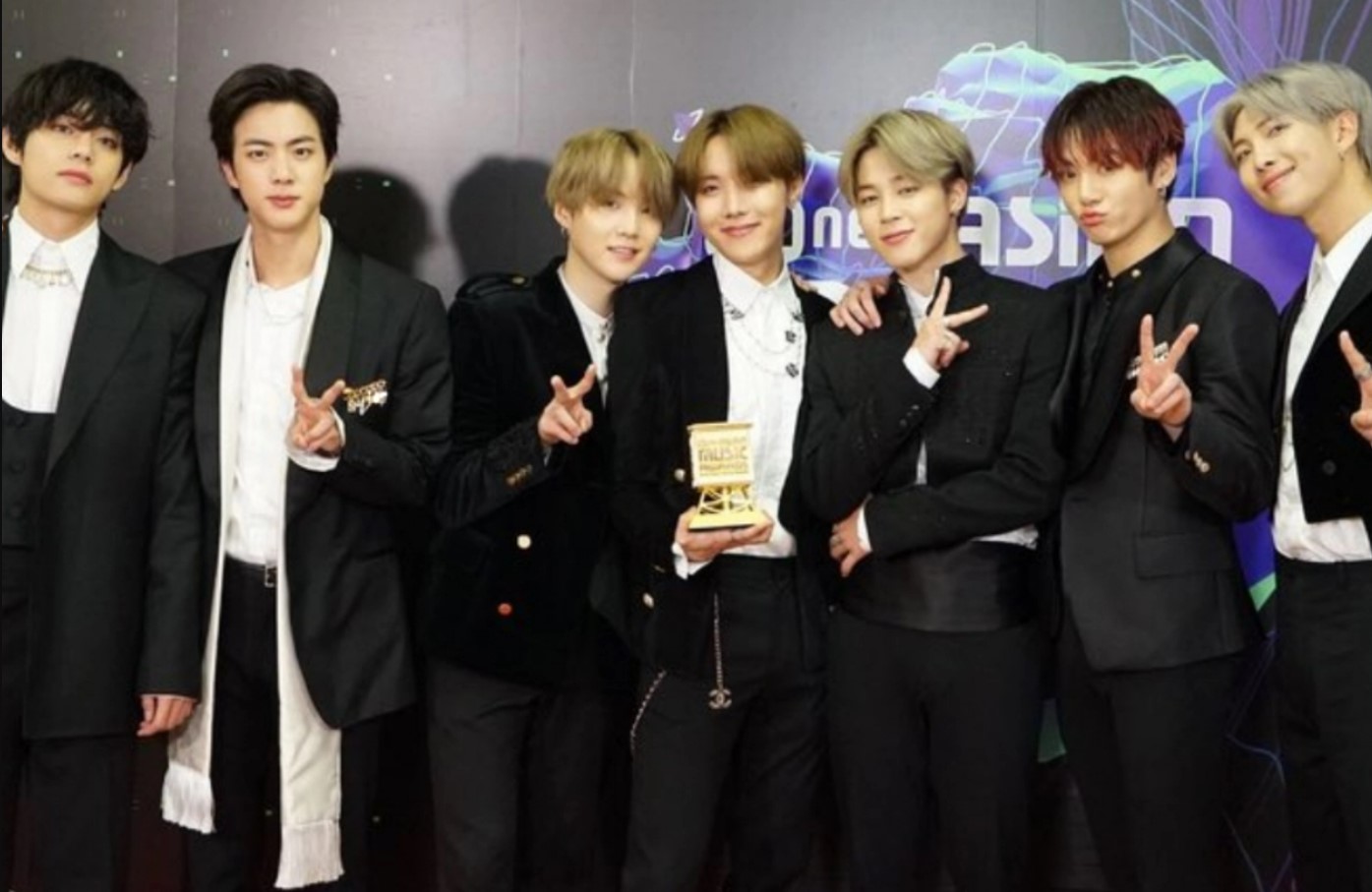 Stray Kids won the Yogibo Chill Artist Award at the ceremony on November 29. The eight-member group, which comprises Bang Chan, Lee Know, Han, Changbin, Hyunjin, Seungmin, Felix, and I.N, is known to be one of the biggest K-pop acts in the world. The group thanked their fans for their love and support. 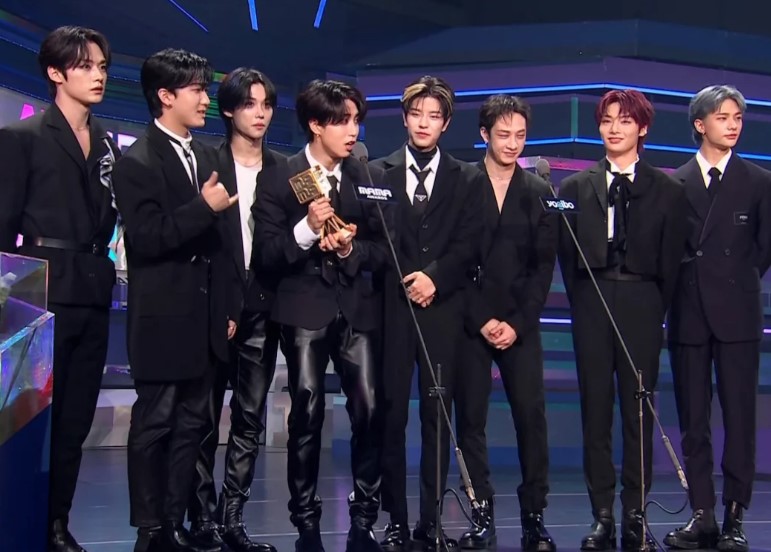 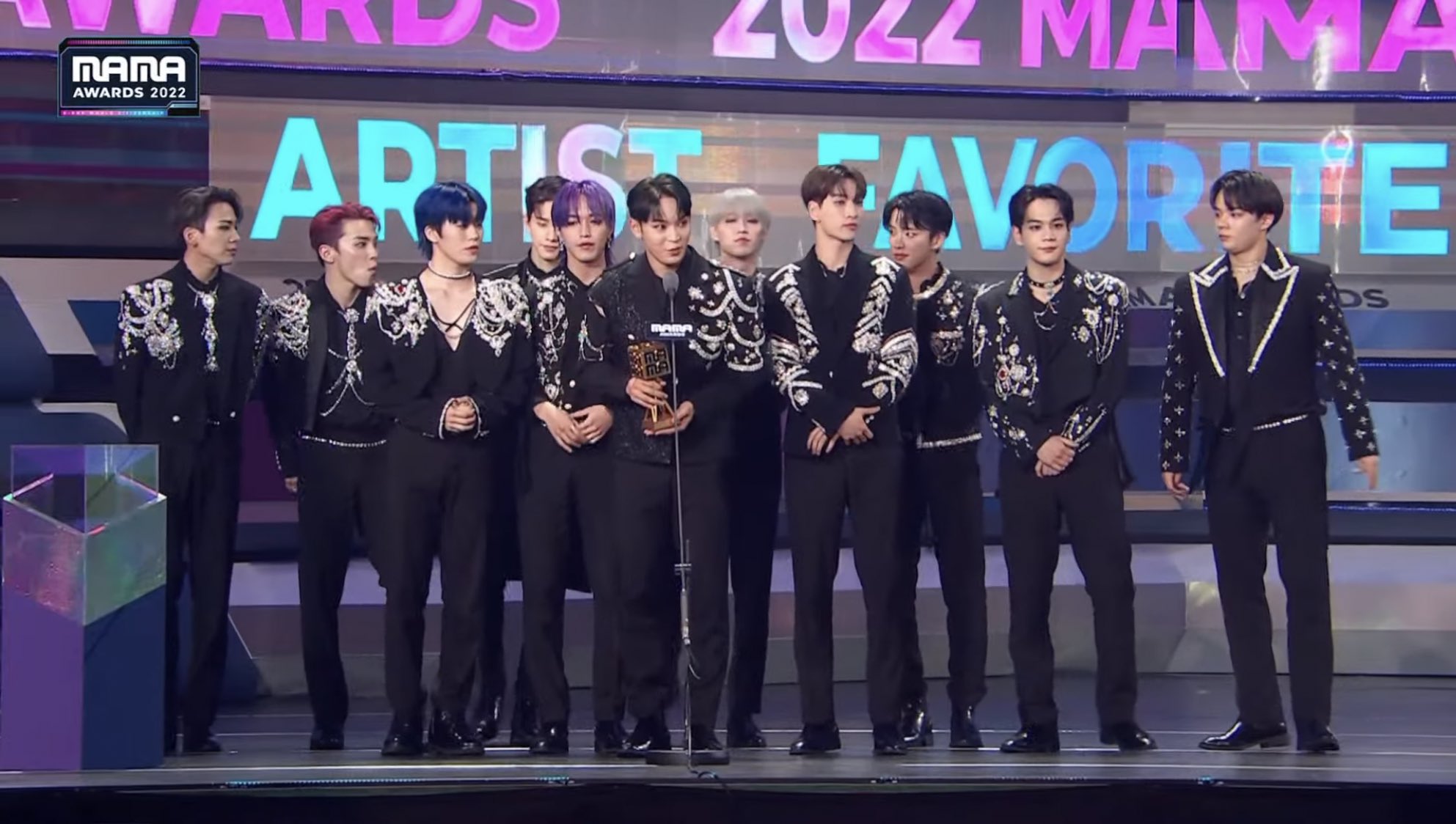 A total of 10 acts were presented with the Worldwide Fans’ Choice honor at the MAMA Awards 2022. The winners include Seventeen, BTS, Stray Kids, GOT7, TXT, Treasure, Psy, NCT Dream, Enhypen, and Blackpink.

The winners of the rest of the categories will be announced on November 30. Do check back to see the full list of winners once it is unveiled.