How often do we believe psychics are not blown away by their own future? Like is it possible for them to plan their whole life by seeing bits and pieces of their own life while doing someone else’s psychic reading? Well, I am not talking to That’s So Raven, I am talking about Hulu’s efforts for us to fall back into cute romantic dramas that leave us hoping to have either a perfect match for ourselves or at least a small superpower.

Well, Hulu has been making some incredible noise with its content game lately. With its banger entry into Emmy nominations and weeping a total of 58 nominations, the streaming platform is soon going to make it bigger than expected.

Speaking of expectations, Hulu’s recent romantic comedy has been setting some unexpecting records as the freshly debuted series is being talked about among cinephiles at every coffee table. The romantic comedy series “Maggie” has successfully managed to create a relatable show for millennials where we all can freely get weird out about dating and relationships.

The viewership of the show has proved to give hope for future seasons, but are we gonna get another season? Let’s find out!

Maggie’s gift of being an avid psychic came as an early Thanksgiving gift for the streaming platform as fans are already anticipating season 2. The freshly debuted series Maggie arrived on Hulu on 6th July with a big 13 episodes package.

Binge watchers must have finished the entire season in one night and started googling about the announcements for the further season. So, for those curious heads, it’s a little disheartening to say but there have been no updates about the renewal of the next season.

There have been no green flags released by either the platform or the creators yet. But it is also a notable thing to consider that it is a very early stage to be anticipating the future of the show as it just premiered on Hulu a few days back.

Considering the fanbase of the show, we can expect or imagine having a renewal announcement soon on our plates.

Maggie: What is the show about?

For those who were pestered by their friends to try out the new series and are looking to get a gist. The series revolves around a gifted psychic called Maggie. Like all of us, she is also a troubled adult swinging by the thread navigating from a bad relationship to another bad one. But what makes her different? She makes the most out of her boring life by sneaking into the possible futures of people around her.

She tells future happenings by holding a person’s hand and helping them navigate and plan their next moves.

But on a solid sunny day, she takes a glimpse of her future while reading a certain guy’s mind. That’s where the trouble begins and she starts thinking about the so-called “gift” that could nearly destroy her entire life with just a 10-second glimpse.

If you have made it this far, please don’t blame me because there has been a warning mentioned for you. The finale episode did try and made us excited for a second but everyone knows, there has to be more to Maggie’s story.

The last we saw Jessie found out that not only had Maggie and Ben kissed during their break, but everyone knew about it – even though she was mad at him for not telling her himself. She tried to make up with him, telling him she never felt the same way, but they still cared a lot for each other. She then tells Jessie she saw an image of them together in the future as a loving and married couple.

This helps Ben to take some load off himself and put things in place. He convinces himself to be prepared for the commitment and proposes to his long-term love.

Maggie asks to see the coin that is able to heal her, and she uses it as a way to finally make a commitment with Ben.

When she gives the coin back, her visions start up again but this time they show the picture of herself and Ben on their wedding day.

What Can We Expect from a Potential Season 2? 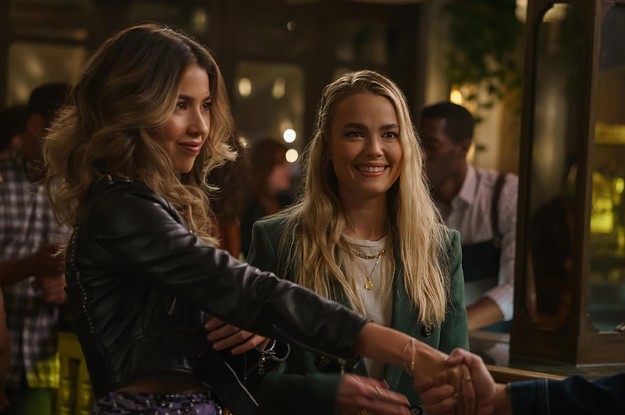 Considering how things ended in the last episode of the freshmen season, Maggie seems to have loaded her plate with full-circle drama.

Maggie and Ben have settled their differences and he is back with Jessie. Amidst this, can the drama be over so easily? We think Not!

Right t the end of the show, Maggy has another glimpse of her future and it includes a wedding with Ben. This means that there is still hope for the love they share, which is also why there’s been a triangle between her, Ben and Robbie. The upcoming season would definitely explore that thread as Maggie has seen the depths of her power as the mentor said she should, and she realized that she needed to see beyond hope in the future.

We can expect a certain twist coming our way including a possible glimpse into the future.

First and foremost thing, Rebecca Rittenhouse is going to reprise her role as Maggie in season 2 as she is the pivotal psychic character leading the show.

David Del Rio will also feature back as Ben in season 2. Chloe Bridgers will be coming back as Jessie in the season as the love triage seems to give a lot of story plots. We can also expect Ray Ford in season 2 as Maggie’s psychic mentor, Angel. Nikole Sakura would reprise as Louise.

The series was developed and picked by the production network ABC for their 2021 content roll but couldn’t roll the series for the next 6 months until Hulu decided to take a shot with the romantic comedy series.

As for now, there has been no renewal or cancellation announced for the series but we can hope for the best in the coming days!