Madonna Splits From Boyfriend Ahlamalik Williams After Three Years Together

Legendary singer Madonna and her 28-year-old lover boy Ahlamalik Williams have called it quits after dating for a total of 3 years. Read the article further to explore the relationship between these two. 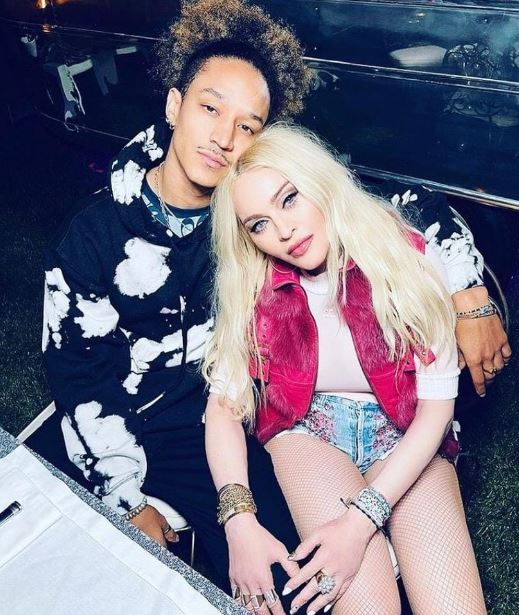 Why did Madonna and her boyfriend Ahlamalik break up?

As per the reports, the 63-year-old found it difficult to keep her romance alive with her boyfriend Williams as she is too busy with her work. Parting ways with a loved one is never an easy decision and especially when you have stayed with that person for a long period.

Madonna and Ahlamalik met each other for the first time on her Rebel Heart Tour in the year 2015. Then, he was one of the dancers on the tour with her. The two began dating after nearly four years in 2019. Since then, the couple has been spotted together out and about in public many times. The duo kept their relationship lowkey private and it was stated that she helped him to crack a deal with fashion designer Stella McCartney.

What did the close source have to say about the duo’s split?

A close source spilled the beans on the separation of the rock star from her beau Ahlamalik and told The Sun, “Madonna has thrown herself into a busy social life and has been seeing her friends and family after the split.”

The source further added, “She has a packed schedule, working on her upcoming biopic, new music, and looking after her family, things have been on and off with Ahlamalik for a while. There’s a lot of love but for now, they have decided to separate.” The close source concluded by saying, “They are still on good terms and there are no hard feelings but they are at different places with their lives, they spent months together on tour and in lockdown, but now he has moved out of her home.”

Here’s all you need to know about Ahlamalik Williams

Ahlamalik is an American dancer, choreographer, and social media influencer. He is also a songwriter. He was born on April 24, 1994, and belongs to Sacramento, California. He is the son of Drue Williams and Laurie Williams. His dad is a former United States Navy Officer and a dancer. His mother is a legal assistant at the Clark County Court System in Las Vegas.

When we talk about the siblings of Williams, he has a brother named Ahlijah Williams and two sisters named Leyana Williams and Princessneek Williams. His brother is also a dancer and he resides in Las Vegas while his sister lives in Arlington, Texas.

With the help of the Queen of Pop, Ahlamalik also tried to kickstart his music career. In the past, his father talked about the relationship between the two lovebirds and how she will help him to launch his career. He told The Sun “I believe too, in my heart of hearts, that she will help produce his music once this tour is over. She’s going to stick with him because of the talent he has.”

We can’t wait to see what Ahlamalik Williams has in store for all his fans in the times to come. Don’t forget to stay tuned with us for the latest updates from the world of showbiz.