Machine Gun Kelly is taking some extreme approach to wellness, and it appears like he’s got a bunch of blood-sucking “best friends”. In a nasty video Friday (Dec. 16), Machine Gun Kelly dropped a “puddle of slithering leeches” on his stomach. While Megan Fox and Kelly are known for their bizarre acts, this one seems a bit more like therapy to him. 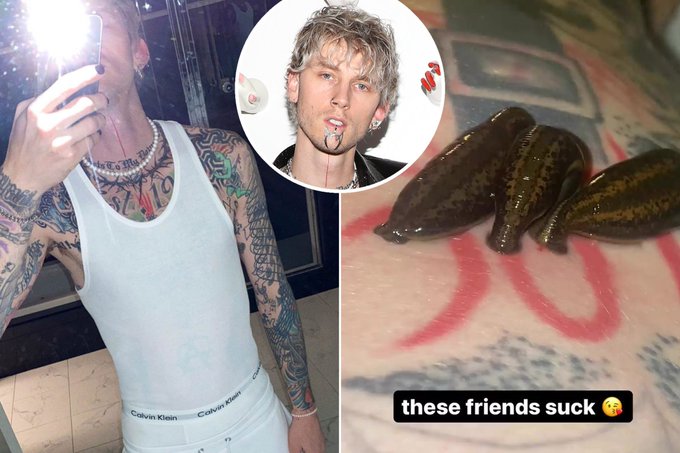 Machine Gun Kelly (32) has taken his wellness regime to next level in his new Instagram clip. The American rapper was seen dropping a bunch of blood-sucking leeches on his belly button. He captioned the Instagram story: “My best friends”.

What seems nasty, actually goes down in history as an effective therapy. Leech therapy has roots in ancient Egypt, and it is believed that it helps detoxify the liver and digestive system while improving blood circulation. 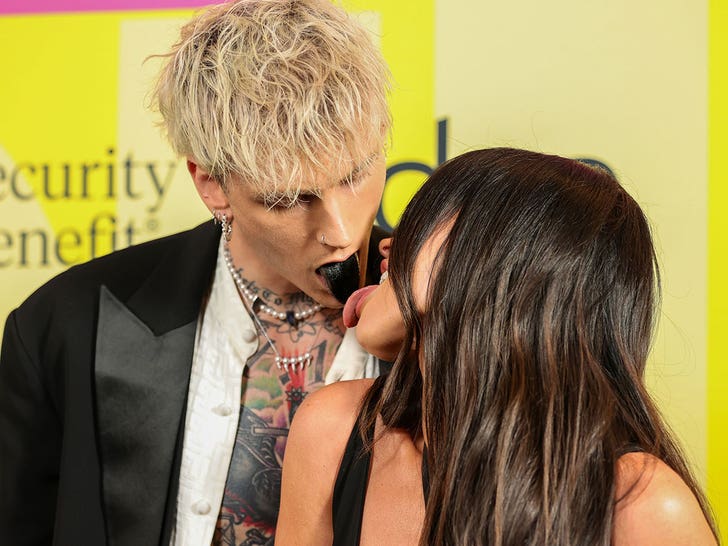 Machine Gun Kelly and his fiancée Megan Fox are known for their bizarre rituals. Previously, Megan and MGK revealed that the two drink each other’s blood as a part of a ritual. Megan opened up about this in an April interview and called it a ‘vampiric habit’. She said: 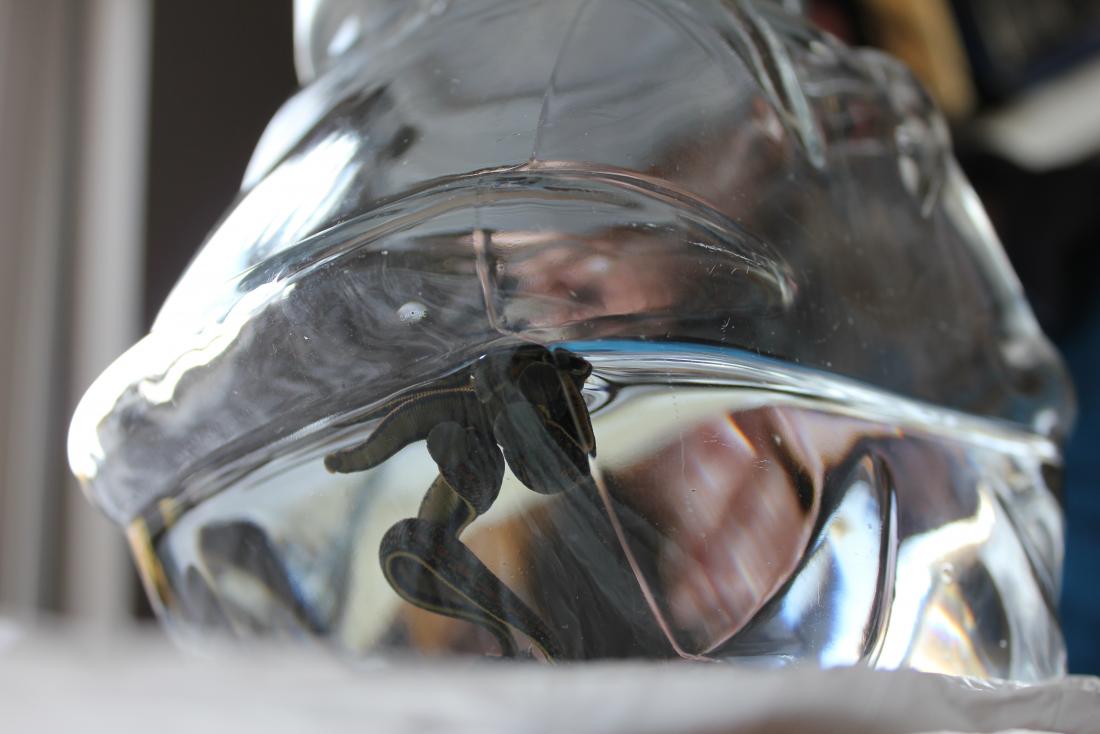 The use of leech therapy is as old as the Pyramids. Ancient records indicate that Egyptians used leech therapy more than 3,500 years ago. In fact, the tombs of Egyptian pharaohs also contain pictures of leeches. Apart from this, there are descriptions of leech medical treatment in ancient Greek and Roman texts.

.Leech therapy was used to treat a wide range of conditions. Records suggest that: “During the first few centuries AD, the leech was being used in parts of China and in Rome, where the Romans gave it its name, Hirudo. During these times, people believed that evil spirits were the cause of disease and thought that by bleeding themselves, they could get rid of the “bad blood”.”

However, the 18th and 19th centuries saw a scarcity of leeches due to their excessive use. Leeches would suck out the bad blood, which would be far less painful than cutting the part with the knife. Did you ever take leech therapy? Well, I’ve got bitten by some and it hurts!

As for MGK, this isn’t the first time that he’s posted something with leeches. In December 2021, he posted an exactly similar video. It involved leeches and MGK. In the freakish video, a bunch of slime leeches were seen doing their thing on his torso. He wrote in the caption: “These friends suck. Ha ha, they do! They also pulse horribly in the process, so … I’m sorry about that.”

MGK previously revealed that he uses cannabis and smokes it daily, describing it as a “source of happiness and a way people can feel a little more love [in their own right]”. He was also addicted to heroin and cocaine prior to 2020. In 2020, the artist revealed that he had formed an addiction to Adderall, and is seeking treatment.