Adele if you’re reading this, Luke Evans misses you! Yes, our Gaston from Beauty and the Beast has once again revealed his Adele fandom in an Instagram post.

He shared a video with the caption ” What I would have given to have been in that audience. Your voice Blows my mind @adele ❤️.”

The Fast & Furious 6 star has always been allured by Adele’s voice. His new Instagram post depicts Adele’s hit song “Hold On”. Oh well, the lyrics are so intriguing that anyone can fall for her voice.

On a fine day in New Mexico, he was chilling on Adele’s Hold On. FYI, Luke has been practising Adele’s song for a very long time now. And boy, he sounds stellar. In an interview, the 42-year-old star revealed his addiction to Adele. He said:

“This is what I do on a Sunday morning, guys: learn Adele tracks. “I FaceTime my mum when I learn a new song; she loves that. She tells me whether I should just drop it then or maybe learn it a little better. Now I sing it all the time.” So yea, Adele you have a hot fan on your list.

If you remember, He also performed a shirtless Adele song “When We Were Young” on EllenDeGeneres’s show in 2017. He even Facetimed his mother to show his skills. Well, the boy surely knows to pull high notes. Check out this tweet:

The Fast & Furious 6 star currently has 3.2 million followers on Instagram. He is known for posting shirtless pictures flaunting his admirable physique. Luke is too fit for his age. He is full of life and dreams. 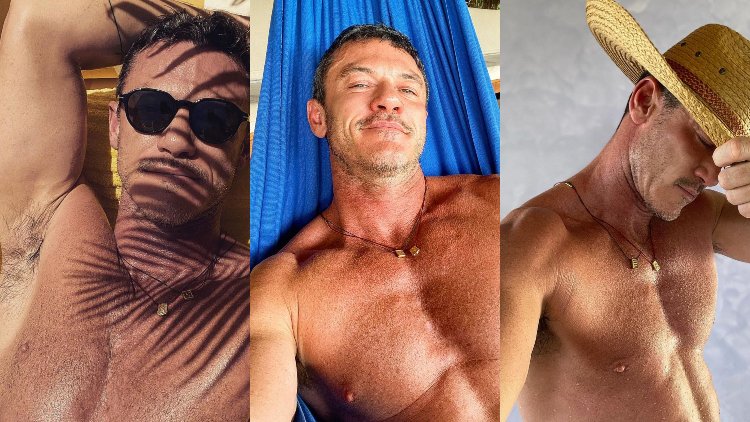 You’d always find him travelling to places and capturing nature. The Welsh actor is actively supporting Ukraine amid the ongoing Russia-Ukraine war. He recently promoted donations for Ukrainian children.

Luke recently posted on Instagram with the caption “The 8-year conflict in Ukraine has now worsened…Please help by supporting @savechildrenuk Emergency Fund today or text CRISIS to 70008 to donate £5 Your donation will allow their teams to help children in crisis.”

The Welsh actor and singer, is known for his intense voice. He has done a few singles and studio albums in previous years. He even did a tour “At Last! The Live Tour (2021)” in 2021. Have a look at his previous works in the music field:

Luke Evans has time and again revealed his love for Adele’s work. We hope that one day the two can perform a piece together. The “Adele-icious” Evans deserves it. He has a fine music career apart from a stellar acting career. What do you think about this?