Lizzo is Officially in a Relationship; Boyfriend Identify Still Unknown

Valentine’s day is long gone but the buzz that the day of love created is certainly not letting us settle with the fact that some of our favorite artists are in secret relationships. Talking about secret relationships, the music superstar Lizzo has finally revealed the man of her life in an exclusive interview. Here’s everything you need to know.

Lizzo Confirms She’s in a Relationship

The interview with Andy Cohen that happened on the 18th of April is doing rounds on the internet for probably the right reasons.

The Truth Hurts singer, Melissa Viviane Jefferson, professionally known as Lizzo has revealed a shocking update about her personal life. The Music artist has finally revealed that she is in a relationship.

But before you get excited about the lucky name, it is not Chris Evans. Sadly that rumour has failed miserably as Lizzo herself confronted that one to the world. Lizzo has shared about her relationship on the Radio Andy Show hosted by Andy Cohen on the 18th of April.

When asked if she is still with the mystery man she was seen leaving dinner scenes at the night of 14th February, the Cuz I Love You, singer, hysterically replied with, “Yeah, Whatever, yeah” followed by a big laugh from her.

Lizzo did not give any details about the mystery man that she is dating but she did reveal that the man has been in her life supporting and cherishing her.

She also mentioned that he was present on the Saturday Night Live show where she was asked if she is dating a little white boy from Hollywood.

According to various reports, Lizzo has been seen with this mystery man since last October. The couple was seen leaving dinner at Crustacean restaurant in Beverly Hills. Since then, the couple has been photographed for quite some time. 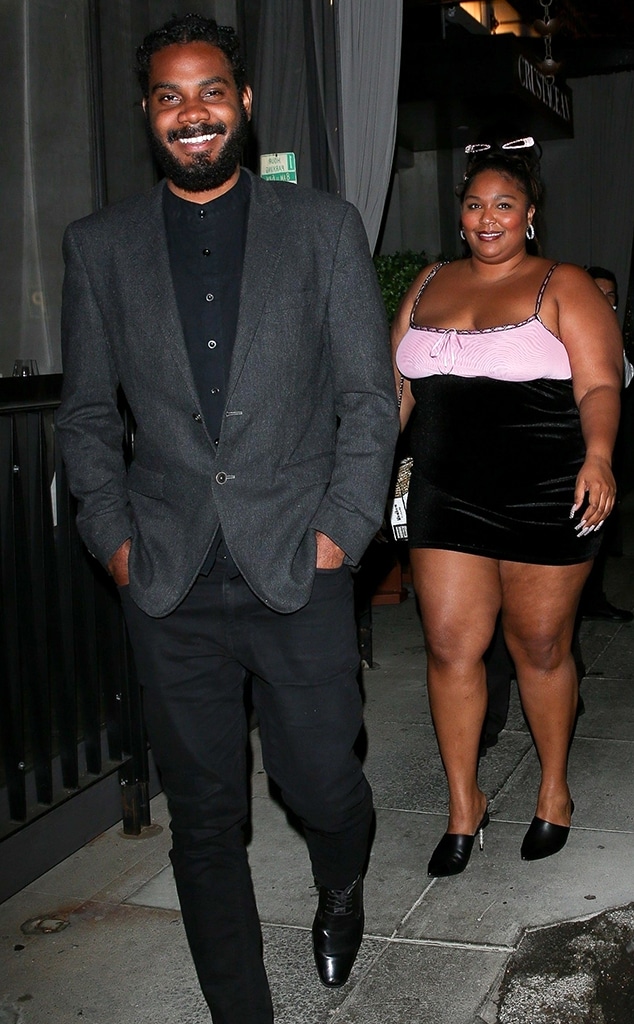 In a couple of interviews back in February, the 33 year old Singer did admit that she was “in a little bit” love when talking about her upcoming music projects. She described the upcoming project as a “love album”.

In March 2021, back when she never discussed any of her personal life, Lizzo was seen with the same mystery man on a balcony in Malibu, Calif.

Recently, Lizzo was seen hosting the popular Saturday Night Live opening and took the intro with a riot.

She opened her intro act with her most popular song, “I just took a DNA test” and the audience came together to sing the rest.

She also talked about a few rumors that have been spreading about her. Especially her dating life and particularly “the white boys from Hollywood”.

She said that she has heard a lot of gossip online that she is dating every little white boy from Hollywood. She also mentioned the one rumor about being pregnant with Chris Evans’s baby. Although she did mention that she was the one who started it as she talked about being pregnant with Chris Evans’s baby in a TikTok video. She ended the sentence with, “It’s called manifesting”.

The truth hurts but the Coconut Girls is finally in a relationship as admitted by her.