Lisa Kudrow is well-known for playing the role of Phoebe Buffay in the hit show Friends. For those of you who are unaware, let us tell you, Phoebe Buffay might have ended up marrying Paul Rudd’s character Mike on NBC’s beloved show Friends, but off-screen Lisa Kudrow found her happily ever after with Michel Stern.

The Friends star Lisa Kudrow and her husband Michel Stern have been making it work since the year 1995. The love story of these two lovebirds didn’t have a fairytale beginning but it surely found a happy ending. 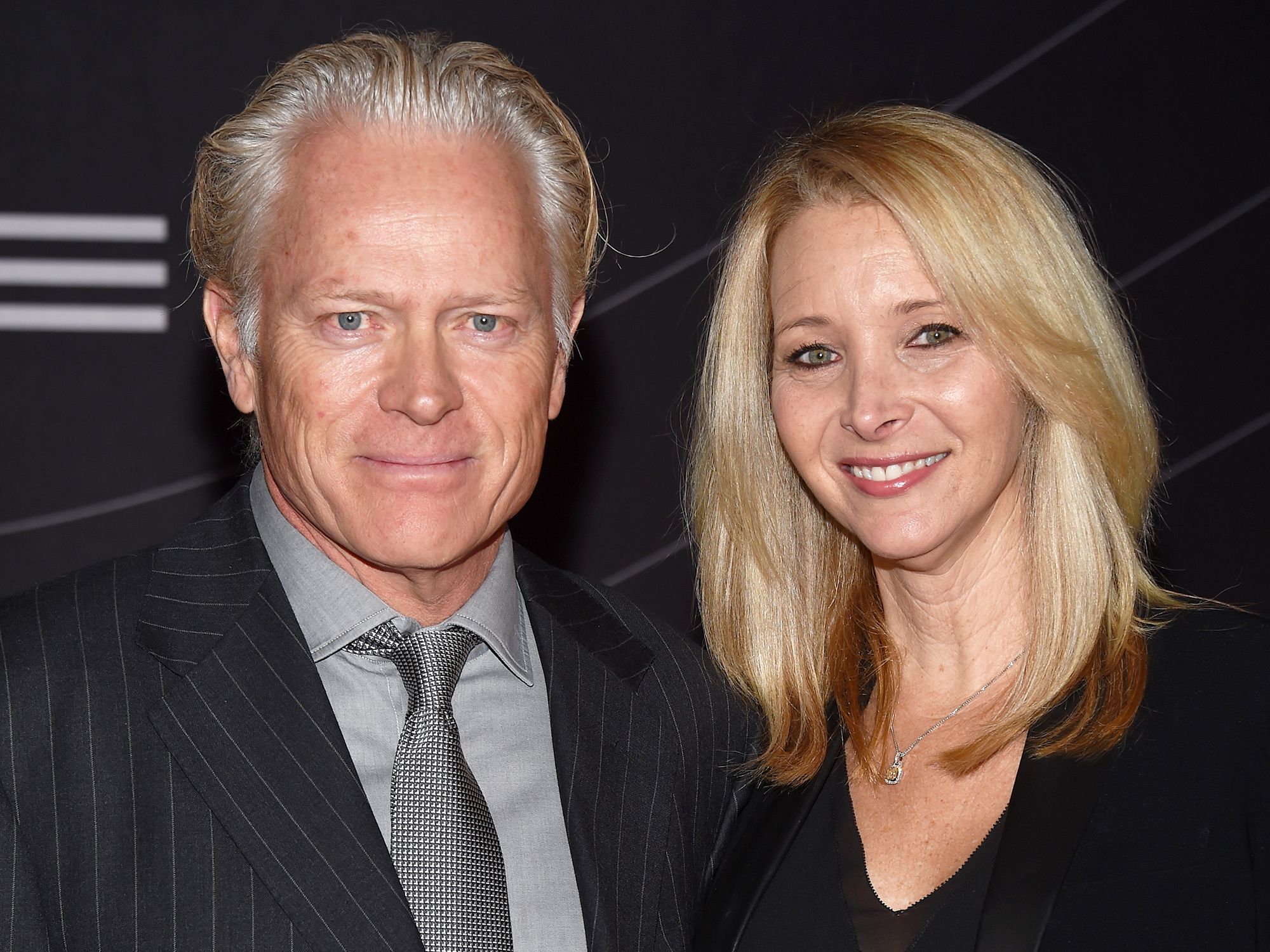 Lisa Kudrow tied the knot with her husband Michel Stern who works as an advertising executive in the year 1995 and the two of them have been together ever since then. Continue reading to know more about the pair’s whirlwind romance.

How did Lisa Kudrow and Michel Stern meet each other?

As per the reports in People magazine, Lisa Kudrow and Michel Stern met each other for the first time in the 80s in France. It was love at first sight for Kudrow but the two of them didn’t start dating immediately after their first meeting as he wasn’t single at that point.

Lisa met Michel when he was seeing her French roommate. Back in the day, The Girl on the Train actress and Michel crossed paths as he was dating Kudrow’s roommate. As per the reports in The Daily Mail, Lisa said, “I was living with [a] French girl and he had just moved here and they were dating when we first met. But I’m freakishly polite, so I saw him and went, ‘Well, he’s the perfect man and it’s all ruined because now they’re together and I can’t (make a play for him).'”

Kudrow recalled and went on to say, “I thought that that’s not nice to flirt. But the minute I saw him I went, ‘Well, that’s it, there he is.'” Lisa’s roommate and Stern dated for two and a half months before calling it quits.

When did Lisa Kudrow and Michel Stern get married?

The ad executive and the Hollywood actress reconnected a couple of years later. In a 2015 interview with Mail Online, Lisa said, “Six years later I met him again at her birthday party and we just never stopped. We’re still friends.”

Once, Lisa and Michel reconnected, they hit it off instantly and didn’t waste any time to take their relationship forward. The two of them tied the knot in the year 1995. They exchanged their vows on May 27, 1995. Lisa’s husband Michel Stern is an ad executive by profession. According to the reports of The New York Times, he was born and brought up in France. He shifted to the United States to pursue a career in advertising.

Over the years, Michel Stern has managed to be successful in the industry. He has been able to keep his personal life private despite being married to the Mad For You actress Lisa Kudrow.

How many kids do Lisa Kudrow and her husband Michel Stern have?

Lisa Kudrow and her husband Michel Stern share one child, a son named Julian Murray Stern. The couple welcomed their son into the world in the year 1998. Lisa and Stern found out they were expecting their first child together while she was working on season 4 of the sitcom Friends.

At that point in time, the makers of the show Friends wrote Lisa’s pregnancy into the fourth season of Friends. Then, her character in the show, Phoebe was shown having triplets as a surrogate mother for her younger half-brother Frank (played by Giovanni Ribisi) and his wife Alice (portrayed by Debra Jo Rupp). 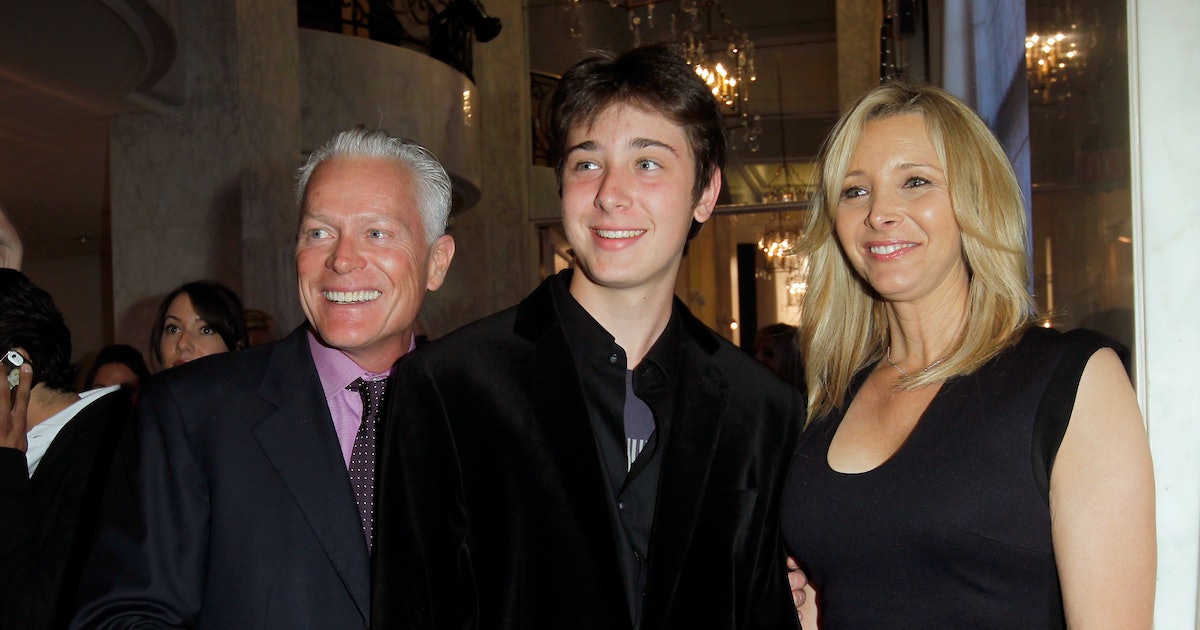 Kudrow talked about a sweet change that happened on set when she was pregnant. She added, “And when I was pregnant, then they would say, ‘Have a great show, love you love you — love you, little Julian!’ ‘Cause we knew it was a boy and that was his name. So sweet, they included my little fetus in the huddle.”

Lisa and Michel’s son is all grown up now. Last year, the pair’s son Julian graduated from the University of Southern California. In 2021, Kudrow shared a beautiful snap of herself and her son from his graduation day on the social media platform Instagram. She simply captioned the picture, “Happy proud HAPPY. And a little crying. By me not him..  @juls_magewls.” Lisa is rarely seen sharing family snaps on social media but over the last couple of years, she has surely made a few exceptions for special occasions such as her son Julian’s graduation or birthday.

On May 7, 2020, the Romy and Michele’s High School Reunion star took to her Instagram to mark the special occasion of her son Julian’s birthday. At that time, she shared a photo of her son’s makeshift birthday celebration. “Happy birthday my lovely son! @juls_magewls  Thank you @bakeditmyself,” she wrote alongside the picture. The snap showed all the attendees, socially distancing themselves and wearing face masks.

At one point, during the Covid-19 pandemic, Lisa and her husband Michel were apart for weeks

Yes, you read that right. During the Covid-19 pandemic, Lisa and her hubby Michel were apart for a couple of weeks. In a virtual interview on Jimmy Kimmel Live in May 2020, Kudrow disclosed that she and her husband Michel had not been spending a lot of time together.

Then, Kimmel asked the P.S. I Love You star who she was quarantining with and she stated sometimes with her son Julian and her husband. Lisa told Jimmy, “We were all together in the desert because we have a house there. And then there was the lock-in, so we just stayed put.” Kudrow further added, “But that house needed work … And then what happened was, it got to be hotter, as it does in the Palm Springs area, right? So, it was too hot for me.”

Around the same time, Lisa and Michel celebrated their 25th wedding anniversary together. She continued, “We are so used to not actually being able to be together on our anniversary that we were like, ‘Oh, well. Does it matter? I love you. You still love me? Yeah. Great. We’re good.'”

Despite the fact, that Michel and Lisa tend to keep their relationship private, they have stepped out together in public on various occasions. Over the years, Michel Stern and his wife Lisa Kudrow have walked many red carpets together.

In the year 2005, Stern and Kudrow were snapped together by the paps at the premiere of HBO’s series The Comeback. Prior to that, the two of them were spotted looking gorgeous together as they hit the red carpet at the 10th Annual Screen Actors Guild Awards. What is the secret to the long-lasting marriage of Lisa Kudrow and Michel Stern?

While having a chat with Glamour magazine in 2014, Lisa Kudrow spilled the beans on her marriage to her husband Michel Stern. The couple has been together for more than 2 decades now. She went on to say that she and her husband Michel are committed to their marriage and also gave some of her best relationship advice.

At that time, the Happy Endings actress told the publication, “When [Michel and I] decided to get married, we understood: We’re not promising to love each other forever, because you can’t do that, but we are promising to work on whatever problems come up. We’re committed to our marriage working. It turns out, after you have a history, there’s such a bond, and love takes another shape. But, oh, I don’t want to jinx it — I’m superstitious!” 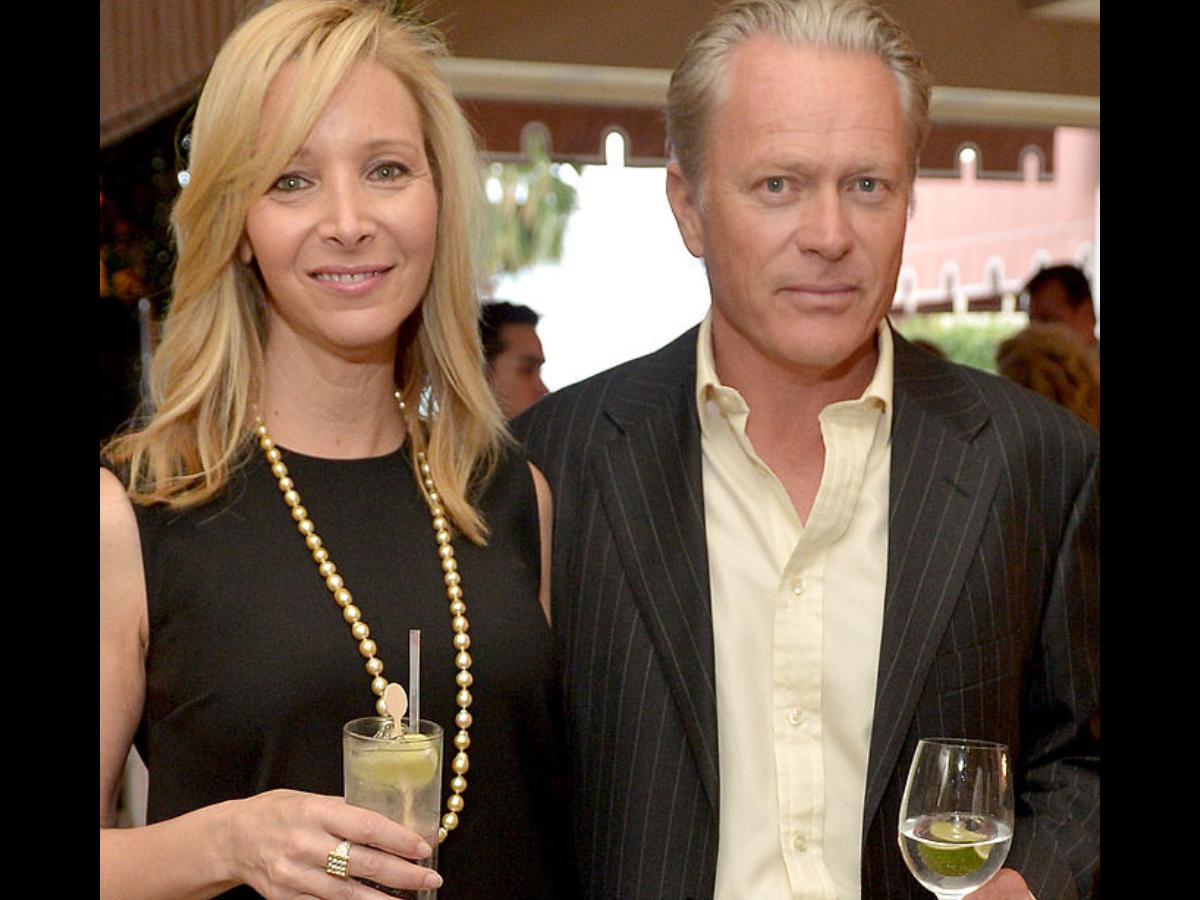 Lisa also talked about the importance of maintaining your independence while building a solid and strong partnership. She added, “[Michel and I] respect each other’s independence, and I don’t mean that as a euphemism. I don’t mean relationship-wise outside the marriage. Clear? But I don’t like to travel. So if he wants to go on a golf trip, he goes.”

She concluded by saying, “I think people get in trouble [when they assume they’re] supposed to be one unit, in sync about everything. [Marriage] is like being on a team. Each teammate is different, but you have the same goal.”

Lisa Kudrow and her husband Michel Stern may have kept their relationship away from the spotlight, but the two of them make us believe that true love exists. They have been with each other through thick and thin for the past 27 years.

Did you like the love story of Lisa Kudrow and her husband Michel Stern? Kindly let us know your thoughts on the pair’s fairytale romance in the comments section below. Don’t forget to stay tuned with us for the latest updates from the world of showbiz.