Linda Evangelista is making her way back to the world of fashion! Not long ago, the supermodel starred in the latest campaign of Fendi. She has managed to grab the eyeballs of the fans with her glamorous picture.

It’s been a while since we have seen Linda in front of the flashing cameras but they say it right, better late than never. Keep scrolling further to see the stunning photo of the model from her recent campaign for Fendi. 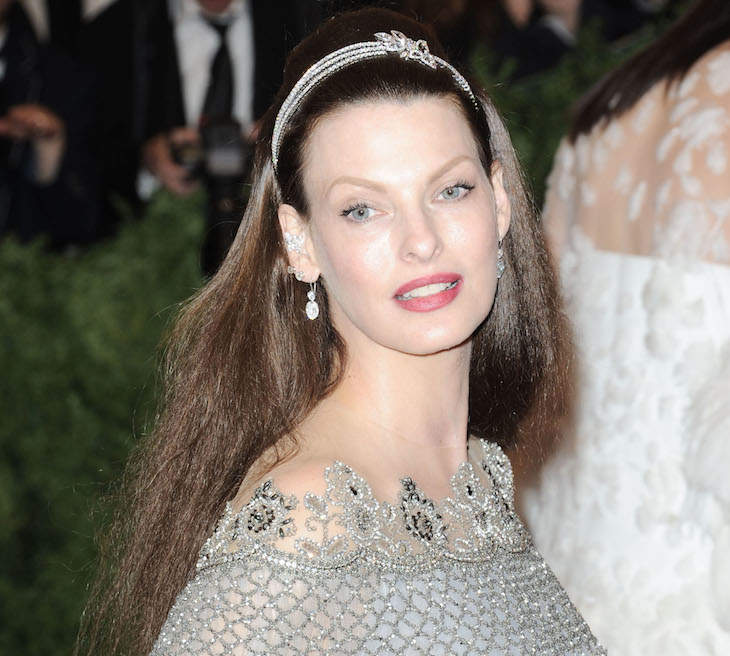 The Fendi campaign is Linda’s first modeling gig after her CoolSculpting procedure that left her face disfigured. For the campaign, the model can be seen posing in a couple of hats and purses. She dropped a picture from her Fendi photoshoot on Instagram.

The 57-year-old model promoted an upcoming Fendi Fashion Show that will mark the 25th anniversary of the brand’s iconic baguette-style bag in September. She went on to say that she is so grateful to the team involved in the campaign. How did the celebs react to Linda’s return to the modeling world?

As soon as Linda made her comeback to the modeling world, many of her fans and friends couldn’t keep their calm after seeing her first campaign since her fat-freezing nightmare. They filled the comments section of her post on Instagram with beautiful messages.

Her fellow supermodel Marpessa Hennink wrote, “And the fashion galaxy and me are grateful you’re Back LILLI!” meanwhile Carla Bruni commented, “U look so good dearest” and Karlen Elson added, “Oh my god YES LINDA!” Georgia Louise penned, “This photograph made me so happy, can we please also celebrate you Linda? Look at you, absolutely beautiful. I’m the luckiest girl in the world to be taking care of your skin. I love you.”

Linda opened up about her CoolSculpting procedure in September 2021

For those of you who are unaware, let us tell you that CoolSculpting is a fat-freezing method that helps you to get rid of the stubborn fat from certain parts of the body. It freezes the fat cells that don’t respond to exercise and diet habits.

In September of 2021, the OG supermodel shared with her fans all over the world how the surgery left her face disfigured. To date, she has been featured on more than 700 magazine covers. The Canadian model wrote, “To my followers who have wondered why I have not been working while my peers’ careers have been thriving, the reason is that I was brutally disfigured by Zeltiq’s CoolSculpting procedure which did the opposite of what it promised.”

The cosmetic surgery did not affect just her physical health but also her mental health. At one point, Linda fell into a cycle of deep depression, profound sadness, and the lowest depths of self-loathing.

Did you like Linda’s photo from her campaign for Fendi? Kindly let us know in the comments section below. Don’t forget to stay tuned with us for the latest updates from the world of showbiz.