“Thank you, Dad, for being such an inspiration,” a proud daughter says to her father.

Lilly Collins, the star of the show ‘Emily In Paris,’ recently celebrated her father Phil Collins’ final concert with the band Genesis, as well as Lily’s younger brother Nic Collins.

As we know every sister, would have been delighted if her brother or father had accomplished something noteworthy. 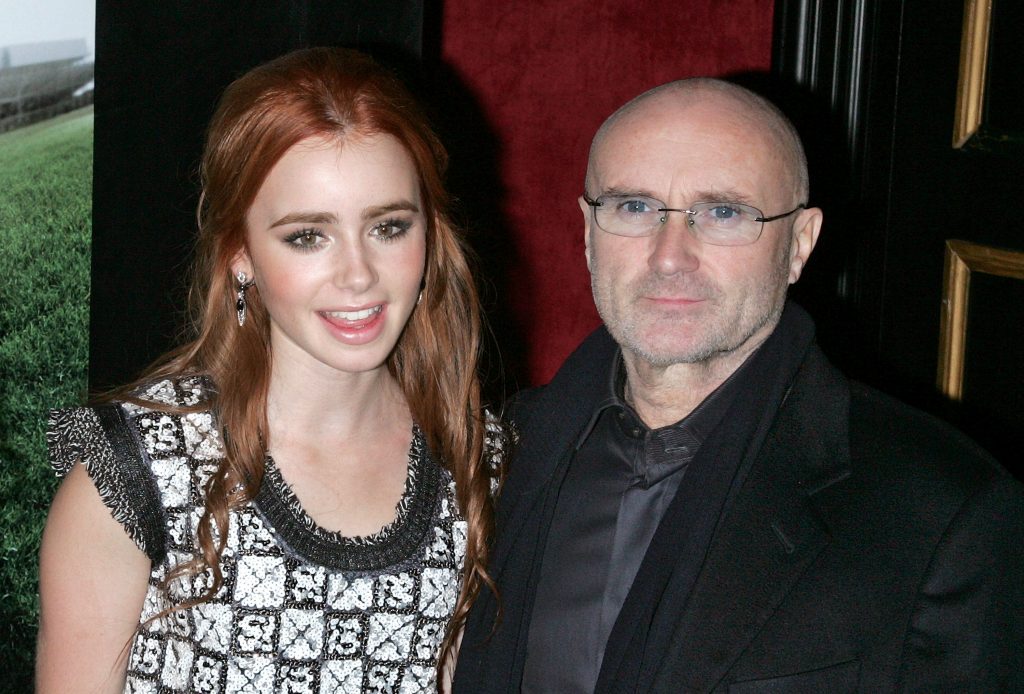 And Lilly’s pride can be seen in her Instagram feed. That is half-filled with photos from her brother and father’s final concert. And it turned out to be amazing and is still being spoken about by many people.

Read further to know about the things she has posted on her Instagram handle. Emily in London.

Lilly Collins shared photos from the concert, including one of her seated on a board with the word “Genesis” (an English rock band) inscribed on it.

Here’s what she wrote as a caption for the photo: “Tonite marks the end of an era. To have witnessed this last show was truly the memory of a lifetime and an event I shall hold in my heart forever.

Endlessly grateful doesn’t begin to do it justice. So much love was left on that O2 stage and an even bigger amount shared between an audience who didn’t want it to end.” 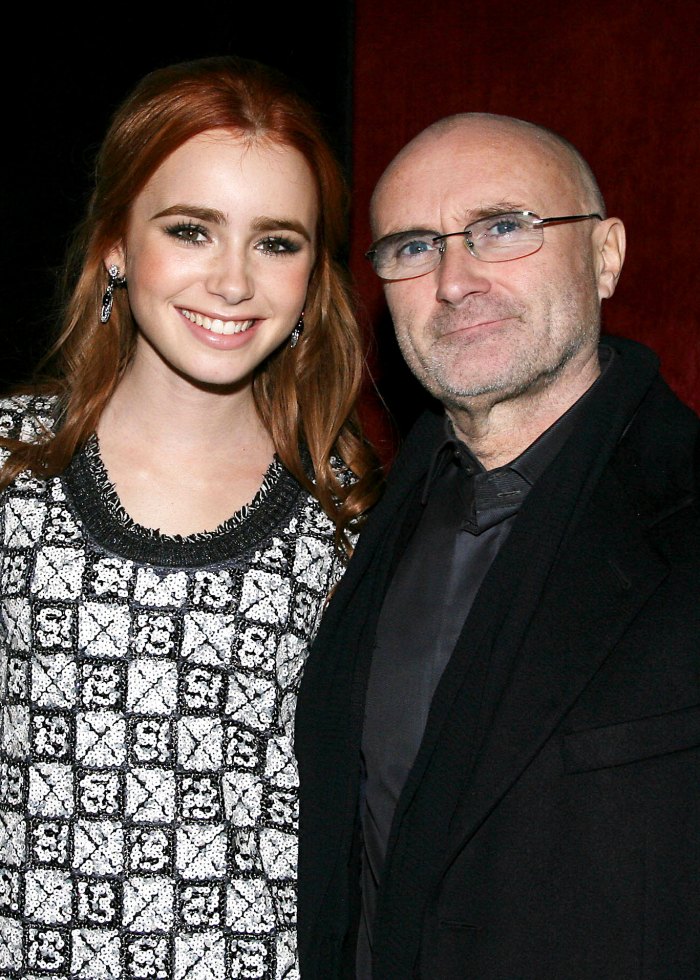 She added some proud words to her dad and brother for making her so proud.

“Thank you [Genesis] for the memories, thank you Dad for being such an inspiration, and thank you [Nic] for making me the proudest sister there is. 50 years of songs later and still generations more to celebrate you long after this tour has finished,” the Windfall star wrote.

A truly loving husband is always delighted for his wife’s happiness, and Charlie is exactly that kind of spouse.

He didn’t seem to write less about his brother-in-law and father-in-law in his stories. Indicating that he is stunned of watching “the greatest shows ever.” 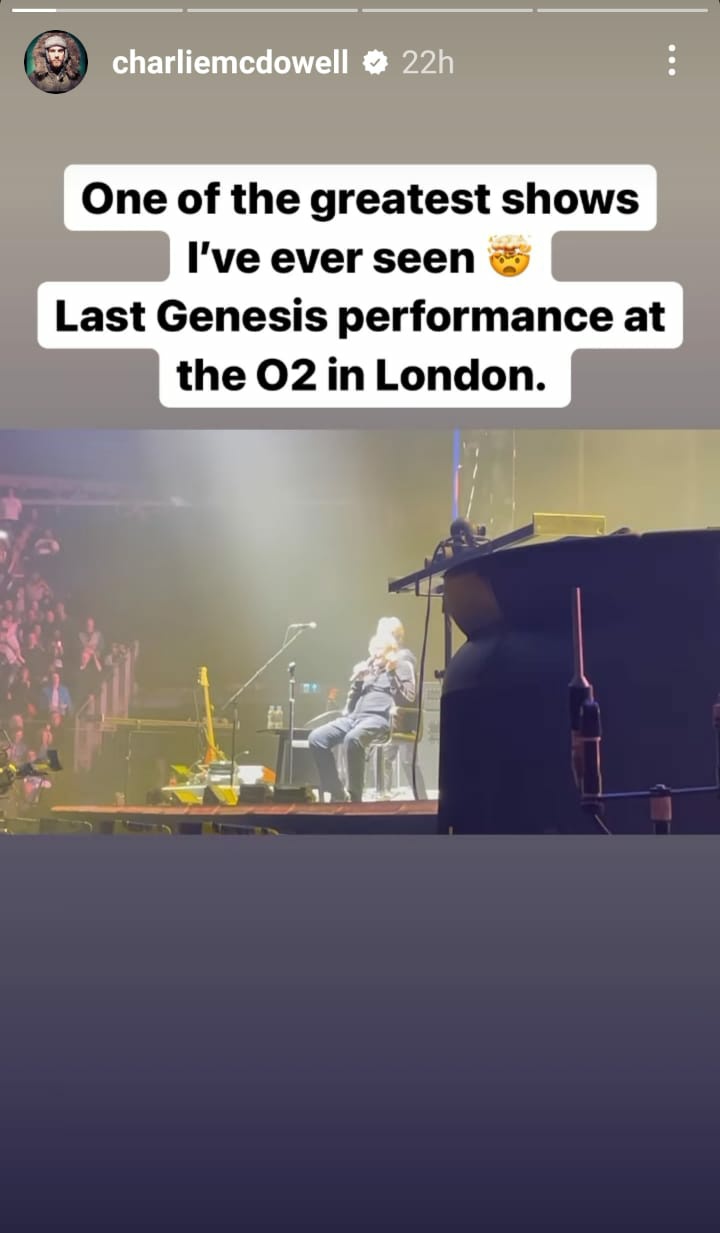 He posted the story saying: “Basically the audience doesn’t stop clapping for a very long time because they know they’re witnessing greatness.” 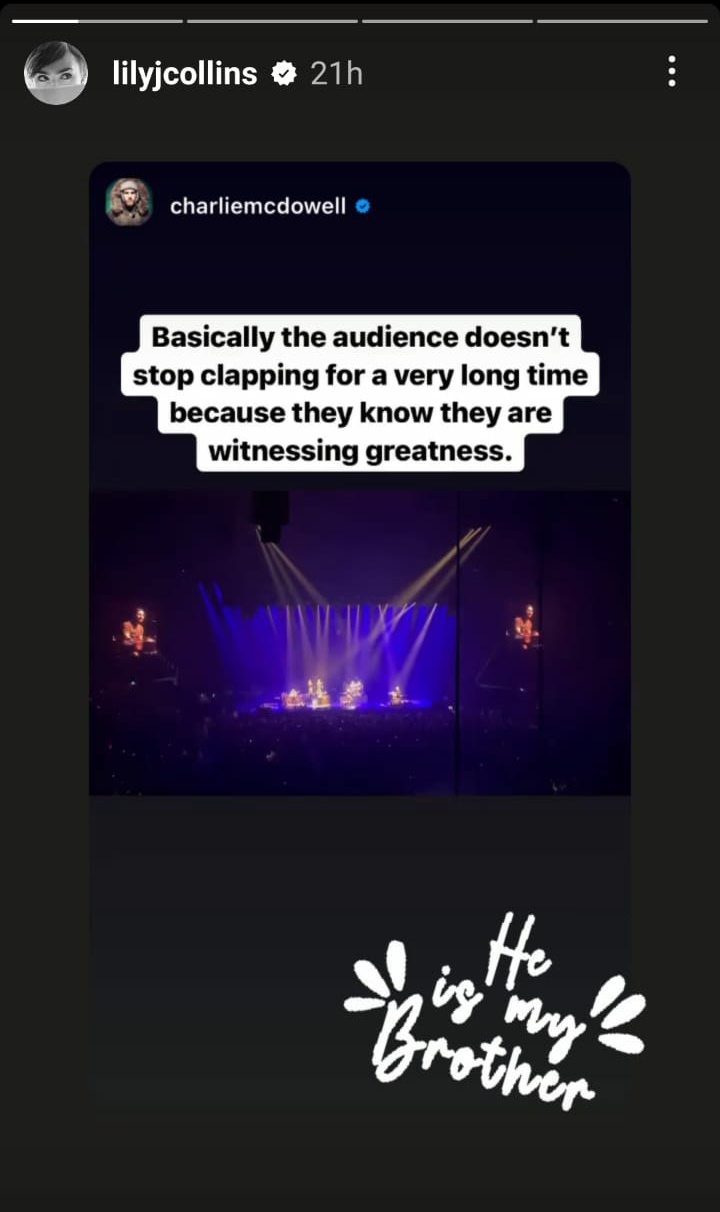 In other stories he posted, that how good the concert was and his brother-in-law, Nic Collins, “is truly one of the talented musicians on the planet” and that his ‘mind is blown’. 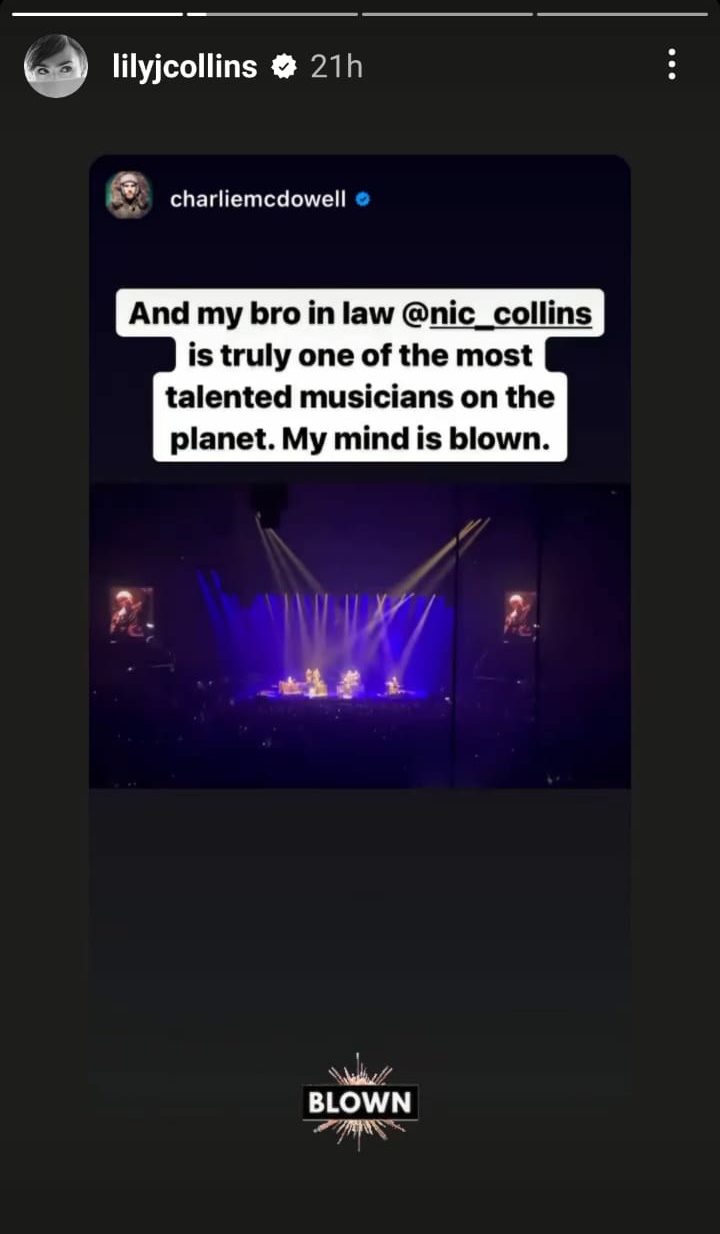 Lily And Her Father Had Some Complex Relationship In The Past

In the past, the father and daughter had a tumultuous relationship. Lily forgave her father for whatever troubling thoughts she had in the past in her 2017 biography, Unfiltered: No Shame, No Regrets, Just Me.

“Because my dad was often gone, I never wanted to do anything that would make him stay away even longer,” Collins wrote in the chapter titled “A Letter to All Dads,” an outlet reported at the time. 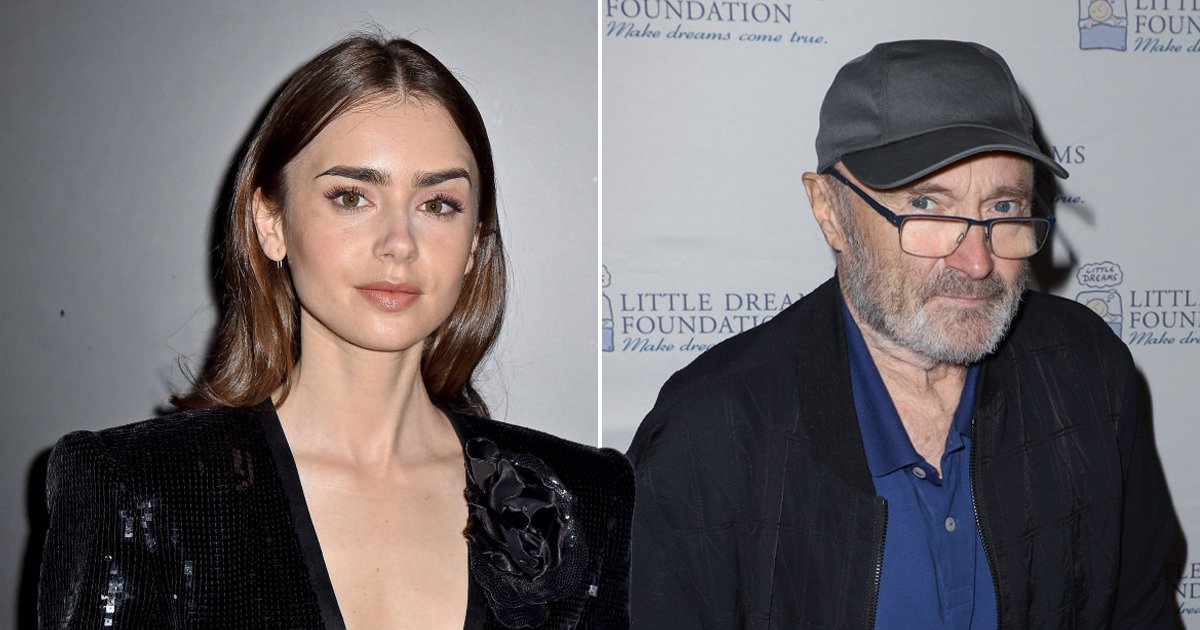 “I became extra careful about what I said and how I said it, afraid he’d think I was angry or didn’t love him. And the truth is, I was angry. I missed him and wanted him there.”

However, everything appears to be fine with the father and the daughter now. As Lily is proudly sharing about her father’s achievements. 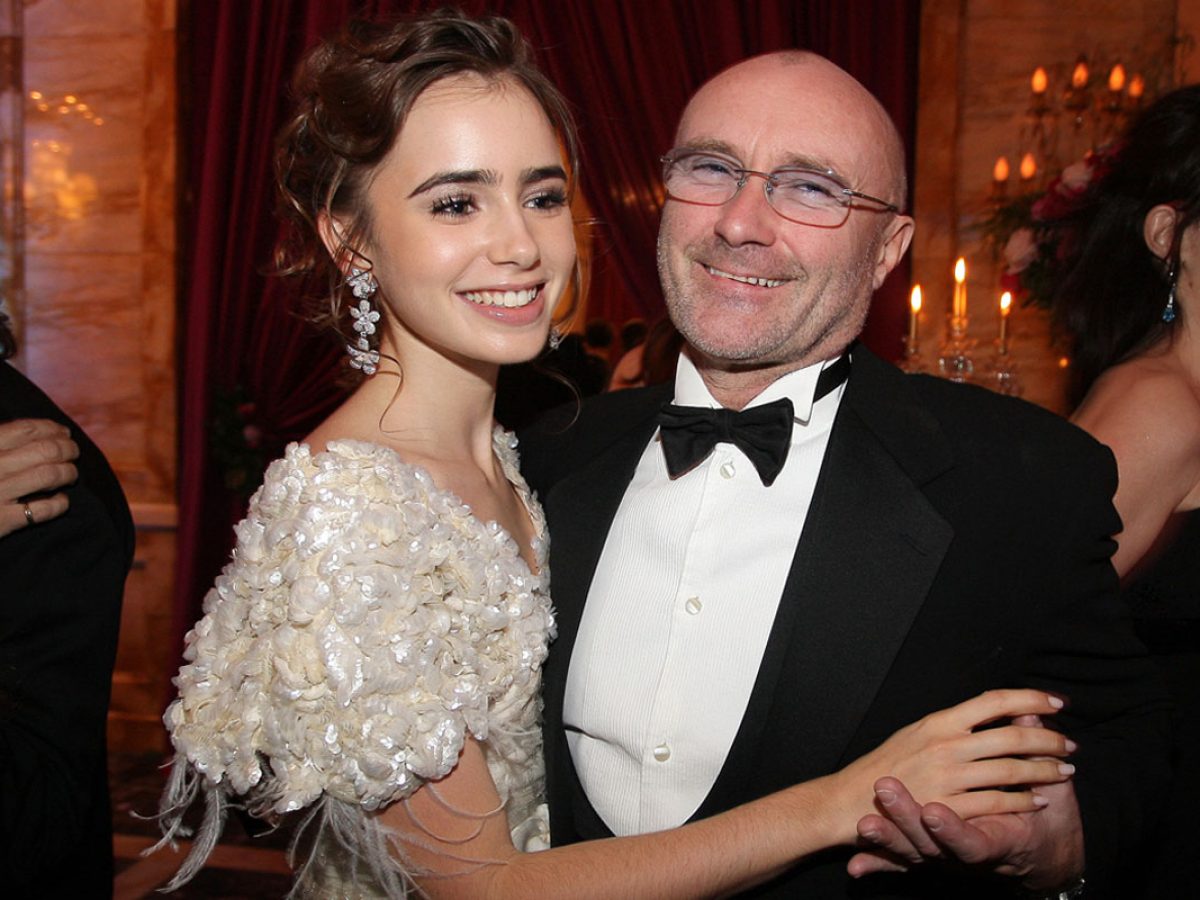 Have you seen this ‘wonderful’ concert yet? If not, then you’re missing the most enjoyable thing.

Or if you have already watched it, don’t forget to share your thoughts about the concert in the comments section below.